I seem to have something in my eye. Dust, probably.

Zelenskyy not only said that Ukraine would host Eurovision next year, but that if he had his way, they’d host it in Mariupol.

I suspect that’s a wee touch optimistic, but it’s an optimism I can get behind.

Yeah, that is some fucking seriously moving agitprop alright. I hope it pissed Putin and co. off mightily. 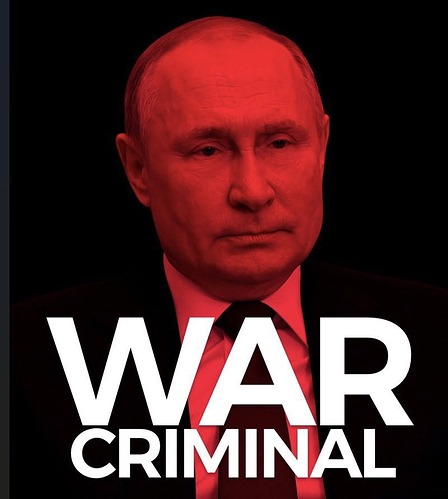 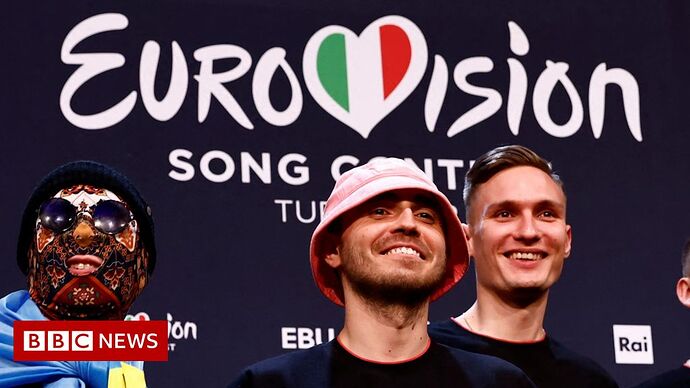 Italian police say pro-Russian hackers targeted the contest, which was won by Ukraine. 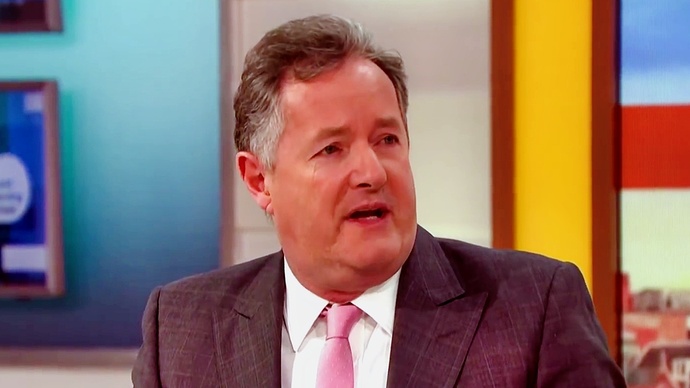 Morgan recently criticized someone for calling a vote "rigged" without evidence. But now, he's the one making that claim with nothing to back it up.

Of course he does.

I love that they featured a woman soldier (or multiple women?; kind of hard to tell with her face all dirty). The whole world is watching this war unfold in astonishing immediacy. To see women fighting and serving their people with such ferocity and self-sacrifice is exactly the kind of thing this world needs to see. It’s a damn shame it has to exist at all, but at least they took the opportunity to tell an untold story.

Also: The shot of her holding the little girl in the bombed building freaked me out. That can’t be a stable structure. But I imagine the dangers they face in the ground are equally dire.

So Piers Morgan’s argument is that somehow the most obvious outcome of this years Eurovision could only happen because of cheating. I mean yes he is right about the fact that “Ukraine could have sent one of its heroic bomb-sniffing dogs to bark the national anthem and still won.” But this fucker has worked in TV for how fucking long and he doesn’t understand that of course a dog in a war torn country barking the national anthem would win a talent show. Sure Piers, if you want me to think you’re really that stupid, we can go there.

And that goes double for the assertion that the most obvious outcome of Eurovision is somehow an indictment of Eurovision’s integrity? This was my first year watching Eurovision and I didn’t see any evidence that Eurovision doesn’t know exactly how messy it is. They had fucking skits about how disorganized it is.

A well deserved victory and incredibly moving that they were able to take part and give some hope to Ukraine.

Having said that - Norway was freaking awesome this year:

it isn’t the madmen in power so much that we need to fear. It is the fact that people in large enough masses to form armies follow their orders and think invading a people who have done them no harm is a solid plan.

Putin or Trump or the North Korean whack job would just be one more nut wandering the streets babbling to themselves if others didn’t take them seriously and think “Hey, he’s got some great ideas!”

It is the fact that people in large enough masses to form armies follow their orders and think invading a people who have done them no harm is a solid plan.

What does that even mean? Are you saying dictators aren’t the REAL problem here? Because I’m pretty sure that you’re just letting Putin off the hook here.

You seem to have mistaken a thread about Music for one on Bad History Takes.

Which prompts me to dive back on to topic: “Nul Points” by Tim Moore is an enjoyable read on a different side of Eurovision. It’s an attempt to interview every single act which scored zero votes, and to see the affect it had on their lives. There’s a huge variation from across the various musicians, from people whose lives fell apart and never came back together, to working musicians who wrote it off as a tough gig but no big deal, to performance artists who did it for a laugh. Interesting stuff.

Which prompts me to dive back on to topic

Sympathy vote or not, this is not half bad. Certainly a lot better than a lot of committee-written entries in an average year.

The only evidence of ballot-stuffing I could see was that the completely lame white dude that the UK foisted on the event somehow came in second - but I suspect Morgan wouldn’t comment on that.

Other acts from this year’s Eurovison worth checking out (more for camp goofiness than pathos, as is the Eurovision way):
NORWAY!!!
Serbia
Moldova
Spain
France
Ireland
Romania
San Marino

I liked Australia’s entry, not just because parochialism, but because the song’s primarily about being autistic.

Yeah! While the song itself wasn’t my thing, it was nice to hear a song at Eurovision that was actually, you know, meaningful, and deeply-felt by the singer.