This could even get scripted, using e.g. ImageMagick for exporting to raw, then processing the raw as audio (sox, or other more capable software), either as import/export raw audio or (if the manual entry of parameters gets annoying) add and later remove a .wav header, then reconverting via ImageMagick back to image file.

Some of the effects, in a way, can simulate various effects applied on analog video signal. That’s a 2d x-y image transformed into a 1d time-domain signal. This conversion “from video to audio and back” is the same principle.

My God that poor cat!

First off, Digital Signal Processing is a fascinating field, in which I’ve had opportunity to dabble (including my esoterically titled "Proactively Identifying Audio Transients using DSPs at GameFest). Having a hobbyist background in Lightroom/Gimp before entering the field, I was surprised at how applicable that knowledge was when working with audio. In fact, Photoshop applies many of the same techniques as Audacity, with the primary difference being that Photoshop works on a 2-dimensional Fourier transform, while Audacity works with 1-dimensional transforms.

So, it’s not surprising that echo would work (ok, it’s a bit surprising… the fence example was a perfect one, since Audacity’s echo is only working in the X axis.

All that said, I’m extremely impressed with the author’s thoroughness! It was a great read to see the results using so many of the transforms, and some surprised me. I’d be really interested in seeing his work done on greyscale images (where each channel isn’t modified seperately), as that would better convey what’s going on.

Ok… I was trying to demonstrate a two-dimensional echo using Gimp… and then started goofing around. I ended up with this (FFT->Emboss->iFFT):

I might need to play around with this more.

I’m not a fan of their using RGB images. They’re just mangling a binary image stream instead of using the visual data as it’s presented.

Spectral output only uses a 3D representation: Intensity at a freq over time. Thus a grey-scale image is all that’s needed. Color is ignored. 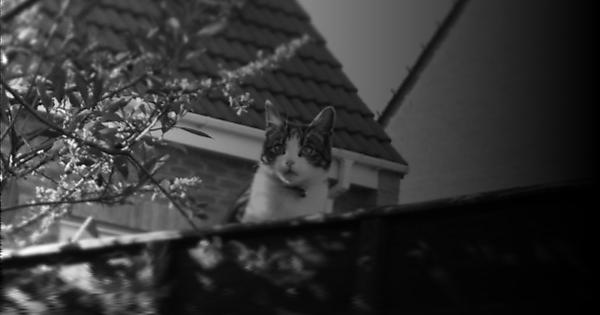 Thanks! I knew the greyscale would provide more interpretable results. I like the color for it’s artistic qualities, but feel the greyscale adds a lot more for understanding what’s going on.

Again, not to knock the original process. But, as I see it, to do these in color, you’d have to separate the RGB channels to individual grey-scale images, process each with the same audio effect, then reassemble. As is, it’s just shifting the bit stream and throwing the RGB “layers” out of alignment.

thanks for posting and sharing, everyone

Hey @beschizza - is this how you transformed your furth of july pic?

lately i’ve been getting lucky with amazon local giving me deals for image to canvas prints, and several of my glitchures have turned out well in meatspace.