It’s per se NOT per say!
Add this to breaks on a car.

Take your car in and get those breaks checked out!

We don’t cotton to no machine learnin’ 'round here.

Looking at the original article, it’s clear that the author has discovered a herring gull beak effect. Those who remember the original work of Tinbergen will know that herring gull chicks were stimulated to open their beaks by the yellow beak with red spot of the mother. A yellow pencil with a larger red spot elicited the same behaviour to a greater degree. This stimulated [deliberate pun] work that led to an understanding of, for instance, the objectification of women.
The neural network is assigning high probabilities for pornography to images that are not literally pornographic at all but look a bit like randomly distorted parts of human reproductive anatomy. It’s going to block everything related to sex education and a whole lot of other biology.
Or, in other words, the neural network has been designed by people with a screwed sense of values and, surprise surprise, it echoes those values. Garbage in, garbage out.

Plus, as of today, you have to prove you’re eighteen to get from Yahoo to BoingBoing.

Or, in other words, the neural network has been designed by people with a screwed sense of values and, surprise surprise, it echoes those values.

Rule 34, as @Stilgarr notes above.

I think this machine learning has invented something new: Abstract Pornography.

Pssh. Everyone knows d(X) pix are NSFW. We needed computers to tell us that? 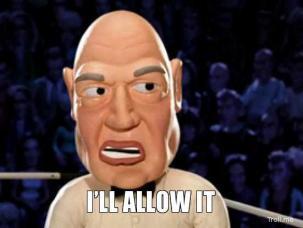