Similar experience here. Seems like the in-browser emulation for Amiga isn’t ready for prime time. But, you can easily emulate on your computer, works great. And you can download the disk files from Archive.org and other places. Google it.

I couldn’t get too much working, but right shift appeared to be mapped to fire.

Was it a favorite? I remember trying hard to like the SNES version back in the day and failing completely. And I was a (PC) Civilization and SimCity superfan so I figured I might be in the target audience.

Was it a favorite?

Do you eat soup with a fork? Do you write with a noodle? Do you play Populous with a controller?

I couldn’t get any of them to work last night. Not sure I tried that one though.

I got Xenon 2 and Z-Out to work before I remembered that I didn’t like either of them much.

Do you eat soup with a fork? Do you write with a noodle? Do you play Populous with a controller?

Fair enough. As far as I remember the Nintendo SimCity was also a far lesser being.

In my defense, there were approximately zero Amiga computers available in my country before 1991 (for stupid reasons quoted below in full, out of sheer frustration). And didn’t exactly set fire to the consumer market after that.

Just learned the professional models were, and some still are, pretty popular in the 90s with TV stations around here though. That’s something.

Another major obstacle during the 1980s was Brazil’s protectionist policy of severely restricting imports of foreign computer hardware and software to protect and nurture Brazil’s domestic computer industry (which was but one manifestation of the country’s long-term policy of import substitution industrialization).[2] The policy was so strict that the government regularly seized personal computers from foreign businesspersons who were visiting for ordinary business trips, because of the fear that foreign visitors were smuggling PCs to domestic users. Although this policy was superficially successful, the federal government failed to fund the basic research that was essential to the success of computer industries in the United States, Europe, and Japan. Brazilian computer users in this era frequently paid two or three times the international market price for unreliable, poorly designed domestic clones of foreign computer designs,[2] since domestic manufacturers lacked the well-trained engineers and basic research necessary to develop their own indigenous innovations, let alone build brilliant new designs from scratch. By the time the policy was rescinded in 1991, it had failed in the sense that Brazil’s domestic computer manufacturers were still unable to make advanced computer products suitable for export to other countries,[3] and had severely limited the modernization and computerization of Brazil’s economy.[4] By that point, computer usage in most economic sectors in most developed countries was exceeding 90 percent, while in Brazil the equivalent numbers were more like 1 to 5 percent. In other words, by 1990, the electronic office was still science fiction as far as most Brazilians were concerned and they were still doing business exclusively through labor-intensive paper-based processes. This meant their productivity was far lower than people in countries who had already been using computers for one or two decades, and who had, for example, already made the transition from typing and re-typing drafts of documents on manual typewriters to simply entering print commands into word processors.

Ok, gonna have to step in here.

I also have a prototype for an Amiga on a PC card made by Newtek that they were not allowed to produce:

I had to google the words “Arkanoid Variants” to have memory jogged about Megaball. Best paddle and brick game ever!

I seemed to get most everything to work adequately, with a few bumps. The vast majority of games would start straight away, usually after waiting ~30-45sec of flashing screens of colors. Sometimes the audio would start before any visuals began. Other times a left-mouse click, right shift, or spacebar press would nudge it awake.

A couple games/demos that I tried appeared to be in an archive of some sort. Inside would be an executable and, strangely, an icon for a trash can. Madly clicking on the executable inside the archive made it work. On one occasion, Where in the World is Carmen Sandiego, I got the executable and also a datafile. which I was unsure on how to extract them both.

The biggest problem I experienced wasn’t getting them to function. Rather it was that my browser is so inundated with tabs eating my system memory, that I experienced weird slow-downs of the sort where you place your finger on a record and it sloooooooooooowsssss waaaaaaaayyyyy doooooowwwwwwnnnn, andthenspeedsupthesecondyoureleaseyourfinger! As @Built2Spill mentioned, running the files within a proper non-browser-based emulator would probably fix most of the issues.

Does it have a Rock Lobster board?

Don’t forget those were single density floppy disks. Man, 20 years ago the place I worked at had an Amiga 4000 from England, Video Toaster, Amilink video editing, the works. The whole thing cost about 60k. Good times.

It’s not an early one, so I doubt it. 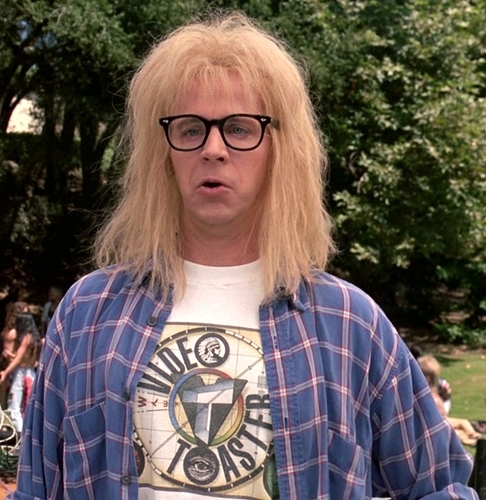 For the record, Dana Carvey’s brother (Brad) was one of the engineers that worked on the Video Toaster.