I don’t mean to brag, but I’ve still got my Amiga 500. In its original box, too. I’m pretty sure Populous is still stuck in the drive. Yeah, it’s pretty sweet.

You are allowed, nay encouraged to brag on this topic!

It was only a matter of time before scripts running in the browser could outperform that hardware, but still…

Does it reproduce the sound effects of the floppy disk thrashing itself senseless?

The trouble with all these “vast collections” is that there’s no indication that any of the original copyright holders gave their consent. I also doubt these were even properly sourced from their original media.

At least the 4am collection provides proper documentation of what was done to archive the floppy images involved (as opposed to some other hastily-cracked dump).

The trouble with all these “vast collections” is that there’s no indication that any of the original copyright holders gave their consent.

At least they’re “period accurate” then. It’s just like the collection of Amiga games I had.

It doesn’t outperform the original hardware. Try some of the demos.

Most of the copyright holders are companies that closed a long time ago. The folks at Archive.org are no cowboys, they respect all laws; I expect any copyright holder can get satisfaction through the DMCA.

I met a friend of a friend offered me an A4000 for 200 quid, right when that was an unimaginable sum of money to spend on frippery. I should try to get in touch & see if it’s still in his attic.

Bargains: why u no there when I’m rich?

[quote=“toyg, post:9, topic:83024”]Most of the copyright holders are companies that closed a long time ago.
[/quote]You could probably very easily say the same thing about Google Books.

I quite like this piece by the great Trixter:

The phrase “Beyond Economic Recovery” is one of my favorite phrases because it succinctly describes how to determine if you can safely share an old program, manual, game, etc. online.  …

Nice! I still have a 2000 and a 4000 in the basement with boxes and boxes of floppies and a bunch of CD collections (Remember Fish Disks?)…

Last time I tried to boot one of them up I got some error which I sort of recognized from decades ago but couldn’t remember what to do about it.

Amazing machines so far ahead of their time.

I just found that The Deathbed Vigil is up on youtube! Must viewing for any Amiga fan.

So I no longer need my Amiga 2000 to play King of Chicago?

One thing that always seemed better represented on Amiga than x86 was the Demo Scene. And I managed to find myself well down Memory Lane after only 3 clicks. :swoon:

…maybe my memory isn’t holding up as well as I’d hope, but I don’t quite recall that game…

No Neuromancer! Forget it. 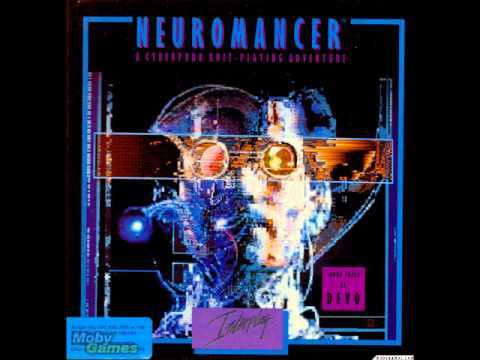 Can anyone tell me how to actually start one of these games? It seems to load up just fine, but no matter what i do with mouse or keyboard, the actual game won’t start from the title screen.

Same here. My guess is that the emulator doesn’t include a joystick. (If I remember correctly, a joystick was needed for most games.)