Please stick to Hotwheels, boys! Wastes less gas, or whatever these things run on. And lives.

Boys will be boys. You can protest as loud as you master but you won’t change the very nature of things. Fast cars, battleships, warplanes, rockets, they are all cool. Make it fast and high-energy and the audience will come.

As of what the cars run on, see here: 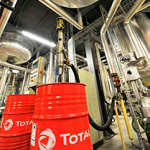 Fuel regulations in Formula 1 The Formula 1 fuel regulations are strict. They control the formulation by limiting the Hydrocarbons content that go into the final product. An F1 car must race on fuel that is very similar to the ...

I can relate here. I’d much prefer if the circling around the track was a distant secondary to the more interesting things that seem to be surgically removed from the show - engines, composites, fuels, lubricants… all the materials and control systems involved, the cutting-edge engineering… but no, all we get is cars circling around, spiced up with an occasional crash or a fiery malfunction. (See the burning brakes at the end of the first minute for a garden-gnome variety of such.)

And the more and more regulations are making even many of the subsystems less interesting, e.g. the fuels could be (and used to be) much more varied.

On a side note, some links about technologies in our everyday cars that have their origin in the “fuel and lives wasting” race cars.
http://www.quora.com/Which-innovations-from-from-Formula-1-have-found-their-way-to-road-cars

Most race fans dream of slipping behind the wheel of a purebred race car. As it turns out, your own car already has several features that were originally designed for racing. So what are they?

Well, I didn’t get it too. Lately though, I’ve discovered i have a soft spot for simulators, and among them, assetto corsa. And I fell in love. I can only speak from my newfound interest, but saying its just cars going round is a bit naive.

There is finesse in every sport, just like in football. This is why watching the world cup is so thrilling, even if you don’t quite get the sport, you can clearly see you are seeing fucking surgeons at the top of their game fighting with all their might.

Racing is difficult, dangerous, and it requires courage and intelligence in equal measure. It’s a bit more than cars going round. Also if you like machines even a bit, planes, trucks and cars are nice fetishes to have.

Alse if you like machines even a bit, planes, trucks and cars are nice fetishes to have.

Add process plants to the mix. They are somewhat more stationary than vehicles (usually, unless something goes badly wrong), but complex and fascinating neverthless.

Try a track day. It’s much more fun to drive than watch.

No, more like a mix of heavy aromates. More like hot asphalt. Napalm is based on gasoline and that’s mostly volatile-ish aliphatic hydrocarbons. More pungent, not such rich bouquet.

Also, dusk is usually in the evening. Though, a refinery at dawn is also a pretty sight.

Blocked in my country for copyright grounds, but I know this scene very well. (Did not miss, but got sidetracked by literary interpretation and remembering the smells.)

When doing soldering jobs, I am fond of commenting “I love the smell of rosin in the morning. Smells like… victory.”

The beauty of the quote is that you can substitute the name of the substance easily and the reference still holds.

F1 is a conundrum. The technology is incredible and requires driver reflexes and skills that are pretty much unimaginable. However, the incredible cost of competing means that there is no possibility of a small operation even breaking even, much less a privateer having a shot at a podium and most races become high speed parade laps with a dozen bits of drama from hardware failures or driver mistakes and only once or twice a race, a truly miraculous bit of driving.

If you don’t like it, fine, however, vast amounts of that technology have improve passenger car reliability, safety, performance and economy, so the complaint that it’s wasteful is ill-informed at best.

Add process plants to the mix.

have you seen this one? 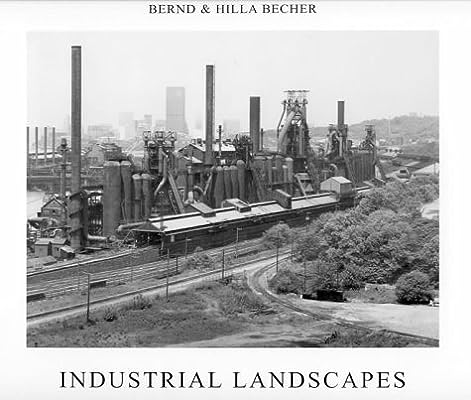 aaannndddd its gone.
Damn you, Bernie.

I haven’t seen the video, but its removal reminded me that F1 is about money.

I’ve always been an auto racing enthusiast, but never got into F1. Maybe this video could have been what it took to make me a fan, but…oh, blocked in my region.

have you seen this one?
Industrial Landscapes

(See my gripe about the Houston NASA exposition, where they show the Saturn V lawn-ornament without any hint of actual description. They could take the Saturn V flight manual and reproduce the images and descriptions of the individual structures visible in the exposed interstages and on the engines for added wonder of what is what. Same for the rocket engines on the show. Seeing them unannotated is only the smaller half of the fun.)

it’s a beautiful, beautiful photography book, I highly reccommend it if you like that sort of stuff. I know I would get if my local currency wasn’t a bad joke!