Arg! What was that Negativland track that mentioned Muldowney? “They call her Cha-Cha!”

Or something to that effect.

She sounds as badass as Michèle Mouton Michèle Mouton (born 23 June 1951) is a French former rally driver. Competing in the World Rally Championship for the Audi factory team, she took four victories and finished runner-up in the drivers' world championship in 1982. She is still the last woman to compete in top-level rallying. Mouton debuted in rallying as a co-driver but quickly moved to the driver's seat, steering an Alpine-Renault A110 in national rallies. In 1975, she competed in circuit racing and won the two-litre prototype clas...

Arg! What was that Negativland track that mentioned Muldowney? “They call her Cha-Cha!”

Happy the Harmonica from the “Free” album.

Looks like you’ve selected my music for the day! Thanks!

I’ve only been to watch drag racing once, but there was a whole team of sisters (plus their dad) racing that day:

Ashley Force Hood (born November 29, 1982) is a former Top Fuel Funny Car (TF/FC) drag racer for John Force Racing. She is the daughter of 16-time NHRA Top Fuel Funny Car national champion John Force and Laurie Force. She is married to Daniel Hood, who works for John Force Racing. She was on hiatus from racing in 2011 as the couple expected their first child. Since their child's birth, Force Hood has announced her retirement from competitive racing. Force was selected as the NHRA POWERade Drag...

Brittany Leighton Force (born July 8, 1986) is an NHRA drag racer and 2017 NHRA Drag Racing Series Top Fuel dragster champion. She is the daughter of drag racer John Force and the sister of fellow racers Courtney Force and Ashley Force Hood. Force became a NHRA drag racer in 2013, driving a Top Fuel dragster, the first John Force Racing driver to compete in that class. She is sponsored by Monster Energy. In 2016, she became the first woman to win the NHRA Four-Wide Nationals. On May 20, 2016, sh... Courtney Force-Rahal (born June 20, 1988) is a former drag racer who competed on the NHRA tour. She drove the Advance Auto Parts Chevy Camaro SS Funny Car for John Force Racing. She is the youngest daughter of 16-time NHRA World Funny Car Champion John Force and his wife Laurie. She is a graduate of Cal State Fullerton having majored in Communications. On July 19, 2009, Force-Rahal won her first national event in the Top Alcohol Dragster category at the 22nd annual NHRA Northwest Nationals in Ken...

Edit: actually, it was the event mentioned above where Courtney Force won that I was at… 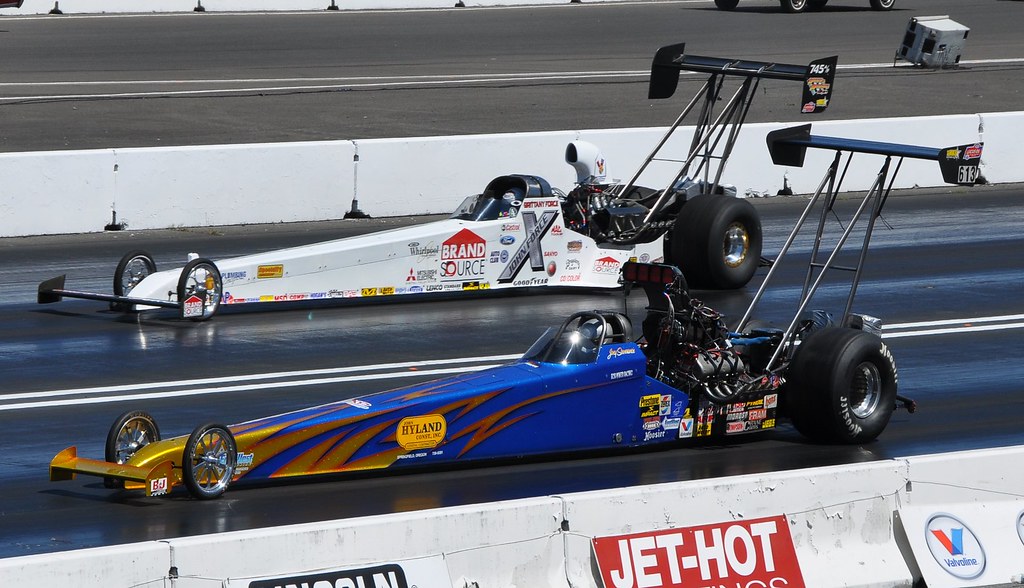 Thank you! Of course that track is getting linked here now.

I had the privilege of watching Shirley race while growing up.

The amazing thing about her career was how much of it was achieved in “funny cars.”

The “rails” ( the long skinny cars with the massive engine in the back) get the glory, but the true test of a driver is the “funny car” – the drag racing cars that look like a “normal” car with a massive engine popping out of the hood. Funny cars are temperamental beasts. When shit goes south in a funny, it happens fast. In Shirley’s era, top rank funny car drivers came in two varieties: Good and Dead.

Shirley is an absolutely amazing drag racer. She also happens to be a woman.

“Downey is one of the truest badasses in motorsports history.”

“Muldowney is one of the…”

I was thinking, “Would you mind handing me that microphone so I can shove it up your ass?”