Watch counterfeiter Jeff Turner describe how he perfected his pseudo-Supernote

As an interesting opposite, the following story is about one of the worst counterfeiters in USA. He never got rumbled from using his notes as he counterfeited $1 notes and only to cover a very modest budget as a retiree. He never used the notes more than once at any particular shop, so the poor quality of the notes never got him caught. It was only after a fire did some of the fake notes got found and he got caught. 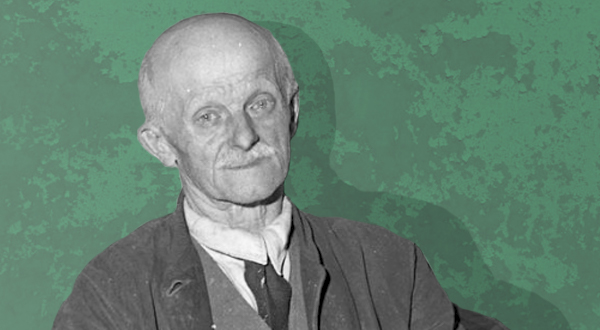 How a mystery man produced thousands of the ugliest counterfeit $1 bills ever made — and eluded federal agents for more than a decade.

They made a movie based on the real life story. 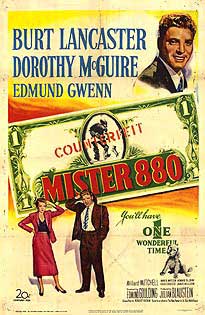 Mister 880 is a 1950 American drama film about an amateurish counterfeiter who counterfeits only one dollar bills, and manages to elude the Secret Service for 10 years. It was directed by Edmund Goulding, and stars Burt Lancaster, Dorothy McGuire, Edmund Gwenn, and Millard Mitchell. The film is based on the true story of Emerich Juettner, known by the alias Edward Mueller, an elderly man who counterfeited just enough money to survive, was careful where and when he spent his fake dollar bills, and...

They made a movie based on the real life story.

This was super interesting. The interviewer is TERRIBLE. All he does is drop curse words to improve his cred, and he asks questions about stuff that the guest HAD JUST FINISHED EXPLAINING, like he wasn’t paying any attention.

I’ve sometimes wondered where the best places to pass counterfeit currency would be. It seems like a grocery store would be the worst place since all the checkout clerks seem to have the pens to detect fake money. I would think that a busy nightclub on a weekend night would be the best place. It’s dimly lit, bartenders are working as fast as possible to manage the crowd around the bar, lots of cash passing hands.

Jeff Turner was selling the fake money to drug dealers for a quarter on the dollar so they could cheat their connect. He also mentioned that some people who worked at stores were using the fake money he made to replace money that had been received from legit customers. Then there’s him actually on the street “breaking” $2500 a week at regular stores he went to, which sounds like shitting in your own pool to me…

The Treasury Department, and moreover specifically, the Bureau of Engraving and Printing are the agencies that implement security features, not the Federal Reserve.

The Treasury Department, and moreover specifically, the Bureau of Engraving and Printing are the agencies that implement security features, not the Federal Reserve.