Slightly off-topic, but I still wonder who the girl is, and if anyone reached out to help her with her drawing skills, as well as helping her understand that photographic perfection is not the “be all end all” of artistic expression.

I did not realize this had a name, so TIL something.

Years ago I was helping a wealthy collector research the items in his collection for both info sheets at his “museum” and also for the online version. I had to consult lots of reference books in French and German that were considered the authoritative sources at the time but sometimes their information conflicted with each other and most of the time there was just nothing.

So I would write up something vague and nebulous to fill the space. The only feedback we got was “Why don’t you have more information about this thing?”

It was not until I documented something WRONG that we got one or two obscure Anoraks from Europe who would send angry emails about how very wrong we were and here was the correct story and complete history. It was a real light bulb moment because prior to that I had relied on quite a few other European sources who seemed to have a good working knowledge about these things but these other sources were just extremely private and only presented themselves to make sure history was told correctly.

Of course when the emails came in saying information was WRONG, I got yelled at by the boss but when I explained to him that this really seemed to be a good way to get obscure info, he reluctantly acquiesced.

That would be Bourdain, with an R.

So many things I gave up on at her age because I recognized the discrepancy between what I wanted to do and what I produced. I agree…hopefully someone kept encouraging her.

And “that’s how you say ‘that’s a great drawing’ in French” killed me.

but I still wonder who the girl is, and if anyone reached out to help her with her drawing skills,

I would have posted her original video, but I think she licensed it to Viral-Hog so I used their video instead.

It was not until I documented something WRONG that we got one or two obscure Anoraks from Europe who would send angry emails about how very wrong we were and here was the correct story and complete history.

I picture xkcd’s “Duty Calls” comic when reading about those Anoraks (w/ Ready Player One robes emblazoned w/ a calligraphic “A” on the chest), furiously banging away at their mechanical keyboards sending up a cacophony of click’s and clacks echoing off the walls, with a Gary Oldman voiceover from The Fifth Element: “by creating a little destruction, I’m in fact, encouraging life.” 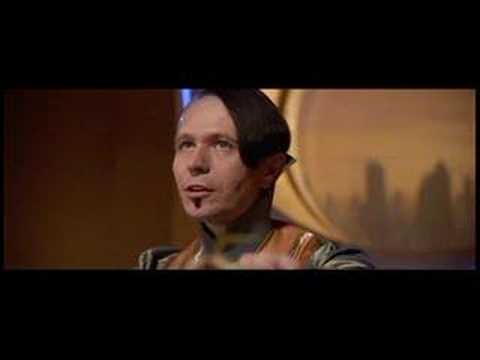 Well, that was a wonderful thing to learn today.
Cunningham’s Law, huh, I shall endeavour to try it out sometime.

I hope that woman gets elected Mom of the Year for trying to keep her daughter’s spirits up! Dad lost his shit but Mom kept it together and tried to encourage the little girl to keep on drawing. Most of us have been where she is. How many of us might have actually developed some talent with the right support and a lot of love? I wish that family the best!

This discussion reminds me of the internet of the early 90’s. The users were about 95% male. If you wanted a technical question answered quickly, pretend to be female.

This discussion reminds me of the internet of the early 90’s. The users were about 95% male.

Back in the 90’s ICQ world it was super common to get “ASL” (Age, Sex, Location) as the first question asked.

I’m gonna follow her just as soon as I can figure out this Tikky-Tok thing.

Fonzie’s Law: For every nerdy law on the Internet, there is a much cooler one that you don’t know about. Aaaaayy!

There was a hilarious thread about this on Reddit some years ago, I believe it included the phrase “you ignorant slut” or some such. And yes, Ward and I are still friends.

In case anyone wonders, I was fixing bugs in UUCP (lol) when I asked a question on the primordial version of USENET (then simply “Net News”) and didn’t get an answer. This was probably 1982.