And the scrub is called. Engine bleed, but rocket is stable. Oh well, fingers crossed for the next launch period!

EDIT: they said the next available launch slot is this coming Friday.

In addition to the engine problem they apparently had some leaks in the same locations that they thought they had fixed previously, per NPR:

The leak of highly explosive hydrogen appeared in the same place that saw seepage during a dress rehearsal back in the spring.

Then a second apparent hydrogen leak turned up in a valve that had caused trouble in June but that NASA thought it had fixed, officials said.

Of course it’s scrubbed. A colossal waste of time and money - can’t wait for it to be over.

Of course it’s scrubbed. A colossal waste of time and money - can’t wait for it to be over. 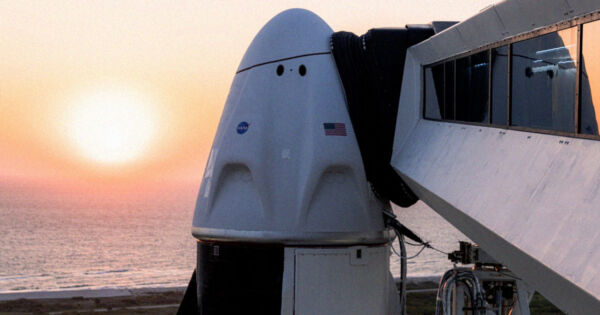 SpaceX Astronaut Launch Delayed Because Its Rocket Smashed Into a Bridge

Clearly the NASA team leaders should have taken off their engineering hats, put on their management hats, and gone ahead with the launch despite their concerns. That neoliberal approach to spaceflight always ends so well.

ETA: On a related note, we have to be cognizant of the neoliberal default’s insistence that everything is primarily about money and start pushing back against it. Whether we’re talking about rockets or pandemics or leaning skyscrapers or the climate, economics too often takes priority over actually getting things done.

Funding is always a factor in space programmes, but there was a time when exploration and discovery rather than corporate profits were the primary motivating factors that justified these projects. I hope we can make a return to that cultural and societal philosophy about science and technology.

I don’t get how this is a bad thing. It’s scrubbed because they identified issues that, if they’d gone ahead with the launch, could’ve been catastrophic. This means the system is working as intended.

And hopefully we get to see it launch Friday without any unplanned explodey bits.

I don’t get how this is a bad thing. It’s scrubbed because they identified issues that, if they’d gone ahead with the launch, could’ve been catastrophic. This means the system is working as intended.

Obviously scrubbing this launch was the right call to make if they didn’t have confidence that everything was in working order. But the fact that they had to scrub is not great in the larger context of this program being many years behind schedule already. Per Wikipedia the original intended launch date for SLS was December 2016, but the launch date has seen at least 16 different delays. Yes, it’s hard to do this stuff but at this point the SLS program has taken longer than the Apollo program, and we already had existing engines and a lot more experience in space when the SLS program started.

If they end up having to take the rocket back to the assembly building to fix the engine problem then they’re saying the next available launch date won’t be until October. It all adds up.

I’m glad that they caught the leak, and pulled the launch. It is far easier to repair an intact rocket than an exploded one. I hope that they can get things sorted.

Scrubbing was the right decision, but the optics are emphatically Not Good.

Ars Technica has a lot of excellent coverage of the SLS program. 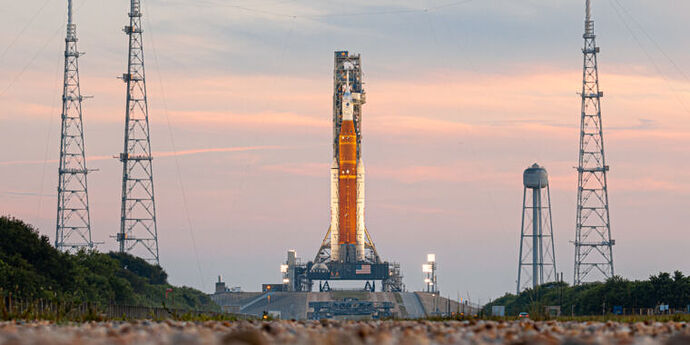 The SLS rocket is the worst thing to happen to NASA—but maybe also the best?

"This has been a really tough thing." 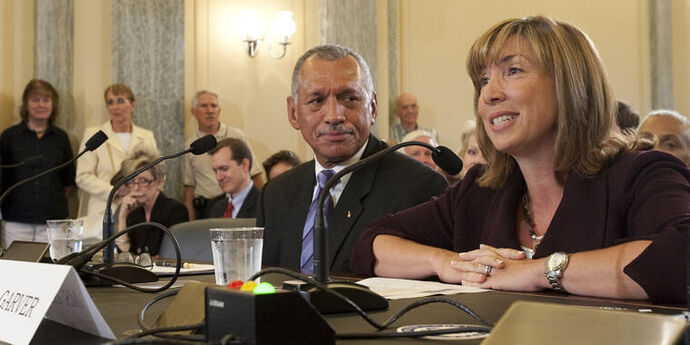 Former NASA official on trying to stop SLS: “There was just such visible...

"I still don't know to this day if my boss, Charlie, was in on the whole deal."

Even NASA themselves are under no illusion that this is a political job creation program. Every penny spent on this program could’ve been spent in better way. We already have falcon heavy that has the capacity to lift large object. NASA could’ve built new engines instead of repurposing space shuttle boosters given the amount of money and time developing this pile of crap.

I’m all for going back to the moon. It’s just this ridiculous overhaul of getting outdated disposable rocket from previous era that exists solely to keep a few folks employed that kills me. It is essentially burning a mountain of cash.

Sooner they retire SLS, the better. Scrubbing just means the wait is longer. Remember, this is our tax money at work.

We already have falcon heavy that has the capacity to lift large object.

A. It’s always a great idea to say we have one option, lets just let them be a monopoly and live with that situation.
B. The Falcon Heavy is not human-rated, Space-X has said they don’t intent to get it human-rated. We will likely need to wait for Starship to get a heavy lift human-rated craft from Space-X.

SLS is produced by a fundamentally different culture from Space-X. And in the long run that is probably a good thing. Monocultures are bad, they increase the chance that a single bad choice will result in a complete failure.

I personally think the iterative design style that Space-X (and other rocket startups) are taking will eventually produce better rockets than the big design up front style of the SLS project. And SLS has certainly wasted time and money to get to this point. But neither of those makes the SLS project itself a mistake or a waste of money.

Hopefully we’ll find out if the problems can be fixed on the pad or if it needs to go back to the assembly building, which would mean significant delay.

Mod Note: The SLS is controversial - lets’ not forget it’s nicknamed the “Senate Launch System” for a reason, but that’s not permission for anyone to attack others for their opinions here.

Listening to the briefing now. Right now they’re saying evidence is pointing to a “engine bleed” system, not the engine itself, so they seem hopeful they won’t need to swap out engines but obviously it’s still very early. The way they’re putting it is “there’s a non-zero chance that we’ll be able to launch on Friday” but they also didn’t sound super optimistic.

I apologize to whoever I rubbed the wrong way here. You love all rockets, and I understand. They are awesome (they literally are all supposed to go to heaven). I hate this particular one, but rockets are, even if it’s crap like this, awesome. Hope we see some fireworks soon.

I happen to agree with you. I love rockets, I moved to Florida in part so that I can SEE these launches and visit Canaveral as often as I want.

I am so disappointed that so much money has been spent on this one instead of developing something new and modern. There’s no doubt that the complexities (and failings) we’ve seen are a part of that reality. But I care more that we return to the moon and launch things and ignite the imagination of future generations of explorers, thinkers and, hopefully, spacefarers than I do care that this thing isn’t the best use of this money. So I deeply, deeply hope this thing launches and does exactly that. Even if it’s just a stepping stone to something even better.

I mean, IMHO, this is what exploration is all about.