Elon Musk Spaceport. You will never find a more wretched hive of scum and villainy. We must be cautious.

This guy managed it three years ago:

The barges have adorable names, inspired by the Iain Banks Culture novels.

I had a similar reaction the other day to a very high res video of an artifically created fire tornado, It just looked too much like CG.

@elonmusk Is there any reason that most of the landings appear to have been at night so far?

@sc00bs It's much easier to do the CGI that way

But they’ve been upping their CGI game lately. Check out this 360° VR view of a landing on ASDS “Of Course I Still Love You”:

Look! Up in the air!

…a 14-story-tall robotic rocket landing on a robotic barge in the middle of the ocean?

Speaking of Stalenhag, there’s this Unity Demo from last year which evokes his work throughout (and has interesting audio design, too).

There’s better audio on this one:

I always get weirded out by how sudden the landing is.

You expect it to do it like a human pilot would; slow to a hover just off the deck, then carefully throttle back to ease down the last bit. But, nope; full-throttle suicide burn, no hesitation.

You expect it to do it like a human pilot would; slow to a hover just off the deck, then carefully throttle back to ease down the last bit. But, nope; full-throttle suicide burn, no hesitation.

A single Merlin 1D engine, firing at minimum throttle, still produces too much thrust — a thrust-to-weight ratio above 1.0 — to allow the nearly-empty rocket to hover.

Once it burns off its downward velocity, it will start to go back UP again.

So the trick is to time the burn so that you cancel out the last of the downward velocity just barely above the landing pad - at which point you cut the engine and fall the remaining distance.

SpaceX calls this the “hoverslam” maneuver. (-:

It’s how the Falcon 9 always lands. Because that’s how it has to land.

The fact that it works at all is astonishing.

Is there a transport regulation that while it’s coming back down, it has to have one of those truck back-up caution beepers?

During the Apollo programme there was some concern about the way the LM was manually flown on approach. The human pilots tended to slow down at too high an altitude. They would take their time, inspecting the landing site, and as a result, come close to running out of fuel.

But as you point out, an autopilot burns its fuel in the most efficient manner. In this case part of the issue is that the rocket engine is way over powered for the last bit of the descent, so it has to come in fast, with the brakes full on so to speak.

There’s better audio on this one:

Thank you for that.

I guess that pizza will be free. 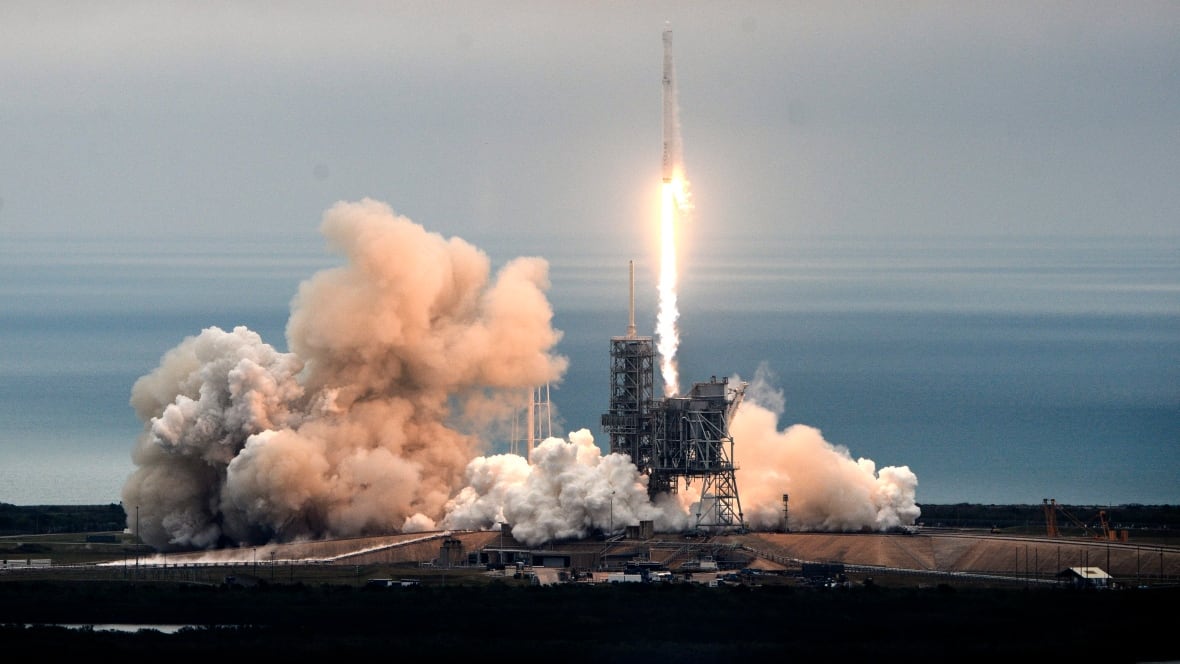 A navigation error forced SpaceX to delay its shipment to the International Space Station on Wednesday, following an otherwise smooth flight from NASA's historic moon pad.

SpaceX calls this the “hoverslam” maneuver. (-: