Originally published at: Watch this animated timeline chart of the rise and fall of the most popular websites since 1993 | Boing Boing

I remember using the Lycos FTP search engine to find my first mp3 that I had to upload a 10:1 file upload:download ratio to get permission.

I am genuinely surprised that yahoo was #1 for that long late into the 2000’s. I guess yahoo mail and discussion boards had loyal users?

I also wonder how much of that traffic to search engines, especially Yahoo and Ask.com, can be attributed to the uncontrolled proliferation (infection?) of browser toolbars in the mid-2000’s. 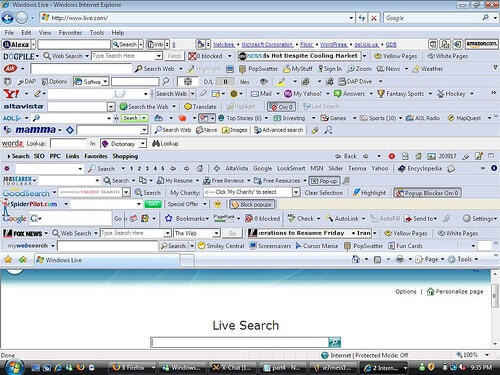 I still kind of miss Compuserve.

Same here. But I don’t recall ever using a browser to visit CompuServe, since they had really good clients of their own for DOS and Windows.

Hmm, not sure - though it became one later when the brand was owned by AOL.
And it was down there in the top ten on that timeline for a while, so I guess it qualified.

Love seeing Facebook receding there in the end. Keep it up, ecosystem!

I guess yahoo mail and discussion boards had loyal users?

That’s exactly my take on it. Their Yahoo Groups was pretty good and very widely used, until some smart, young MBA decided it was best to kill it. Their mail started to suck pretty bad too, starting a few years before Groups’ demise.

I always figured Altavista was so much bigger than that, but apparently it never registered at all.

It’s difficult to imagine msn being particularly popular except as some kind of Windows default that people didn’t bother to change.

Webscrawler is a very nice typo.

If such a site existed in the early Internet it would probably have been pretty great.

It’s difficult to imagine msn being particularly popular except as some kind of Windows default that people didn’t bother to change.

That’s exactly what it was. IE probably made MSN the default and there it stuck. Just like the Netscape website was up to number 3 or 4 in the mid-nineties, the main reason is that it was the default in the browser.

Default prefs are a valuable commodity.

I’m suspicious about some of the earliest rankings, in particular for AOL, CompuServe, and Prodigy, that they aren’t measuring their Internet-facing website traffic but rather their internal user activity. For example, in 1993 AOL is listed as #1, but looking at the oldest archive of AOL.com on the Wayback Machine (from 1996) it looks like the website was still mostly just trying to sell AOL memberships. It was probably similar for CompuServe and Prodigy in those early days of the web, if they even had websites they were probably just advertising their own services.

I still kind of miss Compuserve.

I had a similar experience with a dial-up BBS that I connected with and across state lines every other night to play Trade Wars.

I see Yahoo! receding about the same time Google launched its free email with “unlimited storage.” I used to spend 10 minutes a week deleting old emails from my Yahoo! account. Now that we’ve been asked to pay for additional storage for Gmail, I am just wondering when another free service might emerge to take it from here.

Me too but on Quantum Link, which was AOL’s earlier service for the Commodore 64/128. Too much time downloading free software and exploring Club Caribe.

When I was connecting to Compuserve, I was in northern Maine, and the only connect number was in Portland. My phone bills at the time were 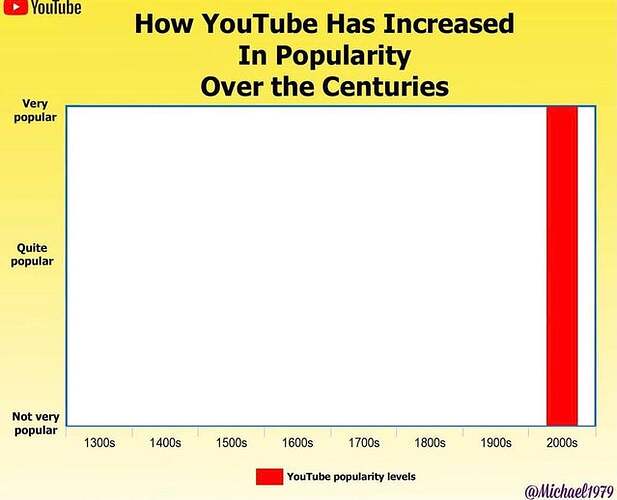