That needs to be the new rimshot gif - is someone deserves a really good rimshot.

That was some of the most 80s drumming I’ve heard/seen.

He’s been secretly dreaming of doing that after his broadcast since he got the job I bet.

A wonderful bit of drumming.

Reminded me of Bill Bailey’s take on news themes. It turns into the BBC news theme that this guy is drumming to at about 1’15"
(Sure I’ve seen this video on YT but it seems this is audio only. From his Part Troll tour/DVD.)

I was thinking exactly the same thing. How could he not!

I’m sorry but I have the same reaction and face as Barry (played by the wonderful and just enough geeky Bill Hader) in S 02 E 05 when Lily sumersaults over the fence.

That’s the most positive thing I’ve seen all day. Makes everything a bit better

Ladies and Gentlemen. This week’s working at home winner is THAT GUY! That was awesome!

is the name of my new techno-pop garage band.

I like how he starts off with a cheerful grin and ends up with full Billy Idol leer. 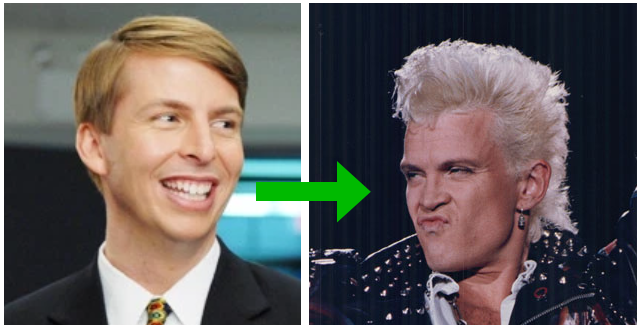 Dying to know what aspects seemed “80s”? Or to put it another way, what would he have done to be less “80s”? Asking as a drummer who learned to play in the 80s and thought that was pretty solid, didn’t have any idea it was recognizably “80s”!!

I’m not a drummer, so I can’t be technical in my response. But first I want to be clear that I didn’t intend to be derogatory…I’m a shameless Xer and love so much of the music of the 80s. So I wouldn’t wish for our weatherdrummer to be any less 80s!

If I can pick out some things from memory that made that impression on me: a lack of syncopation, a really enthusiastic backbeat on the snare, and some pretty square tom fills. It really boils down to the feeling that his playing could have been dropped right into any number of New Wave hits and sounded just perfect.

Hell, he even already has the hair!