Mrs. Hungryjoe suggested that Biden should announce he will absolutely not pardon Trump, under any circumstances. Her thinking is that might force Trump to resign from office so that Pence can proactively pardon him.

Doubt it would work, but fun to think about alternate ways to exert pressure on him. 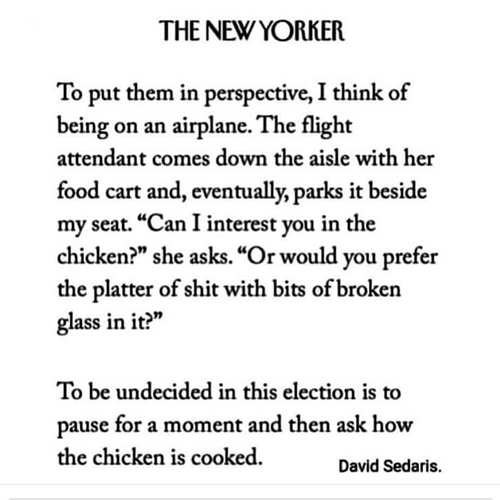 SDNY is COMING for you Don…BWAHAHAHAHA!!!

New York State is coming for you, donnie-boy! There’s nothing Pence or any of your other enablers can do about it, either.

And then we’re reminded of why we were doing well during Trump’s first years in office.

I can’t remember who said it (Paul Krugman maybe?), but the best description of Trump and the economy is “he was born on a moving train and thinks he’s driving it.”

there are a lot of ways to visualize this: 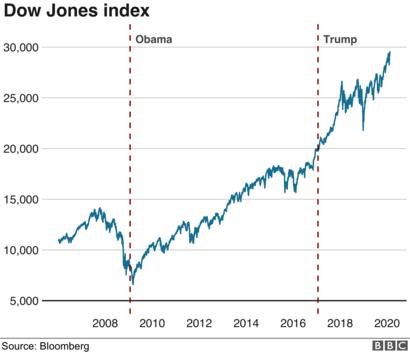 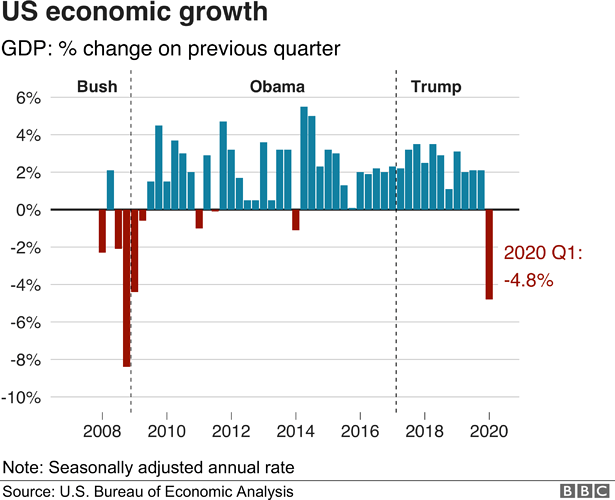 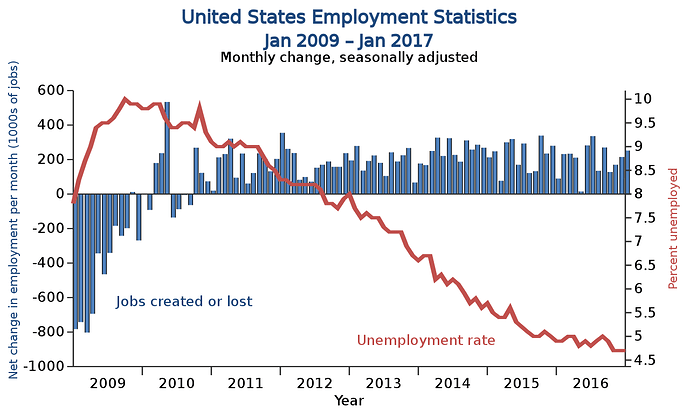 And for the record, I wish we weren’t slaves to the economy, always in pursuit of growth at the cost of everything else, but if that’s what conservatives want to discuss then they should at least stick to facts.

This ad would be much more effective, though, if it were talking about Trump’s criminal conduct (of which there is A LOT) and not his policy failures. Senator Harris is talking about the political case against Trump. The criminal case against Trump would necessarily be much different. It strikes me as pretty dangerous, and not too many steps from “lock her up,” to criminalize–or suggest the criminality of–bad policy.

Making stupid choices during a pandemic that run the economy into the ground isn’t illegal; it’s just stupid. There’s a closer question (but not much closer) whether Trump could be held criminally accountable for the preventable deaths that occurred under his watch.

… whereas to be a Trump supporter is to pause for a moment and then ask whether, upon ordering the shit, the flight attendant would please force the rest of the row to eat it too.

They stopped a nation-wide pandemic plan because it would help people in blue states.

Biden and Harris are taking the correct approach here because it’s not appropriate for a politician to use their elected office to go after political rivals. Which is not to say that Trump shouldn’t be prosecuted for his criminality, just that any such prosecution should be undertaken by politically independent entities like state AGs or Special Prosecutors.

“I will neither seek nor stand in the way of my political rival’s arrest, prosecution or incarceration” may not be the most exciting way to go but it’s the best one for preserving our system of government.

The “Prosecute Trump” slogan is dangerous. It raises the stakes for Trump making it more likely that he will try to rig the election or outright cheat, because his life depends on it.

(As for actually prosecuting Trump after the election, that’s an entirely different question).

They stopped a nation-wide pandemic plan because it would help people in blue states.

I don’t disagree that it’s criminal in the colloquial sense. But I’m not convinced it breaks any laws, or that Trump could actually be prosecuted for doing it.

The “Prosecute Trump” slogan is dangerous.

I think the dangerous part has less to do with the sentiment than associating it with Biden and Harris. The ad makes it look like Harris herself is trying to put Trump in jail, and that’s a job that should be left to someone else entirely.

Biden and Harris are taking the correct approach here because it’s not appropriate for a politician to use their elected office to go after political rivals.

Yes, exactly. The problem I see is that this ad is blurring that line and suggesting that it is in fact appropriate to prosecute Trump for policy differences.

I don’t disagree that it’s criminal in the colloquial sense.

Attempted mass murder is criminal in the real sense.

or that Trump could actually be prosecuted for doing it.

People who don’t pull the trigger are prosecuted all the time for such crimes.

We really are way past the time when we can pretend that this is anything remotely approaching normal.

Attempted mass murder is criminal in the real sense.

I get that you want what he did to be criminal.

People who don’t pull the trigger are prosecuted all the time for such crimes.

EDIT: Ignore the struckout language about absolute immunity in this comment and below. This is what happens when civil lawyers try to talk about criminal law.
Relatedly: https://en.wikipedia.org/wiki/Absolute_immunity

I feel like we are on a ship that takes a LONG time to turn, and we’re headed toward an iceberg. In my gut I know it’s way too late for the ship to make the turn, and the criminals on the bridge have called their helicopter.

Every day I feel more and more convinced that I’m already in chapter 3 of a dystopian novel.

Today I learned more about how Trump is actively defunding the post office. He admitted that he is doing it. He is saying “I am going to steal this election” and all we are doing is complaining about it to ourselves.

I get that you want what he did to be criminal.

Yes. I do want the people who planned to ensure that large numbers of people die to be understood accurately as criminals. Because it should be understood that way, always (whether it’s this, Nixon’s bombing in Cambodia, Johnson in Vietnam, Obama in the Middle East, etc, etc, etc). Human life actually matters, something a bit more than legal theory, and the government making purposeful decisions that they KNOW will lead to hundreds of thousands of deaths of what they consider their political opponents SHOULD be a crime. How is that controversial here?

In 1982, the Supreme Court held in Nixon v. Fitzgerald that the President enjoys absolute immunity from civil litigation for official acts undertaken while he or she is President.

That doesn’t hold once they’re out of office.

There are thousands upon thousands of people who are dead now, thanks to this criminal policy. It’s not an intellectual exercise for these families. Someone NEEDS to be held responsible for this.

Any system that lets this sort of thing happen is fundamentally broken, not set up to serve us, the people, which is what it should be doing.

Someone NEEDS to be held responsible for this.

Trump will be long dead (of natural causes) by the time anything comes of this. We are the good guys, and I have the terrible feeling that we are going to lose.

We are the good guys, and I have the terrible feeling that we are going to lose.

We will if people keep acting like we can’t do anything about this.