Its not an accident that Spirit and Opportunity were landed on opposite sides of the planet.

You could send many, many robots to Mars for the cost of sending a human, especially if you’re planning to get that human back to Earth. And every new robotic mission we send brings us more of the critical information we’ll need when we eventually DO send humans to Mars. The bots are a good investment no matter what our future plans look like.

You mention benefits like “retrieval of critical samples,” but the reason we haven’t brought samples back from Mars yet isn’t that we can’t build a robot capable of collecting them—it’s because we haven’t yet developed a way of getting anything off the planet once we’ve dropped it there. The biggest thing we’ve ever delivered to the surface of Mars was the Curiosity rover and that pretty much maxed out our current capabilities. Delivering an escape rocket that can take off from the surface and return to Earth (or rendezvous with an orbital return craft) would be orders of magnitude more complicated and expensive. At the very least, we’d want to test that tech on a smaller scale (i.e. on a robotic mission) before entrusting human lives to it.

I want them to send a huge fleet of satellites to orbit Mars to act as not just cameras and sensors, but also communications to/from Mars/earth but also to act as GPS

Being able to relay instructions globally would be huge.

Then again frankly I also don’t want there to be life on Mars. I want fossilized evidence life existed in the past. I want records from what was, but I don’t want anything ot be living there Now since that’ll just kinda put the kibosh, or at the very least severely delay, us doing anything in way of sending people there. Well that and the problems of getting people there, the fact the sun is trying to kill us, and what not.

Good analysis. But we also know that there is trace methane in Mars’ atmosphere, which spikes and wanes.

Other reports have described how at least some of the water forms, which is evaporating by day and pooling at night, due to the salts pulling moisture down from the atmosphere.

The spikes and wanes of methane could be explained by the daily (sol-ly?) motion of water coupled with the seasons and temperature variations. Regardless, whatever we do eventually find; it will be a complex system.

Of course, the real reason is budget. Lacking the budget, the missions were designed to do what was easiest rather than what was the most important. A sad fact of life in our 30+ years in the wilderness of “drown government in the bath tub” right wing politics of no vision.

I can only partially agree with this. I think that there is a tad bit less of the conspiracy theory at play. We have not yet gotten good at delivering sensitive payloads to the surface of Mars. We are only so-so at it and are still trying different things to try to hone in on the best method.

So, I believe NASA is juggling multiple priorities, as in: Where can we send a rover that is relatively boulder-free but also evidencing the sedimentary layers we need to study and also proximal enough to some hills and elevation so we can go up there?

I think they would LOVE to land something on or near an ice cap or in a wet valley but I think they are constrained by their current ability to land a rover reliably. Mars’ thin atmosphere and distance from earth makes it very hard to design a system that autonomously lands and we are only now approaching proficiency with that technology. 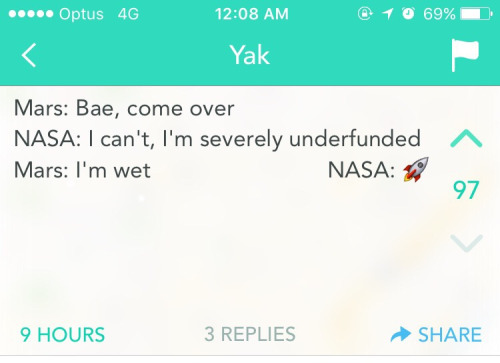