Being a fungus and all, I’m normally pretty jaded about some of the…less photogenic…aspects of the nutrient cycle; but this just plain squicks me out.

Nope, not a mere tapeworm infection; that’d be too normal and insufficiently transgressive… tapeworm cancer that somehow broke free of its tapeworm and just started merrily metastasizing in a human. At least devil facial tumor disease and canine transmissible venereal tumor had the decency to originate in the same species as the host; not some ghastly annelid that is horrid enough under normal circumstances.

Doc, that’s a deeply laconic way to put it.

So, that’s why I’m not sleeping for the moment.

(edit: Apparently, because things just aren’t wrong and bad enough; initial data suggest that antihelminthic drugs that are efficacious against normal parasitic worms are ineffective against the worm-derived abnormal cell masses, as these lack the differentiated organ systems that even larval parasites have, and the drugs target. So not only does tapeworm cancer exist; it was probably immune to tapeworm chemo even before we knew about it.)

Very glad I saw this after I woke up.

Frankly, I’d probably approve a request from mine for the development of a nuclear deterrent if it knew to ask me right now.

Perhaps it is step number one towards the zombie apocalypse?

I think that this is the most plausible biological mechanism I’ve ever seen for System Shock 2’s Annelid Hybrids. And that is not a good thing. At all. Even slightly.

I read about this on BBC earlier last night, and thought about posting something: 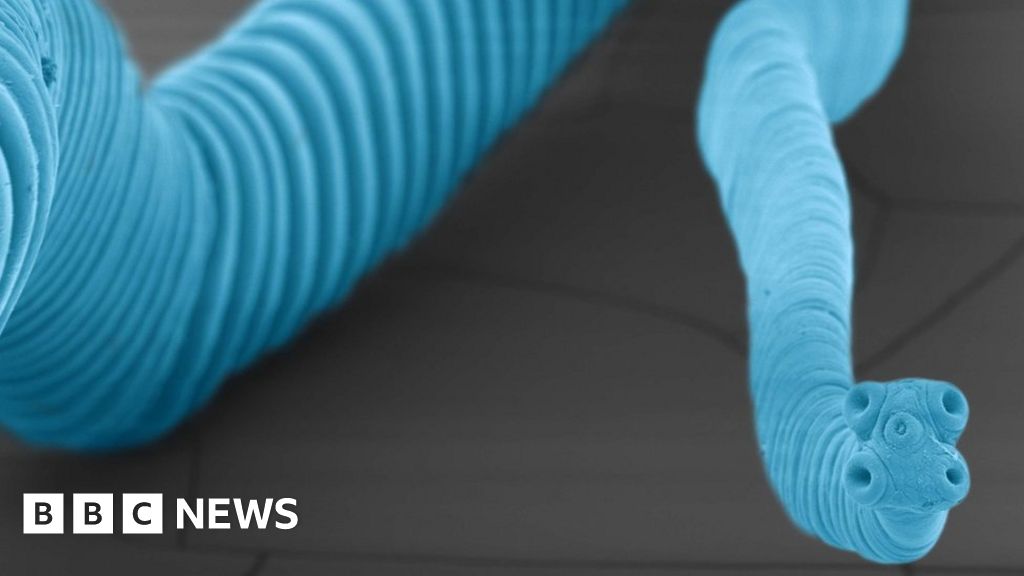 A man has died with cancerous growths of mutated parasitic worm tissue growing in his organs, doctors report.

Apparently the guy had HIV, so may have been on some exotic meds or such. So the guy died sort of a human-tapeworm chimera, which is easily one of the very most medically freakish illnesses/deaths I have heard of. That’s some Seth Brundle shit right there…

Thanks @fuzzyfungus for the link to the PDF, I will try to read more of it later.

I recall seeing a documentary on this case many years ago.

Flukeman shares the flatworms’ characteristic of being genderless and that it has aspects of both parasitic and primate physiology. Mulder comments he will apparently have to tell Skinner the murder suspect is indeed a “giant, blood-sucking worm.”

The problem is that, on a (roughly) spherical planet; you start moving back toward the threat well before you run out of NOPE. Similarly, if you burn enough nightmare fuel, you don’t even want to know about the kind of climate change you’ll cause.

No, the nightmare fuel goes into the Bebop, and the Bebop leaves the solar system at relativistic acceleration.

Aren’t you supposed to be safe from Shai-Hulud in places that ■■■■■?

Unfortunately you still lose if you run away too fast.

“Where we’re going, we won’t need eyes to see…”

Aren’t you supposed to be safe from Shai-Hulud in places that ■■■■■?

No 1UPs either. It’s ridiculous.

The ape-virus warheads are still whizzing around hyperspace anyway. That’s an acceptable risk if it means getting away from that monstrous tapeworm cancer.

This topic was automatically closed after 471 days. New replies are no longer allowed.