We've got to stop turning our backs on Ebola

The general public has almost zero knowledge of pathogens and bacteria, trying to get them on board with something this complex [ebola] is dare I say a push, that is until they are diagnosed with Ebola. Then they’ll be all ears.

[Ebola] would have been worth keeping a closer eye on. But we didn’t.

That’s why we fund the CDC so well.

Wait. What? We’ve stopped funding the CDC so well?!!!

See you at the cemetery.

Nothing against the CDC, but it’s the NIH (rather than the CDC) that actually has an Ebola vaccine in clinical trials. I know the CDC has better PR – they are the government agency that gets portrayed in movies and the board game Pandemic as the globe trotting heroes, but the sedentary nerds at NIH get shit done.

The good thing is that Trump is the perfect guy to take care of a pandemic like this. He has the scientific knowledge, the level headedness and a team built from the best of scientific knowledge ready to implement a plan and change it as needed. I feel pretty confident that with his leadership we will be ok. It might be scary but we will get through it. 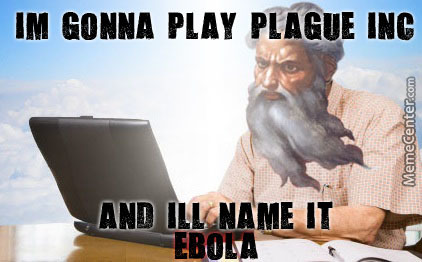 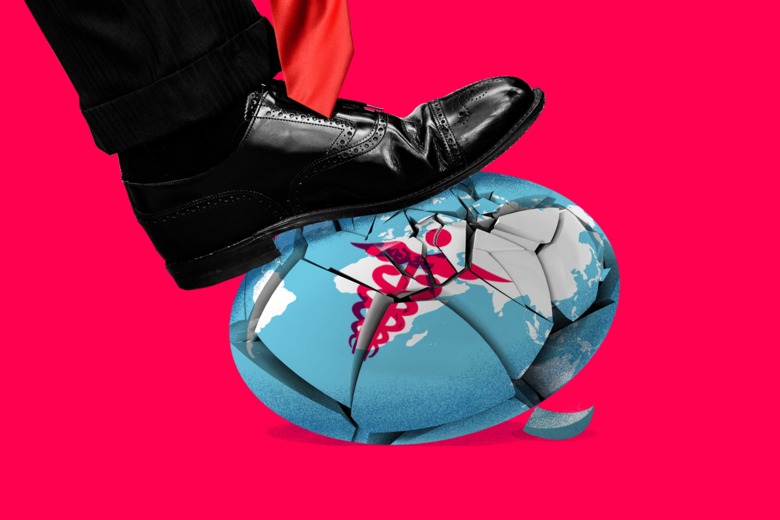 Trump Is Putting Us on Course for a Global Health Disaster

Yes, Ebola is a terrible disease. And let’s pray the health community can keep it in check and suppress it ASAP. Nations of the world need to keep a lid on that horrific disease.

But don’t forget SARS. It has a 50% mortality rate and is exceedingly contagious. It also made it Toronto.

SARS is what makes me lose sleep.

They do do quite a bit of work internationally, which is a domain (I don’t) the NIH is very active in.

Someone who’s contracted the disease can wander around, feeling great and infecting people as they go, for weeks, before any symptoms arise.

This is simply not true. Get the facts straight, especially when it comes to bold statements like this.

According to WHO (and people from MSF I know personally):

People are not contagious until they develop symptoms
(http://www.who.int/csr/disease/ebola/faq-ebola/en/)

So I had a bit of a reaction to this article because I know a couple of people who worked on the British response to the major Ebola Crisis.

The massive Ebola outbreak didn’t just magically end, it was eliminated through careful and dangerous work, in large part by the US (leading the response in Liberia) and the UK (leading the response in Sierra Leone) as well as many other countries and international organisaitons. At the height of the outbreak it was thought unlikely that it would be possible to eliminate Ebola and that it would end up joining Malaria and AIDs on the list of horrible disease that regularly kill large numbers in Africa. This is one of the few things in recent history that Brits and Americans be unambiguously proud of their countries for!

This outbreak isn’t a case of “lots of people have been getting this disease and we’ve ignored it”, this is the first outbreak since, and it’s caught immediately because lots organisations are keeping an eye on it.

The mainstream media didn’t cover it a huge amount after the initial outbreak (although there were lots of articles written if you looked in the right sources). But news is about things that are new! If you look in the non news media you’ll find it’s been studied and written about intensively (https://scholar.google.co.uk/scholar?as_ylo=2014&q=Ebola+2014&hl=en&as_sdt=0,5).

Also… Here’s BoingBoing complaining about too much coverage https://boingboing.net/2017/05/09/remember-ebola-media-inflamed.html - which utterly ignores the reason to worry isn’t the number of deaths it’s the number of potential deaths if we don’t react.

It seems like something so deadly which spreads so easily, thanks to how widely we travel, would have been worth keeping a closer eye on. But we didn’t.

I don’t think you understand the problem. This is a disease named after a river in one of the most inaccessible places on earth - the Congo - of the Dr Livingston lost for 6 years fame. We do not know what animal is the natural host of Ebola or indeed if it even is an animal.

Just what should we keep an eye on and just how the hell do you do that in a place like the Congo? Oh yeah, let’s not forget that the death numbers from Ebola in the Congo and surrounding areas are miniscule when compared the the death counts from other problems like HIV/AIDS and malaria so it’s pretty rare and not as much of a problem as AIDS and malaria in these nations were health care resources are already completely swamped. Those 11,300 people who died in the 2014 outbreak just don’t warrant the resources when you have 310,000 AIDS related deaths in west and central Africa in one year alone.

@SeamusBellamy I don’t know what you expect to happen but trying to shame whomever you are attempting to shame by saying “we’ve got to stop turning our backs” seems like self righteous uninformed nonsense to me. The WHO and other organizations have been working to stop Ebola with what little resources are available to them and they’ve been doing a great job if you ask me.

The massive Ebola outbreak didn’t just magically end, it was eliminated through careful and dangerous work, in large part by the US (leading the response in Liberia) and the UK (leading the response in Sierra Leone) as well as many other countries and international organisaitons. At the height of the outbreak it was thought unlikely that it would be possible to eliminate Ebola and that it would end up joining Malaria and AIDs on the list of horrible disease that regularly kill large numbers in Africa. This is one of the few things in recent history that Brits and Americans be unambiguously proud of their countries for!

I have a friend whose spouse flew to Liberia from the USA very early in the outbreak and stayed for about a year nursing infected patients. 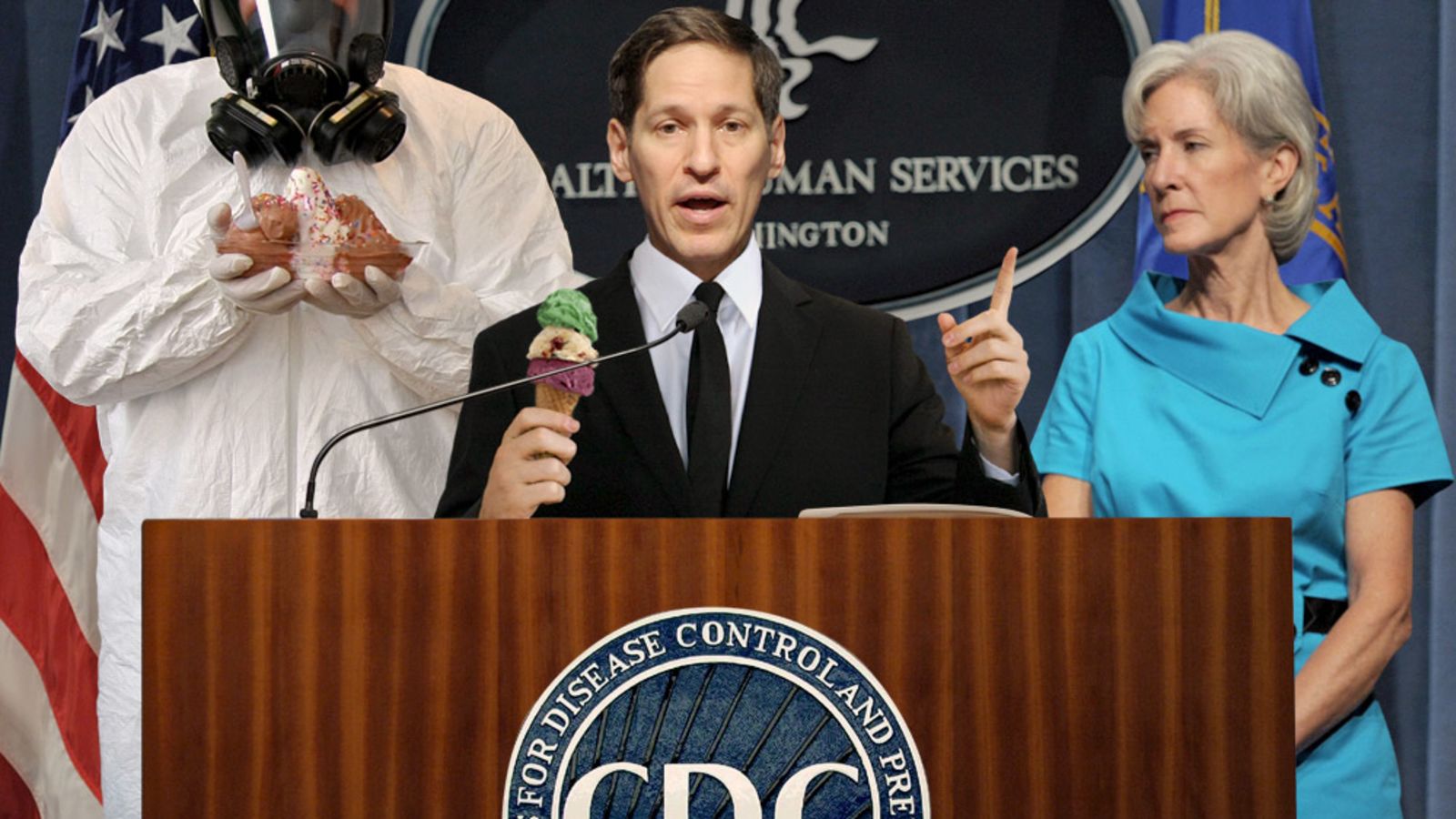 ATLANTA—In a sudden, unscheduled announcement Tuesday, officials from the Centers for Disease Control revealed that they were giving away free ice cream, had enough of the frozen dessert for everyone, and that, by the way, there had also been an...

If you want to support an organization that is already on the ground fighting this outbreak, support Doctors Without Borders: https://www.doctorswithoutborders.org/article/drc-emergency-team-supports-rapid-response-ebola-cases

trying to get them on board with something this complex

Indeed, and I whilst I hate to be overly-critical or over-generalising, my anecdotal experience is that whereas in Europe stories about the Ebola outbreaks in Africa did appear regularly on the TV news and in the national papers, so that everyone knew hundreds and then thousands were dying, the chances of that happening in the US news media are likely much lower. People can hardly be blamed for not ‘being on board’ if such global/foreign events are ignored or given only cursory coverage in the news media they consume on a daily basis.

That said, what is it that they would be ‘on board’ with domestically within the US? Anyone who travelled out of US to Africa at the time would hopefully have been much better informed / unable to miss the news about what was happening. AFAIK the airports in UK had big warnings for people returning from Africa and who may have had any contact wth anyone in/from the countries concerned that they needed to look out for these flu-like symptoms.

It was first DISCOVERED in Virginia. As in “Hey, why are all these monkeys dying a bloody mess?” Poke Poke. Oh, and it was airborne. Yeah, we dodged a a bullet.

Happened just down the road from the military bio-warfare research group. So one of the lab guys sent a chunk 'o monkey to his buddy there. When that guy saw the scan results, he promptly crapped himself (figuratively). Rather than wait for CDC, USAMRIID responded immediately. Hard to fault them for breaking protocol.

Beat me to it… really a good read. 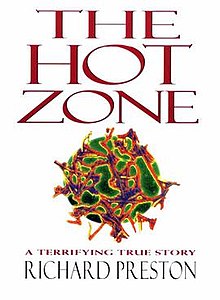 The Hot Zone: A Terrifying True Story is a best-selling 1995 nonfiction thriller by Richard Preston about the origins and incidents involving viral hemorrhagic fevers, particularly ebolaviruses and marburgviruses. The basis of the book was Preston's 1992 New Yorker article "Crisis in the Hot Zone". The filoviruses, Ebola virus, Sudan virus, Marburg virus, and Ravn virus are Biosafety Level 4 agents. Biosafety Level 4 agents are extremely dangerous to humans because they are very infectious, have...

BTW, there is also the Marburg virus

Marburg virus is a hemorrhagic fever virus of the Filoviridae family of viruses and a member of the species Marburg marburgvirus, genus Marburgvirus. Marburg virus (MARV) causes Marburg virus disease in humans and nonhuman primates, a form of viral hemorrhagic fever. The virus is considered to be extremely dangerous. The World Health Organization (WHO) rates it as a Risk Group 4 Pathogen (requiring biosafety level 4-equivalent containment). In the United States, the NIH/National Institut The vi...