I was going to say that this doesn’t exactly reflect Tokyo as a whole, but I suppose it is a pretty accurate recreation of Shibuya, Shinjuku, Ikebukuro, and the other popular hubs inside Tokyo.

I’d like to point out that most of Tokyo is much more subdued and relaxed!

I remember I was really surprised by that when I visited Hong Kong on a business trip. Even though I’ve lived in Tokyo for years, I wasn’t ready for that amount of flashy lights!

I’d like to point out that most of Tokyo is much more subdued and relaxed!

Yeah, this is a cool project. But I was going to point out that this is like taking specific parts of New York or Vegas and using them as a template for everything. Not everything in those cities looks like Wall Street or Midtown or the Strip, nor is every part of Tokyo lit up like stereotypical Tokyo (though much of it is). The picture of Paris holding a big hanami picnic at least gives a glimpse into how much the Japanese appreciate parks, and frankly take much better care of them than most American cities.

As @GulliverFoyle and @Rotaryd7 pointed out, most of my adopted home prefecture looks nothing like this at all. Even the cities of Shibuya, Shinjuku & Ikebukuro, only certain areas look anything like these pictures. In fact, I live within the city of Shinjuku but no where around me looks like that at all. Looks more like Mayberry but more compacted.

And don’t forget conbini onigiri and maki with nori that is always crispy.

Even more impressive is the way the onigiri pack opens up in a way that the nori automagically ends up just right around the rice!

I tend to make them myself

It would be great if that was actually possible in an average Japanese kitchen. Our ovens look like this: 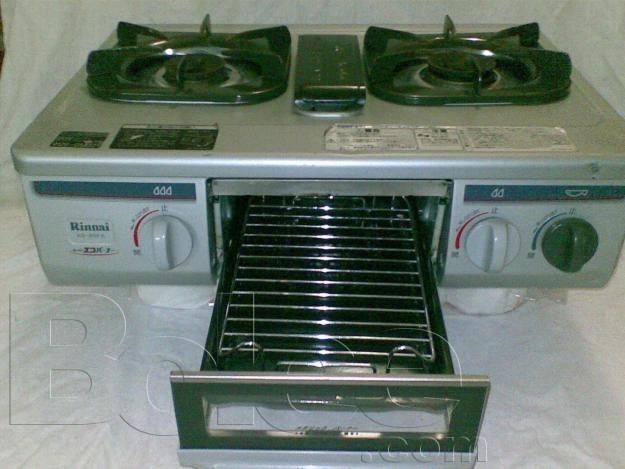 That slide out oven tray part is made for broiling/baking fish and nothing else. Try to make cookies in that and you end up with burnt garbage.

I will say that they are far more brave in their architecture than most countries. Well, far more than in the U.S., anyway.

Hmm… over 19 years here and I rarely find any architecture I’m impressed by. YMMV I guess.

most of my adopted home prefecture looks nothing like this at all.

I don’t think La Boca is representative of Buenos Aires, either.

It sounds like you need to get yourself one of those microwave/ovens!

I bought a used one of those a few years back for under 10,000 Yen, and it’s probably the best investment I’ve made since. I can make pizzas and bake stuff with it.

I got a giant zucchini from a friend who lives out in the country, and I managed to make zucchini bread with that oven this morning.

Yeah, most buildings are just… buildings. I do like the skyscrapers in the Marunouchi area near Tokyo station though. I always head near the imperial palace gardens when I’m near there. It’s pretty relaxing and there aren’t many people.

It sounds like you need to get yourself one of those microwave/ovens!

Been meaning to for ages, just dont have the counter space.

I do like the skyscrapers in the Marunouchi area near Tokyo station though.

I used to work right around there, seen it change a bit over the years, become a bit more “fancy”. Thing is I lived in NYC before here so skyscrapers are just skyscrapers for me.

Yeah, I know what you mean. I ended up putting it on top of my fridge. It seems to work ok!

I grew up in Portland, so I didn’t see many skyscrapers until I was in Tokyo. (although I’ve heard Portland has been changing lately.)

I ended up putting it on top of my fridge.

Tall fridge here. I’ve got a table that could be used, I just need to get rid of or move what is on it now. I really do want to be able to bake…

Try baking them on little rectangles of parchment paper.

And don’t forget conbini onigiri and maki with nori that is always crispy.

I would /kill/ for a proper lawsons or something here.