What is the "heroic dose" of psychedelics, and how can it help mental health?

Originally published at: What is the "heroic dose" of psychedelics, and how can it help mental health? | Boing Boing

“Heroic dose” - any dose Timothy Leary would hesitate before taking.

I was curious about Hearst’s role in the posted story, so I looked on the internets and found this 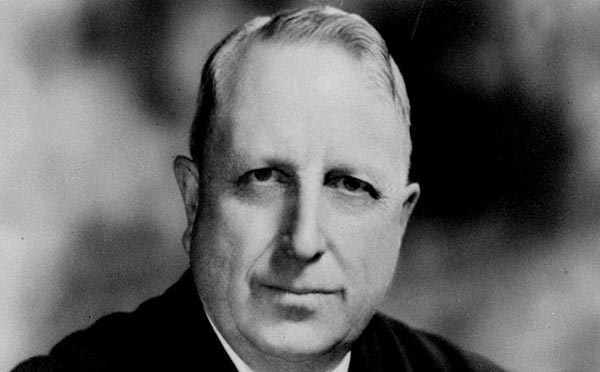 My final paper in Theology was about the parallels between meditative ritual (rosary, mantra, TM, etc.) and the psychedelic experience. Once you remove any cultural or social stigma, the outcomes are nearly identical and universal. Psychedelics just do it much, much faster.

This guy brings up a critical concept, though; set and setting. Psychedelics taken as a party drug a fine, but with a little bit of attention paid to your intentions, environment and reentry, the experience can be life-changing. I still feel deep sorrow for all the young people I know who were introduced to MDMA, ketamine and LSD in the rave setting. I saw lots of beautiful experiences turn dark and ugly, usually at the hands of creepy-ass lurker dudes (let’s be honest, it was always the dudes). Lots of people had nothing but positive experiences, but for every one of those, there is a nasty tale of trauma. I really hope that the destigmatization of psychedelics alleviates this.

There is a lot of noise (b.s.) concerning psychedelics, but for me, experimenting with psychedelics probably saved my life. I was in a dark place for a long time and decided that I wanted to make a change and the social (and maternal) stigma kept me away from proper counseling.

I’m not saying my experience is the experience of most, or that everyone should try it, but it worked for me. I probably went about it wrong by doing shrooms and lsd by myself, but I was able to control my trip. I found beauty in nature and found that I was a part of nature and therefore had an inherent beauty as well.

“heroism” may include risking one’s own health and well-being, but there are additional characteristics of the concept that seem to be missing here

Yup. I’ve seen a team of 3 or 4drunk assholes fracture a crowd just by walking through the door and across the dancefloor at many a rave. You can see who they are, and what they’ll do in seconds (though, having said that, there’s creeps and lurkers already there, high on their drug of choice, abso-fucking-lutely, but it’s the drunk bros there to grope and gawk stood out immediately in that scene).

There was a BBC news item very recently, regarding a new programme being instituted by the British NHS, in around six different cities, involving proper clinical testing of Ketamine in micro-doses, along with psychotherapy, as a treatment for people suffering from depression and substance abuse. My late partner suffered from that, and having read about early trials, I was desperately hoping for something to be set up that I could get her involved with.
Sadly she suffered a non-survivable cerebral veinous thrombosis so it never happened. I feel in my heart that, had she lived this treatment would have changed her life dramatically.

I don’t know, it doesn’t seem to have given the boomers any great insight or love for humanity.

I don’t think that the use of psychadelics was nearly as common among Boomers as movies set in the 60s and 70s would have you believe.

the “heroic dose” of psychedelics

Since nobody else has offered the spoiler, I’ll be that guy. The video says for psilocybin Johnson’s research administers 30 - 40 milligrams. Far, far more than a typical recreational dose. (According to the video.) The polar opposite of a microdose. Also note, that’s pure chemical psilocybin - not the raw mushroom dose.

[ETA] There’s a paper by the author and others on PubMed Optimal dosing for psilocybin pharmacotherapy: Considering weight-adjusted and fixed dosing approaches - PubMed

And an article about the study and a “sweet spot” dosing at. Johns Hopkins study finds Psilocybin dosage 'sweet spot' for positive and lasting effects

I don’t think that the use of psychadelics was nearly as common among Boomers as movies set in the 60s and 70s would have you believe.

The sad prevalence of MAGA among us boomers is proof enough of that. I’m pretty sure you can’t get from “peace, love, dope” to Qnut, Trumpist fascism by any life path.

“Heroic dose” seems to be a standard term in pharma. It’s roughly the dose that gets the drug into the blood at levels just below the lethal dose.

I was just reading an article in Science on the use of psychedelics. Right now, they’re pushing them as transitional neuroplastogens. The idea is that they are quick acting and they cause nervous system changes (plasticity). Two things really stood out:

It’s really great to see this class of drugs finally getting its due. It’s high time.

My only familiarity with the term is in regards to mead, in which a heroic mead is one where you drink, you drunk, you done. Crazy high ABV. Assuming this is similar in concept, YIKES!

Hence, the idea that psychedelics would best be used as transitional drugs to provide a quick fix before a more conventional drug like an SSRI takes over for long term maintenance.

Well of course that’s a direction pharma-funded research would take.

It’s really great to see this class of drugs finally getting its due. It’s high time.

Heh. I see what you did there.

Didn’t intend that? Well it’s out there now.
LOL

I’ve experienced that negative alcohol vibe before. A friend and I were tripping on LSD, walking around Albany, NY. I was in the mood for some noise and we headed to QE2. As we were walking down the sidewalk, approaching the front door, a girl and her friend were hanging onto the doorman’s stool, then fell down. John and I looked at each other and were like, nope. I felt a wave of negativity right then and decided against going in. Had a much better time in Washington Park hugging the trees and swinging on the swing set.

I’m quite sure psychedelics helped me move off a path that was aiming me towards service in the Empire. I gave up the Republican party membership, stopped believing in the death penalty, no longer supported a policy of nuclear first strike, steered clear of the Nonesuchagency, became pro-union, etc. I also played badass chess under such influence.

My final paper in Theology was about the parallels between meditative ritual (rosary, mantra, TM, etc.) and the psychedelic experience. Once you remove any cultural or social stigma, the outcomes are nearly identical and universal. Psychedelics just do it much, much faster.

Wait a minute, you mean every Saturday evening when I was at church an hour before Mass with my grandma praying the Rosary I was trippin"?

Of course I wasn’t really meditating, I was fidgeting wondering why I was there when I could be out playing.

What the religious nearly universally fail to grasp is the importance of the profane alongside the sacred. You were just doing your job!