What it's like to be black and work in tech

I don’t agree with the author’s sentiments. I am a black man in tech and my experience has been nothing like his. I don’t show up to social events, and especially not a new job and immediately search for “people of color” (I really loathe that term) to associate with. I think having that kind of attitude is setting oneself up for failure. You should be more concerned with how you can contribute and be productive. Creating groups like “The Blackbirds” is also counterproductive. My parents grew up in the midst of violent racism in the south. My mother was one of a handful of black students to integrate our town’s white high school. They raised me with an understanding of the opportunities I have as a result of their struggle and encouraged me to participate with my white classmates as often as possible. I was often ridiculed by my black friends for this as their parents didn’t encourage similar behavior. Why, when we’ve fought so hard to participate in the same activities as whites, would we exclude ourselves voluntarily? I argued with a friend in college who wanted to rebuild the Black Business Students Association. Were you denied entry into the Business Students Association? Why do we need our own when there’s already a perfectly neutral group for all? And furthermore, if said group is being exclusive, why are you not fighting that battle? Why does the Blackbirds mailing list need to exist? What about being black makes your work experience at Twitter so damned different?
How many “people of color” (barf) is Twitter supposed to have on staff to make him feel at home? What number of black people are we supposed to shoehorn into the industry to make it perfect? I understand why he feels the way he does. His mentality doesn’t come from nowhere, but I think it’s disingenuous to present his experience as being so pervasive. It think he could benefit from some reflection and attitude adjustment. I always read through the comments on these types of stories hoping to find someone else like me who will refute these kinds of things or tell a different story, but I’ve only ever seen it once. This article struck a nerve today and I felt compelled to share a different opinion. I don’t think I’m the only one but I believe some are afraid to say something different lest they be vilified.

I’ve been pretty lucky, only once have I spoken with somebody who was openly hostile toward non white’s.
Though It’s been my experience that the fairer your skin and the better your English, the easier it is for you to feel included in tech. And yes, even when there are very few white people around.

I sometimes cant help myself…
Thedarklordjeff

Well said. At work, do you have white people (or Asian or Native American or Mexican, etc.) in your face (or behind your back) doing stupid stuff about race? Do you ever get a sense that bosses shift the work around or do weird stuff to you because you’re black?

but I think it’s disingenuous to present his experience as being so pervasive.

I always read through the comments on these types of stories hoping to find someone else like me who will refute these kinds of things or tell a different story, but I’ve only ever seen it once.

Please note that I haven’t addressed any other point in your post.

It was not my intention to argue that his experience is invalid. He didn’t call his piece “my personal experience in tech” either. The title he did choose has more implications.

My personal experience is that we barely acknowledge each others existence, let alone interact enough with each other to develop prejudices. But we are weird and older and working on different projects. There is only so much racism that can occur in gmail and GIT checkins.

I suppose if we were younger and played Jenga and drank Mountain Dew together… that’s what young programmers do, don’t they?.. then maybe we could get a good healthy pecking order going.

We’ve got a decent mix on our local team. 2 blacks, 4 whites, 1 mexican,1 Indian and 1 Asian. We’re a global company so there are people of other races and ethnic backgrounds all over the world in our department. The funny(and sad) thing is that all of the non-white folks have no issues making race jokes as they pertain to themselves or to white people. The white folks in the office are always nervous about chiming in beyond laughing when the jokes pertain to races other than their own. One of them has an Asian wife so he doesn’t feel pressure there, but I make jokes all the time about white/black race issues and he laughs, but gives me shit because thinks he can’t retort. I always tell him that if I dish it out, I can take it…just make sure there aren’t any other blacks around or I’ll point and yell “racist!”

I’ve only been there a month so I think he’ll warm up to me though. That’s just how I roll. I think more discussion and humor is the only way to get this shit out in the open and move forward. We just had a conversation in my office about this very blog post because they saw I was visibly upset about something. I try to encourage open, honest conversation about this stuff so we can all just relax, do our jobs and get along. I’ve been in the industry for 14 years and not once can I say that I’ve had a negative experience just because I’m black.

So it’s still WEB DuBois vs. Booker T. Washington, then?

I try to encourage open, honest conversation about this stuff so we can all just relax, do our jobs and get along.

As I am sure you are aware, but just to make it explicit, Know Your Audience. Sometimes your grandmother may bust out the raunchiest home you’ve ever heard, and sometimes your best dude friend will get offended by ‘fuck’.

Takes all kinds, which is most of the fun.

Well you’re my kind of people. I love the joking. White people tend to have a stick up their butt so you gotta soften them up …then go in for the kill. I’m white. I was at a party with many people of color. (Haha I know you like that phrase. How bout colored people? Even worse.) and we are being LOUD and my Nigerian friend gives me shit about something and I yell out at him I HATE BLACK PEOPLE!!! We were dying. Kept telling each other how much we hate each other in the most loving of ways. Then reciting Hakkas. Beer was involved. But the point is we need to all loosen the fuck up a little and be friendlier. Your workplace sounds awesome. May it continue.

This is totally offensive and I’m throwing a flag.

WEB DuBois and Booker T. may well have been faking their conflict, you know… long after his death, when the details of his secret financing of legal opposition to Jim Crow came out, the people calling BTW an “accomodationist” ended up looking pretty foolish.

Just a minor historical footnote in case you weren’t aware.

That doesn’t mean the conflict itself wasn’t real. I wasn’t implying that Washington was an accomodationist necessarily, but rather that they had different approaches to the problem of segregation and to uplifting the race overall. This likely stems from their very different backgrounds. Washington was older, was born a slave, and worked his way into a job founding the Tuskeegee institution, which historically focused on uplifting the race through labor. DuBois was younger (he would have been in his 20s when Washington gave his famous Atlanta compromise speech), raised in New England, more radical, and very much keen on raising the status of the black community by getting more African americans into the production of knowledge. I mean DuBois left the NAACP because they were too conservative for his tastes. This is a precursor to the King/X disagreements (and the X/Baldwin disagreements).

[ETA] Also, have you seen this? 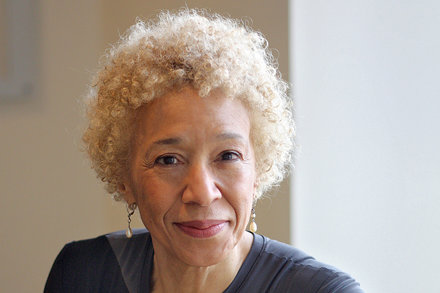 A critic returns to her early years among Chicago’s black elite.