What the crowd made of Apple's $1000 monitor stand 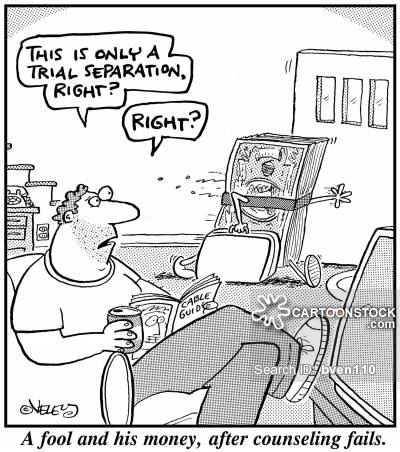 Offered to anyone who’d blow a G on any monitor stand.

What it's like to own an Apple product - The Oatmeal

A journey on the emotional rollercoaster of owning a fancy apple gadget.

Fuckin stupid. A thousand dollars for a piece of not even precision bent metal.

Anyone who buys a thousand dollar monitor stand deserves to have lost that money.

But it fully embodies the essence of standitude.

Sure, you say that, but I guarantee you there’s some Jobs fanboi who’ll be willing to explain to us why buying this makes perfect sense. The pathetic part is, he may not be wealthy enough to afford this ridiculous Veblen good.

It’s what, machined aluminum? If there’s demand, someone will make a much cheaper knockoff.

I have a clone of the Milanese Loop band on my Apple Watch. $10 on Amazon. Sure, it’s not the same quality and it’s starting to show some wear, but functionally it’s the same and when it breaks I’ll replace it for $10.

I mean, just buy the VESA mount and stick it on a log or something. Or pay a fabricator for the bent metal thingy of which you speak.

I have a clone of the Milanese Loop band on my Apple Watch. $10 on Amazon.

Same. I also have a Hackintosh along with my MacMini and MacBooks. The Hackintosh gave me all the PCI ports I needed for my audiocards a long time ago…in the end, if things are too expensive, the ‘market’ will step up.

I’m certain that AliExpress will have a stand that works perfectly for this in…well…they might already. it will only take one person getting one and publishing the layout for it to happen.

Time to look for another $10 watch band…the one I’m wearing now looks as authentic as the ones in the Apple store.

Right - it will be a perfectly reasoned post-hoc argument with just enough woo.

I shouldn’t be shocked but damn, I guess it’s because it’s shiny rare metal or something. The only apple product I have ever really owned is one of those round horrible puck mice I grabbed and put on a shelf as one of the worst products ever so I’m very much not the target audience here.

The “sense” is that almost no one will buy it with their own money for personal use. An accountant will be buying it for someone whose time is billed to clients at $500/hour.

There’s a slight tang of passive-aggression here. The reason Apple drags its feet so much on “Pro” Macs is that – for all that certain people performatively gripe about it – Apple knows perfectly well how few of those people will actually pay for a product as niche as they are demanding it to be. And this is Apple’s way of saying “well, if your time is soooooo valuable, $10k is chump change, right?” Like, they’re just doing it to shut up people who want to be seen as needing something more powerful than a high-spec iMac, and claim that money is no object. If there were an actual market for the Mac Pro, it’d still be expensive, but not this kind of middle-finger pricing.

I mean, just buy the VESA mount and stick it on a log or something

My quite-expensive monitors are indeed mounted on chunks of wood, with their original stands gathering dust on a shelf. Those stands are relatively well-made, non-trivial pieces of hardware, and it makes sense that they would cost money, though they came with the monitors. But what chaps my ass is having to pay extra for the “VESA mounting adapter”, given that a VESA mounting interface consists of… four holes. If the monitor had those 4 holes in its actual body, you wouldn’t need the adapter. And sometimes, the interface for mounting the adapter is… a proprietary pattern of four holes.

This monitor’s mounting interface is a circle.

The “sense” is that almost no one will buy it with their own money for personal use. An accountant will be buying it for someone who’s time is billed to clients at $500/hour.

If I saw that my accountant had this in his office I’d seriously question his financial judgement and reconsider using his services.

This item will be iconic in the sense that it’s a signifier of the owner having more money than sense.

Given Apple’s history with flawed and crappy I/O devices over the years, I suspect that’s the department where they’ve been stashing the designers and engineers they can’t fire.

So, being a “pro” means being extra stupid when it comes to throwing around extra money.

I’m not suggesting it makes good sense. It just wouldn’t surprise me to see them in use. You could definitely go with a cheaper option, but some people will find it’s not worth their time to worry about it. I mean, you’re talking about spending on the order of $10-15K on a Mac Pro and monitor at a minimum anyway.

Apple is just trolling here. If all people talk about is a silly overpriced stand, they won’t notice the prices on other products.

Good reference! The self-reversing demand curve. I always felt it demonstrated more about classical economists failure to include people in the equation (because they are complex) than it did about greed, although it says a lot about that too.

I guess the best way to show that you stand out from the unwashed masses is to take a bath.

More power to them, I suppose.

$1000 for a damned monitor stand? If there was ever a moment where we could truly say that Apple has jumped the shark, this is it.