Whatcha Reading? (Picking it up again)

My spouse gave me the Brandon Sanderson’s Kickstarter secret project as a birthday gift. The books have started to come out and now I have a Speechify code for the audiobook of secret project number one, Tress of the emerald Sea.
Speechify is only on iPhone and I don’t have one. So I can’t use it. Sanderson has explicitly said that people who back to the Kickstarter are welcome to give away any codes that they aren’t going to use. He just doesn’t want people selling them. My friends either can’t use it because they don’t have an iPhone/ipad or they also backed the Kickstarter.
So if one of you want the code let me know. First person to reply of course.

Written by someone who I’m pretty sure has not read any science fiction whatsoever. Of all the horrible “greatest” lists, this tops them. 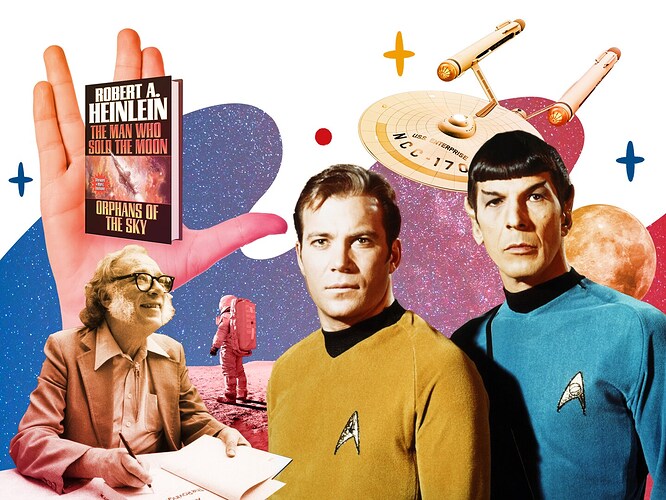 An unofficial list of the most influential science fiction works ever

Space moguls and NASA scientists alike have credited science fiction for helping inspire space exploration. These works stand out the most.

Yes, the list is poor. There are some good recommendations in the comments such as Ray Bradbury. The comments also lists the omitted female authors including Ursula K. Le Guin, Mary Shelley. Octavia Butler, and André Norton.

The Netflix series finally made my wife interested enough in The Sandman to give the comics a go. It’s been great because I pick up the books from the library, she reads them first, I read them again for the first time in 15 years, and then we have a brief discussion. Not only do I get to re-experience the stories with limited memory of what happened, I also get to experience them through someone who came in without any preconceptions beyond the setup of the Netflix show.

And I’m grateful for that Netflix show because volume 1 stands out as such a huge disappointment. It’s unlike everything else in the series.

They’re not overly complicated, so if I’m out running or biking and my mind wanders, I don’t miss much.

He’s a man writing women, but he’s not bad as that goes. The women in the Isaac Bell series (set in early 20th century) are probably more liberated and independent that one might expect, without making them anachronistic. So he talks about misogyny, but it seems only slightly presentist. He does not write about, or even strongly imply, sexual violence.

He’s decidedly anti-rich, anti-capitalist. Not just in his villains, but also in the odd rambling here and there.

Anyway, is like a nice candy. Not overly substantive, fairly enjoyable.

I sold it to a Trek fan friend of mine this way “it’s like James Bond, Lower Decks”

Which it kind of is!

Greatly enjoying Richard K Morgan’s Fantasy trilogy of The Steel Remains, The Cold Commands and The Dark Defiles. A light touch of SF embedded in a far distant world where gods walk and beings from other dimensions have plans to take over everything. If you enjoyed the Takesi Kovacks stuff you should enjoy these as well. 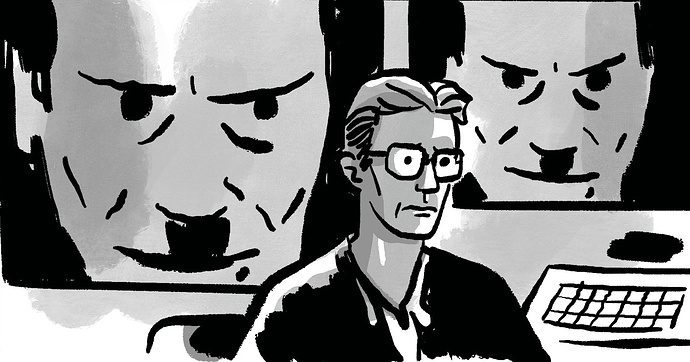 Orwell Was Right | The Nib

OMG, so much this… 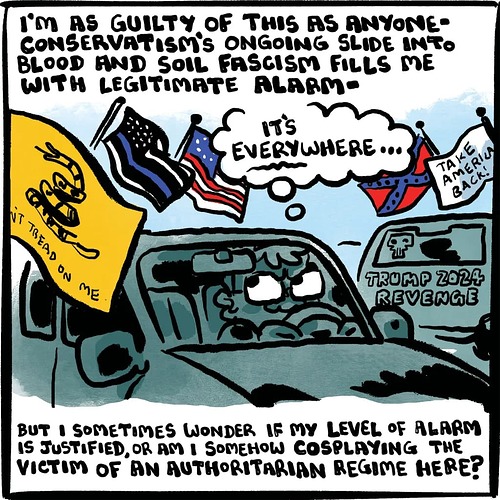 but doesn’t show up on the

charts. Maté writes from a professional background that, in theory, should be the similar to Jordan Peterson’s (whose book is in both the

charts). Both are psychiatrists active in mental health (thx @KathyPartdeux), both have worked with people dealing with mental illness and addiction (Maté in Vancouver’s notorious East Side), but they come to very, very different conclusions.

I’ll admit I find Maté’s thesis hard going; his work is as far from my area of competence as it gets. Where his observations and mine do overlap is midwifery, with which my wife and I had a super experience. I appreciate Maté’s emphasis on insisting on responsibility, but not blame, for the trauma our current society inflicts. His analysis is deeply kind and gentle to the individual, excoriating to the current broad Western social direction. I find myself deferring to his analysis, as much as it is a stretch for me to wrap my head around it, as much as it is painful to admit that he’s right. In an excerpt from “The Myth of Normal,” Gabor Maté shares how trauma from childhood experiences in WWII Budapest had taken over the rational parts of his brain.

Jordo is a psychologist. He doesn’t have a medical degree.