Indeed, and flower and other grains and nuts. But you don’t need to keep it longer than 48 hours, or something like that, in the freezer. In my experience but n=1, also for a lot of seeds, that’s enough to kill the bugs. Keeping the lot closed after that, offcource.

Yeah, I’m eating some month-ish old napa cabbage as I type this. It becomes somewhat limper than usual after a while, but keeps ridiculously long in the refrigerator crisper drawer and still cooks up and tastes fine.

I’ve seen industrial tables on how long various food stuffs last, and it is wholly different from consumer ones. Storage techniques matter. Fresh orange juice? At least a year - separated out, stored in massive oxygen-free tanks. That “not from concentrate” orange juice at the grocery store isn’t necessarily “fresh” just because it wasn’t frozen.

I can confirm Cabbage lasts forever in the fridge. I rarely look at expiry dates, use my nose and fingers as required. For keeping salad leaves and herbs in the fridge I always place them between sheets of kitchen paper and put them back in the bag they came from, prevents moisture buildup which slows down the molds and bacteria growing on them, will last for weeks (months in some cases) instead of days. A few sheets at the bottom of the crisper drawers helps as well, change them every week or so.

Disagree. Cabbage goes bad (that is, waxy, and tough, and cabbage-flavoured) immediately upon becoming cabbage.

That’s why I add onions, carrots, salt, pepper, sugar and vinegar to it.

I remember watching America’s Test Kitchen and the chef was explaining how to store potatoes. She told the host, “In a cold, dark place… like your soul.”

Are you sure it was mold and not sugar precipitating out of the syrup? Like sugar bloom on chocolate?

It had a mouldy smell. I wasn’t going to taste it to make sure.

Matthew 13:31-32, Jesus said that the mustard seed was “smaller than all other seeds.”

You may wish to use a better source…

Was it real maple syrup or some Log Cabin Mrs. Butterworth bullshit?

Mmm. Add some tomatoes & meat balls, and you are on your way to some delicious stuffed cabbage soup! 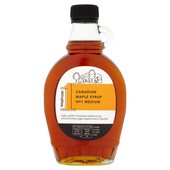 When I was in the military, we had lots of regular civilian canned goods aquired from the Navy. And the supply chain was very long. They would routinely take samples from various lots, and send a notice to all units to extend the expiration date by lot. Some of them were extended many times. I never noticed any taste issues on the extended items.

The military doesn’t exactly have regard for the concept of expiration. WWII marines in the pacific were sent hard tack dating from the civil war. My grandfather was issued WWII K rations as an air guardsman into the 80s (They used to dare each other to eat them. The one time anyone open one the smell became a source of legend).

So that doesn’t surprise me. I’ve actually always been a bit surprised about the number of “surplus” MREs out there. I figured even the expired ones would cool it in a warehouse some where until space troopers fighting the moon wars circa 2089 could be issued Franks and beans from the fucking 90s.

We inherited a load of cans of WW2-issue black bread from my great-aunt. My mom made sandwiches with it well into 1985.