Where the fuck is Princess Leia (in the toy aisle)?

When I first started collecting Star Wars action figures my mother said they were “dolls for boys”. And I thought that was cool. I think the same reasoning made it OK to want a Princess Leia action figure. Also she was part of the gang, and my friends and I all thought she had the funniest lines in Star Wars.

So decades later it kind of rankles me that while you can find some Leia stuff in the boys’ section of the toy store I’m not sure why there has to be a “boys’ section” and a “girls’ section”. Okay, maybe Princes Leia underwear could be in a distinct section, but I’m not even sure the distinction is absolutely necessary there.

YES! This is isn’t just Star Wars - I also have trouble finding female superhero characters. My 5-year old daughter loves, or did love Wonder Woman so I went to get a figurine for her last year at Target, “Toys r us” and the like and could not find her; I ended up going to a toy specialty shop and paying way to much for an old one. What killed me was there was an “Aquaman”, but no Wonder Woman - I thought she was a top 3 for DC but I guess not.

When I was getting into the Avatar: The Last Airbender cartoon, I happened to see in a sort of ‘dollar discount’ section of my local grocery store, they had ATLA action figures! For like a buck each! I was excited… I figured I’d start with my favorite character, Toph, and then pick up the other main cast and have a nice little shelf diorama.

The excitement faded when l I noticed who were available…
They had:

The store didn’t actually have all of these, but if you’re familiar with ATLA, you an easily see the problem. They had multiple versions of the same characters, and they had characters who only appear in 1-2 episodes…

Not a single female character, in a show with several great ones. At first I thought maybe they sold out (Toph is a pretty awesome character!), but checking online later, confirmed, nope, they didn’t produce one (before the line went defunct, they apparently had plans to produce one of the female leads, but it never happened).

I was so disgusted, I wound up not buying a single one.

Wasn’t Padme a brave take-charge type in at least some of Episode II? Are there no mountains of merch from that still kicking around?

And as far as girlhood obsessions that turn into grown-up life lessons go it was hard to beat: Take charge, be brave, be loyal, have nice hair, and strangle to death the monster who forces you to wear an inappropriate bikin

Wikia’s Éowyn page has not one picture of her in armor. She was a shield maiden for Odin’s sake!

One of my favorite scenes where “the little blind girl” kicks some serious butt, saving the titular (and theoretically most powerful) character by herself [Sokka fainting at the end is a nice touch].

But yeah. No merch. I’ve got a “Bei Fong Metalbending Academy” shirt that I’m positive is not Nick approved…

I knew that was the real reason Chewbacca didn’t get his due recognition.

Yeah, it’s hard to choose a favorite scene (taking down the airships was pretty cool though, especially since not touching the ground she was out of her traditional comfort zone), but here’s a compilation of many of my favorite little moments (while still leaving some out):

Yes it is. The subtext is, “Lie down, big guy, your job is to be walked on.” It’s even more appalling–not to mention baffling–that it came from an ambassador and daughter of someone committed to spreading peace and understanding throughout the galaxy. And Leia says her father fought in the Clone Wars, where the Battle of Kashyyyk was a major part.

All that backstory and she can’t treat a Wookie with respect. Sheesh.

I am hoping that with her now being technically a Disney princess, they will start making more stuff of her. They already have 2 warrior princesses in the line up. You know I think I saw dolls of her and Pademe at Disney World, but that might have been for Star Wars weekend.

Of course my kiddo is more into ponies than princesses or Barbie right now.

The end of the article:

The answer is yes, Disney, we do. We want it now, and we are willing to pay for it. Literally. There is, to paraphrase the wondrous Cindy Gallop, a lot of money to be made by taking Princess Leia seriously. Hurry the fuck up.

Not long ago, there was the episode where, after enormous popular demand, Lego released a set featuring scientists who were women, which immediately sold out. And it was a limited edition, and last I heard, there was no plan to make more.

So there’s clearly a demand for toys featuring women in active roles. In the case of Star Wars, there’s a history of such toys being made. In the case of Legos and Barbie, there have been active campaigns demanding such toys. And yet the manufacturers and distributors resist.

It’s hard to miss that toy manufacturers and distributors are losing money by refusing to make and sell toys that show women in non-sexist roles. So, the question this raises for me is whether they’re so blinded by sexist ideology that they can’t see this demand, or whether they’re so committed to upholding sexism that they’re willing to lose money to do it. I could believe either, or both, and I think the answer might say something important about the relationship of sexism to capitalism and how it has changed over time.

My 4-year-old daughter has never seen Star Wars, thinks Princess Leia sometimes transforms into a bird (thanks Angry Birds!) and has very loose ideas of what Star Wars is about. She still insists on two pigtails folded over every morning, because That’s How Princess Leia Wears It. Not unrelatedly, her buddies at school are nuts over superheros, and ladies are in short supply. 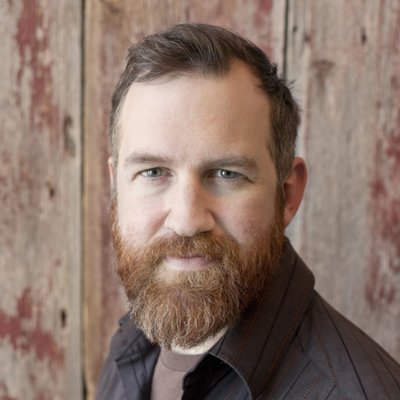 "Hmm, I'll go look it up on my space computer." "What?" ..on which Princess Leia is parachuting onto alien planet. http://t.co/rWQzfyR2ah

Actually she’s hanging out in the toy isles in that inappropriate bikini. 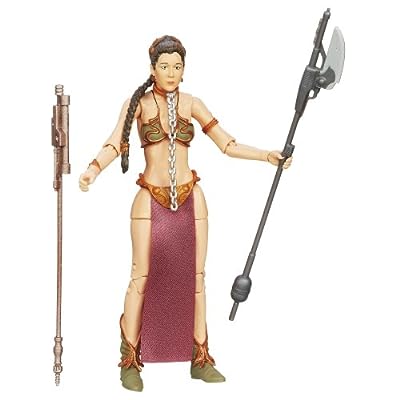 Dressed as one of Jabba the Hutt's slaves, Princess Leia escapes from the Hutt's sail barge at the Pit of Carkoon. Re-create the biggest battles and missions in the Star Wars epic with figures from Th ...

more into ponies than princesses or Barbie right now

I fully endorse the pony love for little girls… When she’s at the right age, you should also let her read some Gaiman and Pratchett. The Tiffany Aching disworld stories are great.