This short NY Times documentary was really good and clear about the link between the links between the shaky science, the policy decisions, and the current levels of obesity in the US: 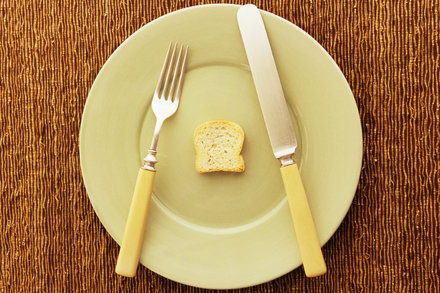 As the federal government is again rethinking the Dietary Guidelines for Americans, there’s fresh debate over just what makes a healthy diet.

It doesn’t describe a conspiracy, though, just politicians who feel they must make health recommendations even when they know that the research is incomplete. And it’s a whole open question about whether that’s really wrong: after all, we would have loved politicians to start making decisions to avert climate change twenty years ago, even when the science wasn’t settled yet.

No, it’s not, yet it’s still being used by doctors and other “professionals” in that manner.
Take Weight Watchers. We joined in 2011 and lost weight. If you follow the program, it’s impossible not to. It does work in that regard and the people that didn’t lose weight by and large did not want to change their lifestyle.
But that scale and BMI. That’s all they focus on.
I won’t get too much into the weird woman that led our meetings from the time we first joined till we left a year or so later, but she was unstable and misinformed about a lot of things. Not saying that represents them all, just that for someone that has been a WW leader for so long, it was a little shocking to say the least. I tended to just ignore her foolishness and focus on portion control and making the right choices about what we ate. As did my wife. But she had a harder time with the foolishness because she’s struggled her whole life to keep her weight down and the organization didn’t address or even make attempts to point people in a direction that WOULD address different things that go into that struggle. I lost weight pretty much instantly, but it doesn’t help when someone that does struggle gets on the scale and is not down much or might have added a pound since last week gets a whisper “do you want to take off your sweater? Maybe your necklace?” WTF.
The focus should be weight control AND health. Not just some physical scale and BMI.