Why are cockroaches so hard to kill?

Originally published at: Why are cockroaches so hard to kill? | Boing Boing

Cockroach season is upon us in the south, and I’ve been celebrating by feeding the ones I catch to the baby chicks. (It’s also chick season.)

cockroaches are not very tolerant to ionizing radiation, and so they would not easily survive a nuclear attack

Starve them of food & water and you won’t ever see them again. Or you can poison the shit out’a them, and consequently your home too.

Cockroach season is upon us in the south

Around here {Houston & environs] it’s always cockroach season. Right now, those big bastards are the ones making themselves known. Good thing they aren’t especially numerous, & they are useful for bb gun practice.

Starve them of food & water

Makes sense in theory, but it doesn’t keep them from nibbling your eyebrows while you slumber.
Sweet dreams…

and you won’t ever see them again.

Doesn’t mean they aren’t there.
They have Scouts that report back to HQ when the coast is clear.

Or you can poison the shit out’a them, and consequently your home too.

Combat Max bait traps have worked when all else failed. I can’t use sprays, but those traps did the job. They don’t work overnight, though, so you just gotta be patient.

I raise cockroaches for my Chinese Water Dragon, and she doesn’t find dubia cockroaches too hard to kill. a few delicious crunches and Mr. or Ms. cockroach is no more.

But yeah, they can eat anything. I give them kitchen waste to eat, and they’ll still munch holes in the cardboard egg cartons I put in their tank to increase surface area… I just gave you 1/2 of an apple or carrot shavings and you’re eating cardboard?

And because they reproduce so quickly, they can quickly develop resistance to pesticides.

I have noticed that every time a trap or bait brand gives a great result, we get about 2 weeks of relief, then they start to appear again, but will be phenotypically very different. Maybe advance troops are different from the later settlers, but I always imagine it’s a rapid evolution.

I just had a wild ride with a nest when I did a deep clean of our kitchen garbage can last weeked. :shudders:

For big waterbugs, I finally stopped then by finding the gap our exterior kitchen wall, stapling window screen over it and then spackle over that.

I find cockroaches are not partial to a size 11 boot. It’s hard to get over the ick factor but perhaps we should be taking a more gastronomic interest in the critters. (You first, then report back). Edible insects are a thing and this could whet your apetite for them: 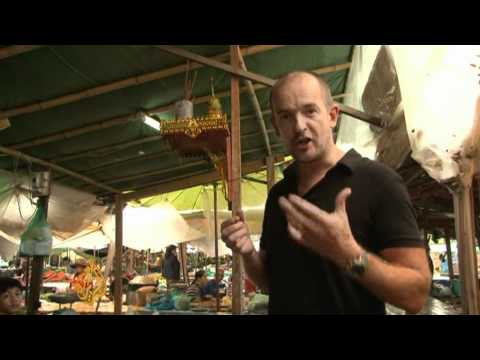 But yeah, they can eat anything

When I lived in Malaysia, I discovered they like eating soap. There would always be one or two on the bar of soap in the bathroom when I got up in the morning. Those big Malaysian cockroaches aren’t even phased when you whack them with the heel of your shoe.

And yes, I did wake one night to find one of them trying to nibble my eyebrows.

The things I find amazing: when they run its not in a straight line, but often zig-zagging. And, when they run, they almost always “know” where they are going and stop (usually in the darkest spot in the area). They race to this place while 1mm off the ground. (I can see where the darkest spot is, but how can they? chemical traces?) If they halt in an unreachable nook, they seem to know they are safe, and arent tricked into leaving (say, by sudden movement) for a different place.

It is dumbfounding how they have the brainstem the size of a pinhead and can do all these things.

At least the common domestic cockroaches have a protein, tropomyosin, that can cause allergic reactions from inhalation or contact. I don’t know about eating them but I think it would merit some caution.

Yeah, that’s why mine live in the garage. The king mealworms/beetles live in the room that I work out of now (spend most of the day in there), but cockroaches in the garage due to potential allergenicity.