Why blue is nearly invisible on terminal emulators

Originally published at: Why blue is nearly invisible on terminal emulators | Boing Boing

Exhibit A: The old IBM logo 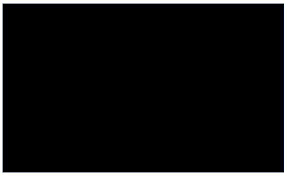 Color perception is extremely non-linear. Consider that yellow on a video screen is made with red and green light, and violet is made of red and blue light, yet the difference between green and blue is difficult to distinguish. When RCA was developing the NTSC color system, they found that it was impossible to obtain proper (white folk) flesh tones if the signal was transmitted as RGB. They had to remap the color space to enable the transmission of a set of signals that would look half-decent with a slight misalignment of the transmitted hue vector. This required a matrix multiply in the receiver, implemented in vacuum tubes.

How is there a “bug in our eyes” exactly? Nonlinear does not equal buggy. A desire for linearizing our biology to better match the conceptions invented for machines is a desire for dehumanization. No thanks.

Well, yes and no. We didn’t invent light wavelengths. They aren’t from a machine. If our eyes didn’t evolve to see the visible spectrum in a uniform way, I would in fact consider that a bug regardless of whether or not our machines exhibit the same behaviour.

If we’re upgrading eyes, though, I’d love to see a wider spectrum, especially since there’s a whole world of pretty ultraviolet flower designs only visible to the insects of the world!

You see this issue all over in colour formats as well. For many years, the common 16 bit colour format in hardware renderers was RGB 565. That’s five bits for red and blue, with 6 bits for green. It works well because our eyes are more sensitive to green, so the extra resolution there (to use up the 16th bit) is appreciated by our meat. Presumably we evolved to see yellows and greens better because that’s a useful thing in the jungles and trees.

As any digital artist can tell you, no two devices really display colour the same way, either. Every display technology from film to CRT to LCD to LED, etc, has a completely different gamut. Furthermore nobody’s device is ever correctly calibrated.

You see this done intentionally sometimes. Consumer TVs are notorious for this. They ship with bonkers colour settings that are overpoweringly saturated in order to look good in Best Buys and other environments against all the other TVs. It’s the visual equivalent of the Pepsi Challenge. By being sweeter, Pepsi tastes better in that initial second when you’re making that decision. So it is when Bubba is picking his new flatscreen among the wall of them in Circuit City. 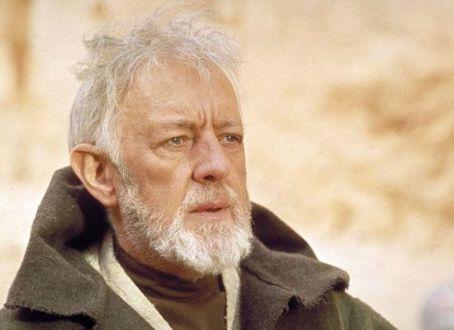 I dropped that in there just for you.

Why is the concept of uniformity a universal good? Why is a non-uniform perception of a phenomena something that you assign to the category of bug, i.e. something to “fix”?

I see what you did there.
Sort of.

Why is the concept of uniformity a universal good? Why is a non-uniform perception of a phenomena something that you assign to the category of bug, i.e. something to “fix”?

That’s going down the rabbit hole of “are those with sensory issues (sight or hearing issues) really experiencing issues, or do they just have the privilege of experiencing the world differently than we do” that is way beyond my own scope of experience even to attempt to debate.

Wait are you messing with me or is there actually supposed to be an image in that black rectangle. I can easily see the blue in the image on the post. Although weirdly I can see it as brighter when I look slightly away from it. Like it’s brighter blue in my peripheral vision. Is this how it’s supposed to work or are my eyes deteriorating in the middle? Ha.

I thought of this in the past when I thought that blue LED Christmas lights looked fuzzy.

I recently purchased the DGL-4300 wireless router, mainly because it includes gigabit ethernet, which is still quite rare in routers. It certainly looks cool, as routers go, with its sleek rubbery design and all-blue LEDs. But those blue LEDs--...

You’re going for the gold on taking every little statement to a super intense extreme position that you feel like arguing against. Maybe ease up a little. It’s an interesting story about the challenges of rendering colours that had a cute throwaway pull quote in it about human eyes being buggy.

“Honey, I’m gonna walk the dog”
“WHY DO YOU INSIST THAT TOTAL DOMINION OF MAN OVER NATURE IS THE GOAL WE SHOULD ALL STRIVE FOR?”
“Because it’s a nice evening?”

As a teacher of Adobe Photoshop, I hope you can learn from my pain; it took me years to get it right: the word is “palette” not “pallette.”

I’d love to see a wider spectrum, especially since there’s a whole world of pretty ultraviolet flower designs only visible to the insects of the world!

Apparently one of the common side effects of cataract surgery is the ability to see into the ulraviolet range. Some people just see a purplish tinge to formerly black/blue objects, while others can detect more distinct patterns. It seems to be a combination of the replacement lens not blocking UV like your natural lens did and how receptive the cones in your eye are to UV.

That’s going down the rabbit hole of “are those with sensory issues (sight or hearing issues) really experiencing issues, or do they just have the privilege of experiencing the world differently than we do”

I know this is a tangent, but I have an interest in disability philosophy.

The Social Model of Disability basically comes down to: “Does it interfere with your life? Does it stop you being able to do things that other people can do, and that you want to do or they expect you to do?”

So: colorblindness isn’t necessarily a disability, unless it’s at a level where you can’t see the difference between ripe and unripe fruit and you are at risk of eating something poisonous. But it doesn’t have to be that severe for colorblindness to stop you being able to read maps or UIs or color-coded signals on dashboards or signs.

Achondroplasic dwarfism is a disability in the wider world, because everything is set too high, for the convenience of people who are twice your height. If everything is scaled down to your comfort, then typically-sized people are at a disadvantage as they get neck and back problems stooping down to where the action is, and bashing their heads on lintels.

Conversely, once upon a time, poor eyesight was definitely a disability. If you couldn’t see your tools well enough to use them accurately, you couldn’t work, and had to rely on family and charity to live. Then corrective eyeglasses were invented, and now poor eyesight is typically an inconvenience, but not a disabling one.

Not to be confused with “pallet”, which is what all the best toys arrive on.

Even if the PuTTy scheme accurately renders the old 16 bit EGA color schemes, white text on a blue background was more popular than blue text on a black background.

The Return to the Obra Din has a mix of colour schemes to tickle that nostalgic yearning that you might not have actually had. I think I finished it in quasi mac mode.

(I used an Apple II with green text on black, an apple iigs with white/yellow on blue, a macintosh with black on white and various amber on black dec terminals. Some of them were easier to read than others)