Why do adults have anxiety dreams about school long after graduation? 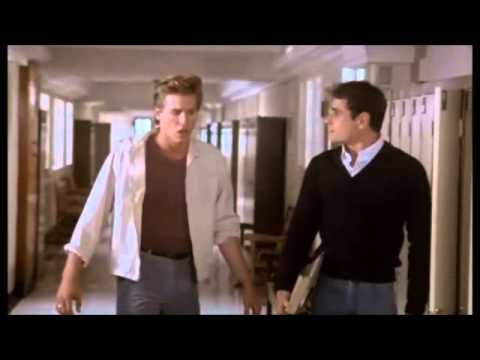 I have an anxiety dream every once in a while where I show up for my final exam, except I’m at the wrong one, due to getting the schedule mixed up. The thing is, that really happened to me in college! I studied for and went to my Lit final exam, but at the scheduled time, the professor and other students hadn’t shown up. So I raced my bike across campus, found the posted achedule, discovered that I was supposed to be taking my Calculus exam insted, raced to my room to get the right test equipment, and got to the correct exan about 20 minutes late, sweating and breathing hard.

The thing is, I aced that exam! It shouldn’t be anxiety-ridden, but nontheless it shows up even decades later.

I am at the front of the room, lecturing to the class; suddenly I realize I’m not wearing any pants!

I’ve had that one, but not lately. When I first started having the dream I was afraid that people would see me, later I would be concerned that they didn’t seem to notice that I was naked. Not sure what that means, I didn’t feel like I had impostor syndrome when I was awake. I don’t have any related dreams anymore.

I’ve had the “The test is in 5 minutes, I’ve got to find the classroom” dream a few times, and often brain is able to say, “of course I haven’t studied, I’m working 9-5.” But still I’m not able to realize it’s a dream situation.

Same story with a vertebrate zoology final. That one never shows up in my nightmares. It’s always the “Wait, I was never in this class! How can I be taking the final?” kind of thing.

Mine did too. But they were replaced with dreams about all the stupid stuff I had to deal with on the job.

I still have these once in a while – also a variant where my high school diploma has been deemed invalid, and I have to go back and finish some class or another. Sans-culottes, of course. And some of the same old assholes are still there.

Then another variant is when I have to go to the bathroom, the commode or urinal is in horrible disrepair, and/or I have horrible aim. The reason for that dream seems more obvious…

I don’t remember ever having dreams like this before, but mid-March of my senior year in college I learned I’d won an awesome fellowship that I was SO psyched about. You got to write your own project and then if you won, go off into the world for a year and do it.
Between mid-March and graduation I had a bunch of dreams where I forgot about a whole course I’d signed up for (it was usually either mathematics or heavy-duty composition) until the last minute and had either a huge project due or an exam. So stressful. If I didn’t graduate I would’ve lost the fellowship.
So I posit the anxiety basis for these dreams might also be connected (for some of us) to having a lot to lose.

Nope. I don’t recall ever having these dreams, either. I’m sure there were dreams that took place in school, but nothing like the standard school anxiety dream.

Yeah; had 'em all. I was involved in chorus and theater in HS; still have that “didn’t study my lines at all” dream. Fun treat; you still get the academic one too; not like it’s either-or.

For me it has been dreams about being reactivated or forced to return to military duty, even though I left the Army in 1990 (and was told I was barred from reenlisting). These dreams have a tinge of “I’m too old for you to boss around”, but did express a sort of anxiety about my current employment, an underlying fear that going back to the Army was the only option still left for me.

It helps that I am finally accepting that I am actually respected, that the junior devs really do look up to me. It helps to quell my imposter syndrome and my fear that my ADHD is keeping me from actually being good at my job.

Looking back, I had so many variations of that dream-

Can’t find the classroom
Can’t open the locker
Get to class, haven’t been there all year, bullshitting my way through another final exam
Stuck in a giant stairwell where everyone walks up, but I end up on some precarious ledge. again.
Arriving at a new campus, can’t find the dorm

I did not consider myself an anxious person at the time. My dreams tell me that I was kidding myself

I’m giving a math exam tomorrow. I had the nightmare a couple of days ago – it’s the day of the test! I’ve forgotten to make up the questions! I’ll have to figure out some right now and put them on the board! So I started doing that. Woke to realize that I’d made up a physics exam. What does that mean ???

Does it count if you actually experienced the problem? I missed a final exam because I misread when it was scheduled, showed up half an hour late, and was told ‘tough noogies.’ Considering how I had been feeling about that course of study, it was just the last straw and I changed majors shortly thereafter.

Why do adults have anxiety dreams about school long after graduation?

I don’t know. Did you consider providing a link to the article, or perhaps including the part that answers that question in your excerpt?

Weird. I’ve had the Awake World™ version of that…

I don’t have the school related anxiety dreams either. I have a feeling having them depends on how much anxiety or stress you suffered while you were actually in school. Myself I had a relatively easy time academically (though I by no means excelled in any but my prime interests) and I didn’t have any real issues with bullying while also having a fair number of friends. I wouldn’t call my school years the best years of my life like some people might, but I don’t quite look back at them with the sort of trepidation that would result in an anxiety response.

For me it has always been being in a school and never having actually gone to classes. Except that in the dream for some reason it’s a problem 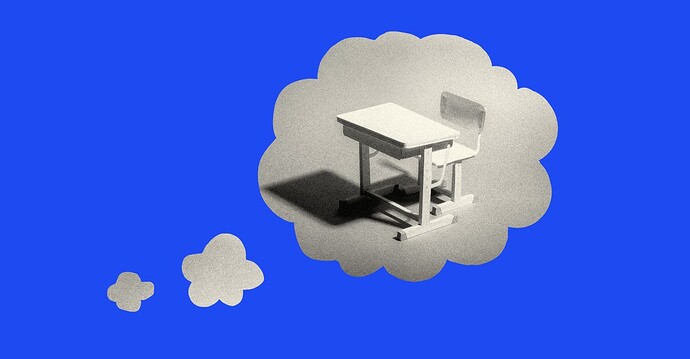 Why Adults Still Dream About School

Long after graduation, anxiety in waking life often drags dreamers back into the classroom.

She’s found that people who wanted to act or play music at an early age tend to experience anxiety dreams not about school, but about auditions—in their youth, that was where they interacted with the authority figures who could most easily crush them. In each of these dream scenarios, we revisit the space where we first experienced success or failure based on our performance.

I reckon people in primitive societies had dreams about turning up for the day of the Hunt having realized that they had left their spear back at camp, or something.