Why no one wants to hear from James Watson 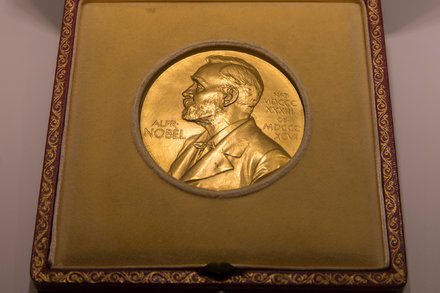 For Dr. James D. Watson, a co-winner of the prize for the discovery of the structure of DNA, the sale became part of an effort to redeem himself for making offensive remarks about black people.

Maybe still not enough to buy a David Hockney painting. 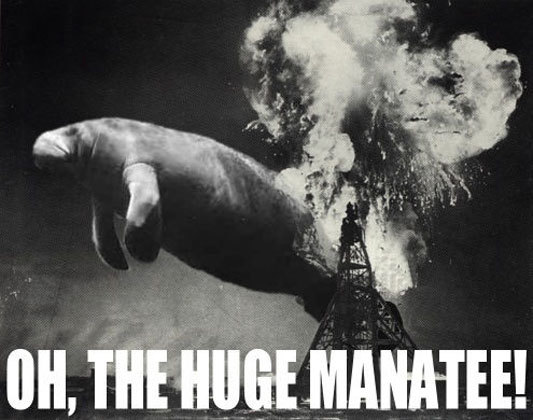 “With their unique insight and vision, Crick and Watson deserve their Nobel gongs. Contrary to some narratives, Franklin was not overlooked in this accolade. The rules are quite clear: Nobels are not awarded posthumously. Franklin had died from cancer aged just 37, in 1958, four years before the Nobel committee recognised what is undoubtedly one of the most significant scientific advances of the 20th or any century.”

Which strikes me as a bit disingenuous since, while she might not have been eligible for the nobel prize on account of her tragically early death, her contributions were certainly overlooked, downplayed, and outright dismissed.

I think we’ve just found the subject for Mel Gibson’s next biopic.

Well perhaps overlooked at the time, but I think the pendulum has swung the other way and these days she is, if anything, overhyped, conveniently ignoring her initial opposition to the helical model and that the famous “Photo 51” was actually the work of her grad student Raymond Gosling. In terms of people written out of history, Gosling has a better claim.

Anyone else find it reassuring, that in this age of Political Correctness, that there is still one group we can all agree to hate on, without fear of being told to “check your privilege"?

Almost as much as Nazis…

Which strikes me as a bit disingenuous since, while she might not have been eligible for the nobel prize on account of her tragically early death, her contributions were certainly overlooked, downplayed, and outright dismissed.

Here’s the Nature archive of the 1953 issue where Watson and Crick announced their theory. Articles by Wilkins and Franklin follow back to back in the same issue, and her x-ray diffraction image is shown in her article. Kudos to people who have not let Franklin fade in obscurity without getting her share of the credit, because that sort of thing happens all the time. But her supposed martyrdom is getting to be a mythological thing. Also, her biographers dispute the stereotype of Franklin as the victim, or that she was ignored because she frumpy or introverted, because she wasn’t, and that people who cast her as the victim often do so by accepting Watson’s comments as true.

A Structure for Deoxyribose Nucleic Acid
Watson J.D. and Crick F.H.C.
Nature 171, 737-738 (1953)
April 25, 1953: James Watson and Francis Crick’s classic paper that first describes the double helical structure of DNA. With some understatement they note that the structure “suggests a possible copying mechanism for the genetic material”.

Molecular Configuration in Sodium Thymonucleate
Franklin R. and Gosling R.G.
Nature 171, 740-741 (1953)
April 25, 1953: Rosalind Franklin and Ray Gosling provide further evidence of the helical nature of nucleic acids, and conclude that the phosphate backbone lies on the outside of the structure.

Seriously though “sodium thymonucleate?” That might be what it said on the bottle, but she should have mentioned “nucleic acid” in the title!

Also, someone would have eventually generated similar data. Linus Pauling poured over x-ray diffraction data, projecting the images onto a big roll of butcher paper, and plotting the angles with pencils and protractors. He had an impressive collection of mechanical calculators to help with the math.

From Watson’s autobiography quoted in the article:

Though her features were strong, she was not unattractive, and might have been
quite stunning had she taken even a mild interest in clothes. This she did not.

Seems like she dressed to avoid unwanted attention from colleagues.

I was just thinking, I’ve met another nobel laureate who had to do the resign-rather-than-get-fired thing for telling a young women (during office hours for a physics course he was teaching) that she should leave his office because women did not belong in physics, and he wasn’t going to answer her questions.

OTOH, he did fight for Germany in WWII…

The sheer number of Nigerian princes who don’t have the intelligence to hang on to their fortunes, and whom I always feel obligated to help as part of my “white man’s burden”, would seem to prove Watson’s point.

During my freshman year of college I had the privilege of meeting Dr. Watson when he was the guest of honor at my university. In fact, somehow I got have a 30 minute chat with him and a handful of other students. At this time I was in total awe of being in the presence of a Nobel Prize winner and dreamed of a career as a scientist. So, I asked him for his best advice for a freshman just starting out. His response went something like this:

There’s likely some paraphrasing there, as it’s been nearly two decades, but for me it was the first sign that Nobel winners were, indeed, human beings.

Watson is American. Crick’s the Brit.

As the linked story makes clear, Watson has been a jerk from the beginning.

It has always seemed to me that something as big as the discovery of the structure of DNA required the sacrifice of a virgin, and Rosalind Franklin drew the short straw. Her ovarian cancer very likely was related to her (overly careless) work in X-ray crystallography.

It’s easy to discard Watson as a racist, but his position on race and evolution is multifaceted.

In the same controversial interview, Watson also said that you should not discriminate “on the basis of color”. More importantly, he then said:

“There is no firm reason to anticipate that the intellectual capacities of peoples geographically separated in their evolution should prove to have evolved identically. Our wanting to reserve equal powers of reason as some universal heritage of humanity will not be enough to make it so”

You can take this out of the black vs. white context by examining the fact that East Asian IQ test scores trend higher than whites. There could be many reasons for the disparity in test scores, and of course there’s no one reliable universal measure of intelligence, but there’s no reason not to explore the possibility that certain races, ethnicities, or geographical groupings may have superior abilities (intellectual, artistic, athletic, etc.). Part of a scientist’s job is to ignore current societal taboos. Watson may have run his mouth insensitively, but he shouldn’t be dismissed.

The irony is strong in this one…

There could be many reasons for the disparity in test scores, and of course there’s no one reliable universal measure of intelligence, but there’s no reason not to explore the possibility that certain races, ethnicities, or geographical groupings may have superior abilities (intellectual, artistic, athletic, etc.).

Yeah, except people who have wanted to prove the superiority of whites have explored this idea to death.

I mean it; work on this has actually killed the notion that there is any real evidence for such disparities. It’s killed the notion that there are lineages separate in their evolution; contrary to what you quote, humans turn out to be a single genetic cline with less diversity than some tribes of other apes. And it’s also done a good job showing that there are reasons not to keep reviving this possibility, that digging and digging in hopes of some evidence that certain races are inferior does not amount to harmless investigation.

Yes, Watson says you shouldn’t discriminate on the basis of color, but he immediately cancels it with a but: “but don’t promote them when they haven’t succeeded at the lowest level”. That might be sensible advice to apply to employees in general, but he only recommends it for black ones; he doesn’t object to giving some people the benefit of the doubt, just not them, because while we might want them to be equal “people who have to deal with black employees find this not true”.

And surprise, requiring that black people prove they have talent in contrast to everyone else is discrimination. So him saying you shouldn’t discriminate based on color is empty words. He thinks you should, because everyone just knows they are not equal; and yet as I’ve said, people who try to control for factors like poverty have found no evidence that this should be true.

Supposing differences between supposed races without evidence does not become a multifaceted position just because you throw in a nonsense evolutionary explanation without evidence. The reason it’s been easy to discard Watson as a racist here is because he is saying racist things, of the exact same sort racists have been pushing for a long time now.

It’s easy to discard Watson as a racist,

[quote=“JonathanR, post:15, topic:47603, full:true”]
It’s easy to discard Watson as a racist, but his position on race and evolution is multifaceted.[/quote]
Those facets in a nutshell are: being racist, and claiming not to be.

There are a lot of multifaceted racists of this sort out there.

her contributions were certainly overlooked, downplayed, and outright dismissed.

By whom? The Nobel committee? Or the 1950s culture in general?