Why vinyl LPs are better than CDs and MP3s

Monty Python’s record “Matching Tie and Handkerchief” had 2 concentric grooves cut into the record that played 2 completely different recordings. From the wiki:

"The album’s original LP edition is particularly notable in that it was mastered with two concentric grooves on side two, so that different material would be played depending on where the stylus was put down on the record’s surface. For this reason it is sometimes referred to as a “three-sided” record. The cutting was carried out by George “Porky” Peckham, who became known for etching messages into runout grooves. This was the first of many Python albums to bear one of these so-called “Porky Prime Cuts” - a brief message on Side 2 which reads: “PORKY - RAY ADVENTURE”. To further confuse the listener, both sides of the record label were labelled “FREE RECORD Given away with the Monty Python Matching Tie and Handkerchief - Side 2” - only the matrix numbers identify which are the first and second sides. The album did not have a track listing, so that this feature would come as a complete surprise to listeners, who might on a subsequent listening hear material they had never heard before, creating genuine confusion.

“Since the record had two concentric grooves, they were spaced considerably apart, halving the length of the playing time. Subsequent editions of the vinyl incorporated both grooves sequentially as separate tracks, eliminating the double groove. However, when Virgin reissued the album in the UK in 1985, the double groove was retained, but with the “Great Actors” sketch cut from the end of Side 1 and moved onto the start of the second side which previously began with “The Background To History”. This meant the two B-sides no longer had equal length, resulting in a long silence following the “Phone-In” sketch at the end of the second Side B.” 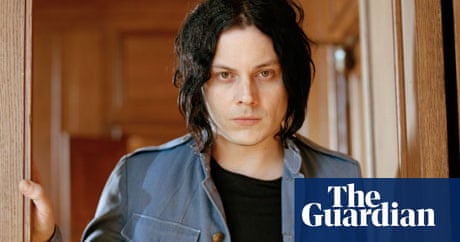 The blues-rocker has yet again innovated with vinyl, by loading the wax for his forthcoming album Lazaretto with secret tricks

You want to have fun with the structural characteristics of a physical needle scratching its way across a cheap piece of plastic, go for it. Just don’t try to tell me there’s any aural reason to scratch a needle across plastic.

Why vinyl LPs are better than CDs and MP3s

Because a fool and his money are soon parted.

You were trolled with that headline, as the video told us in the first couple seconds.

If “better” is defined as “cool tricks you can do with the physical object”, does “stick your Weird Al CD into a computer and watch a 10 minute mockumetary about his childhood” close the gap any?

And who could be better qualified to write an article about music storage systems than someone who proudly proclaims, “I don’t care much about sound quality”?

And here I thought the answer was going to be “because in 10,000 years Proxman archaeologists will have little trouble reverse engineering a system for playing the millions of vinyl records they will find in the Late Anthropocene stratum, which isn’t likely to be true of digital media.” And that is how our civilization’s greatest achievements will come to be considered “Whipped Cream & Other Delights” and “Neil Diamond’s Jonathan Livingston Seagull.”

And you can’t do clever things with digitally stored audio?

I mean, any album by any artist is immediately made better by Weird Al.

I remember it very well - we all thought we’d lost our minds the second time we played that track and got something completely different from what we’d heard before.

Do vinyl LPs have sufficient fidelity for spectrographs?

The following article is by Jarmo Niinisalo. A long time ago—in the summer of 2001 if I recall correctly—I ran into an intriguing page (Chaosmachine’s more

Of course, back in the day no one would have imagined spectrograph techniques would be trivially available to everyone.

And you can’t do clever things with digitally stored audio?

I remember that back in the late 80s, some high-end CD players could play “sub tracks” – tracks could be encoded as “track 1.1” “track 1.2” etc. Aerosmith’s Pump had a bunch of tracks like that, as did some Yes albums, and there were albums with dozens of empty sub-tracks to hide hidden songs, etc.

Vinyl is super awesome! I just dumped about 400 records out of my collection and got $1,800! Thank god for flash-in-the-pan hipster bullshit!

As children, my cousins and I would play “They’re Coming To Take Me Away” on their little record player… backwards. We could actually, physically force the turntable to go in the opposite direction, and I’m here to tell you that that song – backwards – was a major hoot. No hidden messages. No misinterpreted meanings. Just goofy 9 year old fun.

Re hidden tracks, I still have my 'Matching Tie & Handkerchief" Monty Python LP; one side has two interlaced tracks which I discovered by accident. Imagine my initial confusion!

My heartthrob Laurie Anderson had an album with multi-gooves, as well.

"Side 4 of this double album is multi-grooved. Depending on where the needle lands on the record, one of the following will play:

You're the Guy I Want to Share My Money With

You're the Guy I Want To Share My Money With is a double album released in 1981. The album is a collaboration by Laurie Anderson, John Giorno and William S. Burroughs, recorded during their "Red Night" spoken word tour of 1981. Released through Giorno Poetry Systems Institute, the album was funded in part by grants from the National Endowment for the Arts and the New York State Council on the Arts. Most of Anderson's material came from her performance piece, United States, and live versions o Th...

You want to have fun with the structural characteristics of a physical needle scratching its way across a cheap piece of plastic, go for it. Just don’t try to tell me there’s any aural reason to scratch a needle across plastic.

I clearly remember one 80’s snake-oil audiophile magazine pushing the ‘discovery’ that a particular pair of Grado headphones paired with a particular Sony portable CD player resulted in ‘astonishing’ audio quality. (I can’t go into the Byzantine explanations and ‘physics’ the mag used to explain the phenomena; I was laughing too hard.) Given audiophile magazine sources for ad revenue back then, I figured the idea was to get suckers to part with $$$ for the Grados. The mag pimped the scam for about a year or so.

I generally laugh at the idea of vinyl being “for audiophiles”, but there’s two situations where I definitely prefer vinyl:
– anytime I want really big, beautiful cover art or unique packaging
– when it’s folky sort of music and I have the choice of 60s-70s era vinyl vs. 80s-era used CDs. That music was (generally) really well engineered, mixed, and produced to sound terrific on vinyl back then, but when it first got put on CDs, it was typically just dumped on there and sounded terrible.