Will you miss the headphone jack?

Will I EVER miss the headphone jack. To the point that I will be clinging to my ancient iPod for many years to come rather than upgrade.

Besides that, why would I dispose of these shiny new headphones I just bought? Fuck that noise, I’m not made of money.

My wife uses Bluetooth in the van; I don’t because for whatever reason, my workplace security software f**k’s up the bluetooth handshake so that my phone is required to re-authenticate everytime I shut off the van. 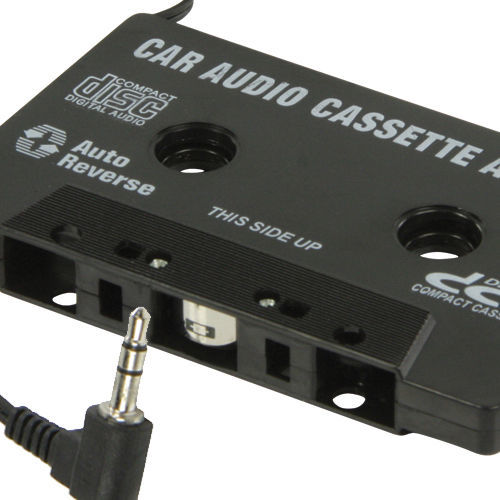 Every piece of audio equipment I own will accept a stereo 3.5mm plug. I don’t really harbor ill will against apple, but this is truly a “it’s not you, it’s me” kind of thing.

Besides the simple just plug it in of headphones… how much does bluetooth eat up battery life these days? Cause if I am on a 1 hour commute and that kills my phone vs. using a wired connection guess which one wins.

My car is older than Bluetooth, but new enough to be able to buy an add-on accessory for an iPod, which would keep it charged and pass audio to the unit. When I moved to an iPhone, I removed the iPod ‘cradle’, leaving the 3.5 jack. I can use an auxiliary charger and the 3.5 to audio. All good.

So it looks like that dongle just goes from the [whosimuhthinga] port to a 3.5?

How do I keep it charged and listen to audio?

Eh. Sounds like they’re most likely providing adaptors, so nothing I own will be obsolete. And Apple’s not pushing wireless Bluetooth as the new standard for audio, they’re pushing Lightning headphones/accessories, which can have higher audio quality.

The phone jacks, both large and small, are still very simple and very handy. A marvelous bit of engineering.

I suspect this may become popular. https://griffintechnology.com/us/itrip-clip-bluetooth-headphone-adapter

This is just Apple being Apple. There was much angst when they were the first to drop the floppy, FireWire, parallel port, modem, DVD drive etc etc

My question is how long before the other phone makers follow suit.

“Fuck the 3.5mm jack,” Apple will declare. The zealots will gladly agree — Bluetooth is the best! How could we have used cables before? It’s not so hard to charge your headphones, along with your Apple Watch and your iPhone! This is amazing! I love not plugging things in!

I hope that Apple removes the headphone jack from all of it’s products as a statement of … something … something.

That said, my ipad 3 from a couple of years ago is unable to power my Grado SR80s to my satisfaction, and I use a headphone amp/DAC with my imac… SMSL SD-793II. Saves wear and tear on the rear mounted headphone jack, on my imac, (Yeah, I’ve tripped on a headphone cord before. That was scary.)

Another big question is, what happens to Square? Their 3.5mm credit card reader thingy is the cornerstone of their business, and I can’t see them surviving having to pay Apple licensing fees for lightning.

A whole lot of businesses not big enough to justify a merchant account rely pretty heavily on Square existing.

You don’t need to carry this adapter “in your pocket 24/7” as the “Bluetooth-is-shit” writer says. Just leave it on your headphones. But the lack of ability to listen while charging is the deal-breaker for me on the no-headphone-jack strategy. I guess there are adapters for that, too?

I have an acquaintance who uses Square. When Chip & Maybe PIN but Definitely Pointless Signature became mandated, they started shipping Chip capable readers.

I don’t think they’ll have too many issues implementing lightning … If they need to. I wouldn’t be surprised if the Mac lightning to audio jack converter works with Square.

I am not totally against dropping the headphone jack … if it helps make the phone waterproof, that’s great … BUT, a) thanks to the monster that iTunes has become, my iPhone is no longer my main music player. There’s a bunch of great little Hi-Res music players that I can simply fill up by dropping the folders in there and no wicked OS messes up the track list order b) At night I plug in my phone for charging while also plugging it into my bed speakers for my meditation music … so, a simple lightning - 3.5 dongle won’t do … I’d need some splinter, so that charging and music via cable is possible …

and I totally agree with the Bluetooth Struggle ™ … my wife still cannot figure out how long to press until it pairs … she has basically given up on bluetooth … oh, and it sounds rather flat and never gets the volume to gym needed levels …

I’m sure users of Square won’t let their businesses go down the toilet when they can just buy an android phone. Problem solved.

Another big question is, what happens to Square?

They either come up with a new interface, or some small-time merchants will carry an Android device, I guess.

There was much angst when they were the first to drop the floppy, FireWire, parallel port, modem, DVD drive

And I still use DVD drives and ethernet regularly. I need more than one USB port too (powered devices don’t like it when there isn’t enough current). I try to avoid Apple though, ever since they started prioritising form over function all those years ago.

But most business use Square on iPads mounted on stands. They will still have headphone jacks for the foreseeable future. And iPhones can use the adapter.

The lack of a headphone jack is a deal breaker for me. I use my headphones mostly for talking on the phone. The sound quality is great and I haven’t found a Bluetooth set that compares. Plus, it’s so much easier to carry around a normal set of headphones that don’t have to be charged and only get disconnected when you actually physically disconnect them.

In all honesty, it’s hard for me to imagine an iPhone update that would make it compelling. I have a 6 (work) and a 6+ (personal), and they’re both fine. I have noticed more issues with both the OS and the touchscreen. I think the technology is mature and Apple has been adding meaningless, overly-complex features over the last couple of years that don’t actually improve the user experience, but allow them to have a nice, bulleted list of new features on the press release. I would switch to an android phone, but I’ve tried several and was disappointed in all of them.

Actually, bluetooth was one of the things that weaned me off Sansa & Rockbox for my audiobooks and podcasts. I had so many players destroyed by the cord catching on something as I worked, even though it was inside my shirt, and getting yanked out breaking the jack. Sometimes they could be opened & soldered, but not always. I use $13 lightweight BT headphones, not buds (bought several) and have been very happy with the setup, using a Moto G. Two more benefits is not missing calls because of machinery noise, and getting mild hearing protection when I might not be conscientious enough to put on ear protectors.

My biggest regret is there’s no stable Android port of Rockbox. I’ve not found the functionality of their bookmarking in any app.