Women speak out about Warren Ellis

There is an entire Universe between what you have written and the jerks who type ‘not all men’ in all caps, then keep typing and further confirm their jerkitude.

I very much look forward to a day in which civilized men don’t require being thanked for being civilized - when “find[ing] coerced consent [and naturally all abuse] so distinctly unappealing” is truly the default.

Today is not that day, so thank you, all you civilized men who don’t use your size, strength, and words to bully others.

Interestingly his most famous fictional protagonist Spider Jerusalem is similarly exploitative. The two women who serve as Spider’s “filthy assistants” throughout the series both eventually become his lovers. 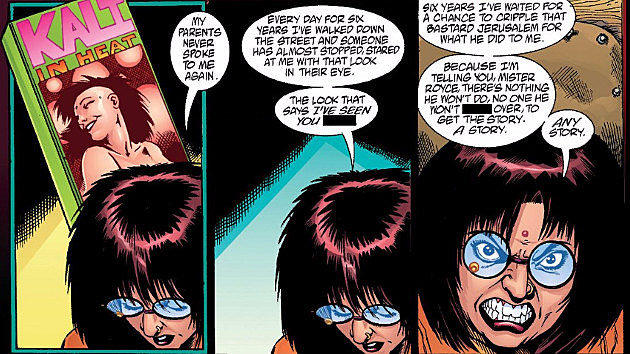 Spider, for his part, seems only dimly aware of who the woman is after her attempt on his life fails and utterly indifferent about how his callousness ruined her life.

So yeah… pretty creepy to learn the author behind this had a habit of sexually exploiting the women under his tutelage.

But some people are incapable of taking responsibility or treating others with respect, and their upbringing is more often than not the root cause.

They are not raised in a vacuum (not to mention plenty of people rise above bad parenting). The culture we all live in plays in a role in reinforcing misogyny, too. It’s not just a personal responsibility issue, although people always need to take personal responsibility for their bad behavior. We have to change the culture if we are to expect a different result with regards to powerful people exploiting those seeking mentorship.

If they cannot control themselves, they are unlikely to have the self-knowledge to realise their responsibility

Or they just don’t think they have to do so or give a shit who they hurt.

Yep. Or some sort of institution. No argument here.

We have to change the culture

Which starts with how people bring up their kids and educate them about how to behave and how to treat others - it’s all about example and education, and if these are fucked up then

they just don’t think they have to do so or give a shit who they hurt.

I am not without my faults, I know, but I do thank dog I was brought up to respect others and treat them as I would wish to be treated, and to understand WHY this needs to be so. Which is the foundation of a civilised society, and sadly we don’t have one yet.

Thanks - certainly @Mindysan33 and @PsiPhiGrrrl and others had already pointed out that there is a culture that enables Warren Ellis to happen. Hopefully it helps shed some light on how that culture is perpetuated.

And don’t get me wrong… the point of bringing up culture is not to let Ellis (or anyone exploiting people) off the hook. Everyone needs to take responsibility for what they do in this world. It’s not an excuse. But as long as that culture exists, we will continue to have this problem. We have to make larger changes than just our own personal behaviors is what I’m trying to say. Both matter here, both are important to acknowledge and understand.

Or considered how he treats the female characters employed by Spider that he wrote in those books?

A dumb, ham-faced looking chappie engaging in hundreds of morally questionable sexual dalliances begs the question: why are incels even a thing?

Being USED means being treated like an object and dehumanized. It’s the, like definition of the term…

Not to excuse this cruelty, but I remember a new yorker article deconstructing the dehumanization concept.

The limitations of the dehumanization thesis are hardly good news. There has always been something optimistic about the idea that our worst acts of inhumanity are based on confusion. It suggests that we could make the world better simply by having a clearer grasp of reality—by deactivating those brain implants, or their ideological equivalent. The truth may be harder to accept: that our best and our worst tendencies arise precisely from seeing others as human. 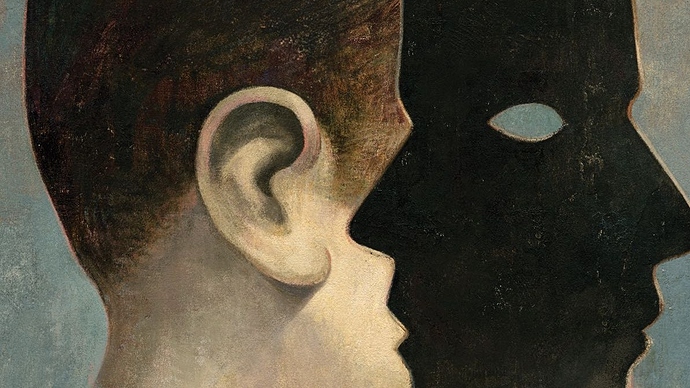 The Root of All Cruelty?

Perpetrators of violence, we’re told, dehumanize their victims. The truth is worse.

TIL. I like learning new things. It makes me happy. I wish I could not learn this, though.

Humans are inconsistent and complicated. And everything is always more clear in hindsight, not that that’s an excuse for anyones terrible behaviour.

I can honestly say it would never even occur to me to sexually harass one person, let alone nearly a hundred, let alone use a position of power to do so. Not because I know it’s “wrong” or it’s against the law, but because I’m a minimally decent human being. Doing that once is fucked up. Doing it a hundred times is predatory.

And he used that pity that perhaps others also felt (especially women) to exploit that and continue this kind of behavior.

Yeah, reading the women’s statements on the website, it’s clear he was presenting his life in a carefully edited way that made him seem alone and vulnerable, which is what made me feel for him, when in fact it was all a false narrative he was creating to take advantage of those who were themselves alone and vulnerable.

The vague initial statements I read, and his response to them, made me think he was immature, but reading the more detailed statements, it’s clear he was actually more toxic as hell. He may lack emotional self-awareness, but he’s incredibly manipulative, exploitative and very calculated, carefully targeting those who were vulnerable and immature themselves.

Ugh. I’m glad I wasn’t that big a fan because this absolutely ruins his work for me.

You know what? Just burn it all down. I’m tired of it.

So your “solution” when marginalized people bring what they’ve been dealing with all their lives to your attention is indiscriminate destruction because you’re tired of it? They want help, not to be re-victimized by armageddon.

I know you’re frustrated. I know you’re tired. I am too. But that’s no excuse for quitting when others depend on you to help.

Doing that once is fucked up. Doing it a hundred times is predatory.

Even once is predatory.

Disappointing and strange, mostly because Transmetropolitan can now be read as him using a hotshot, brilliant, journalist to tell on himself as an elaborate career suicide. Oof. I’ve got all of the collected graphic novels. I don’t know what to do with them now.
At this point I don’t think it should be “Me too” anymore, but “Him too” just because so many of my heroes seem like they’re hiding skeletons (or weird boners) in their closets. There’s a joke in there somewhere I’m sure but I’m pretty done laughing.

This is horribly disappointing as I was a big fan of Warren Ellis writing. From his comics to his novels, he wrote some really good and really interesting work but I won’t be buying anything new from him going forward.

Also I realize that I became a fan of Cory Doctorow and heard about BoingBoing from Warren Ellis. Ellis got an early copy of Doctorow’s Eastern Standard Tribe way back in 2003 and promoted it on his newsletter leading up to it’s release. What Ellis pointed out grabbed by interest and I got a copy right away when it came out and became a fan of Doctorow.

Unfortunately, that is partly how Warren Ellis became so powerful and was able coerce all these women. He did a great job in picking out really great books, comics, music and more from a very diverse set of creators and had an audience who paid attention to his recommendations.

I really like Transmetropolitan, in hindsight the character of Spider Jerusalem was an asshole and some of his actions are troubling in hindsight, but at the same time he did a lot to try and make people more socially aware and he dethroned a corrupt president.

But Warren Ellis is not gonna get a pass for his work. We have to keep on calling out this foul behaviour, men and women who have a position of power over others have to understand that when there is more than one person involved secrets are impossible to keep and your dirty laundry is going to get aired at some point. Its the only way we are going to see this stop.

So to hell with Ellis, flush him with the rest of the trash. But you should still read Transmetropolitan, its a great story. Just read it online for free, don’t give this asshole any of your money.

I’m not a fanboy but I have read some of his stuff (there is a lot). Transmetropolitan deserves its place I think, and maybe hopefully he can change for the better so his work can still be enjoyable. If not, good riddance.

I just hope it doesn’t turn out that Greg Rucka is a jerk!