Wonderful profile of Anita Sarkeesian, the feminist games critic who made an army of shitty manbabies very, very upset

I’m looking forward to reading this article. Her comments about YouTube’s relevance and about stoicism not being the response to griefers that’s available to everyone sound like they add to her already fascinating story.

That cost is also an important part of the story: Sarkeesian’s harassers were unspeakably vile and vicious

They still are, in addition to being obsessive as you note. Sadly, I fully anticipate the arrival of at least one Gator in this topic.

There were times when every small mention of her summoned the hordes.

When I go and speak at schools and colleges, students tell me they want to do what I do. But you can’t do it on YouTube anymore. You need to go and figure out what the next YouTube is. Ten years ago, YouTube was new. It was the platform to talk to people through. What’s the next one? What is the new way that you talk to people? Digital video is a really difficult place to navigate right now. I don’t think it has a shelf life, as it stands.

I’m baffled and intrigued; it sounds like this could be the subject of quite a lot of analysis itself. I thought YouTube was actually flowering as a place for entertaining, long-form, light exposition of philosophies, movements, and attitudes.

Can anyone here offer / point to some hint of what she’s talking about?

the feminist games critic who made an army of shitty manbabies very, very upset 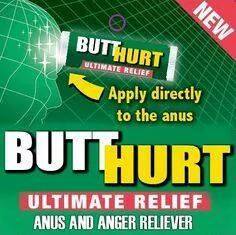 Can anyone here offer / point to some hint of what she’s talking about?

Perhaps she’s coming at this from the game developer’s point of view, seeing video games as better and more interactive way to talk to people through than one-way videos. Or maybe it’s specifically about YouTube in particular being the dominant player in the digital video space and continually dropping the ball when it comes to moderation and curation. She could also be talking about YouTube being more cluttered and noisy than it was a decade ago, or that deepfakes and bot-generated content might make it less effective. Perhaps all of the above – like you, I’d like to hear more from her on the topic.

What is clear is that she thinks young people who want to effect change like she has won’t be able to replicate her path toward that goal using YouTube.

I haven’t read the article itself, but if I had to guess in general, I would say it could be:

Yeah - I reckon we need to start re-building quality stuff now that all the digital toys have been busted and thrown around the bedroom.

No. Anita Sarkeesian is not as smart as you think she is. Although important in the general sense of bringing a better representation of women as both characters in video games a well as videogame developers, her overall conclusions are wrong because her angle of attack is wrong. Sarkeesian, as far as I can tell, and I have to entertain the thought that I could be wrong, is a Sex-Negative or Puritanical Feminist, viewing any type of sexual expression as oppressive to women. She has NEVER given examples of positive sexuality in video games, at least that I am aware of (please tell me if she has).

Liana Kerzner is a conservable better analyst then Sarkeesian because Liana is able to see nuance that that others don’t or ignore. She also puts things onto both culture context, literary context (video games are after all another form of story telling) and the context of the limited technology that was used during the development of early games.

the limited technology that was used during the development of early games.

Limited technology didn’t limit the choice of this game developer: 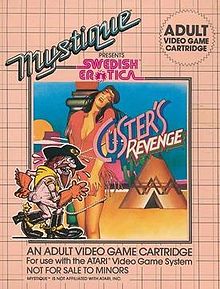 Custer's Revenge is an adult video game produced by Mystique for the Atari 2600, first released on September 23, 1982. The game gained significant notoriety due to its goal being to rape a Native American woman. The titular player character is based on famous American Civil War commander General George Armstrong Custer, who is most well known for his major defeat at the Battle of Little Bighorn. Following the North American video game crash of 1983, Mystique was unable to stay in business. A...

Sarkeesian is not a “Sex-Negative or Puritanical Feminist” as far as I’ve read. She is taking a stand in opposition to the rape culture and sexism that has pervaded the industry and a good portion of its consumer base for 40+ years.

why the Male Gaze doesn’t apply to Lara Croft

The developers who created Lara were all men. The male gaze absolutely contributed to how she looks, how she moves, how she sounds, and literally everything about her. That doesn’t make her bad, or even an example of bad design, and it’s important we take historical context into account when we evaluate the impact of characters like her. But “the male gaze doesn’t apply” is a laughable statement. There is much, much more to the male gaze than directly stating “this woman’s sole purpose is decorative titillation.”

Women appreciating (or reclaiming, which is a thing that happens) something created by men doesn’t mean that thing was not created (by men) in an exclusionary culture of inherent sexism, and appreciated (by men) for sexist reasons, and doesn’t inherently serve as an endorsement of that creative environment.

Also, feminists are individual people with individual opinions, as are women. One opinion doesn’t cancel another out.

Sure. Not for the boys at all. 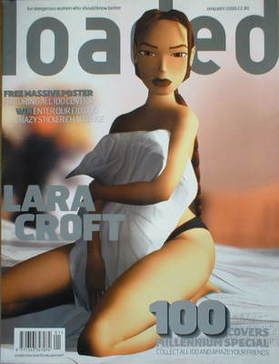 Sadly, I fully anticipate the arrival of at least one Gator in this topic.

Obligatory as all hell:

Speaking as a guy who played the original Tomb Raider as a teen, hell yes there was male gaze being involved. It’s completely disingenuous to claim otherwise.

And the well-known explanation that her bust size being increased 150% instead of the intended 50% was a “typo” that the creative team “decided to keep” is definitely 100% true and absolves everyone involved, right? No male gaze going on there!

Really? Umm it sure had my attention over a lot of other things in video game land at the time simply because of her curves.

She has NEVER given examples of positive sexuality in video games, at least that I am aware of (please tell me if she has).

Oh, there’s an easy reason for this, too. That isn’t “frigid prude feminists hate sex, and also men.”

You know what actual, genuine positive female sexuality in media entails? Women being in control of the design decisions—and I’m talking about all, or at the very least a majority of them. That simply does not happen in an industry with only 25% female workers, save in niche indie situations. There are literally no major examples of this. They don’t exist yet.

Are there “eh, I guess this isn’t overtly terrible” examples? Sure. But they’re pretty milquetoast, enough so that I’m failing to think of any. (And I can do five or six overtly terrible examples off the top of my head, natch.) Will there be examples in the future? I hope so! But “Anita is wrong because she gives no fair and balanced examples of something in an industry so unfair and unbalanced that the thing in question doesn’t exist” is another A+ disingenuous argument of the grade these discussions unfortunately attract.

Developers don’t always have a choice in how their games are advertised, there are often a separate marketing department that ignores what the developers want.

They most certainly have choices in the design. They can also leave jobs that promote unhealthy stereotypes.