Yeah, but that is fantasy violence. They draw a line at real world stuff when it comes to guns (Though the original SW lego blasters were just thrust nozzle pieces.) And most of their other set with weapons are fantasy sets. Maybe all of them are now. Do they still make pirates?

My kids mom wanted some Star Trek TNG Minifigs to decorate her cake for her birthday. I spent several hours looking for some bootlegs. I eventually learned that there was one good set custom made in the UK 3 years ago, and other than that its hit or miss finding something on Etsy.

But I did find piles of bootleg minifigs. Some of them Star Wars and Lord of the rings, and then tons of historical army figures. Definitely if one was into dioramas that would be the way to go.

Re-dioramas: I used to play Star Wars minis with a guy who painted war gaming miniatures. Wow. He showed me a Roman Legion he was working on and the detail for the size was amazing. 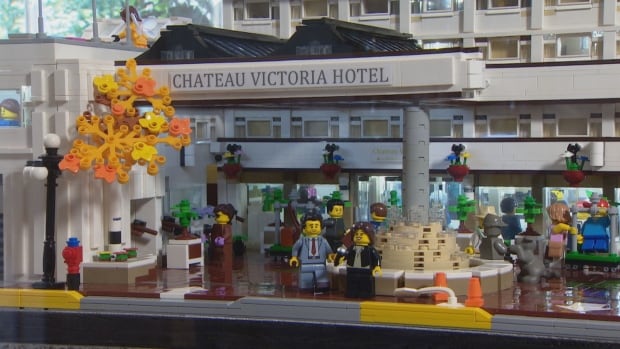 Glenn Waddingham, who has worked as a bellman at Chateau Victoria Hotel for nearly three decades, took on an ambitious project to recreate the hotel using over 62,000 Lego bricks and figurines while he was out of work during the pandemic.

Perhaps you’d enjoy this 1-minute reenactment of the Battle Of Pearl Harbor by the Townswomens’ Guild of Sheffield in Yorkshire. 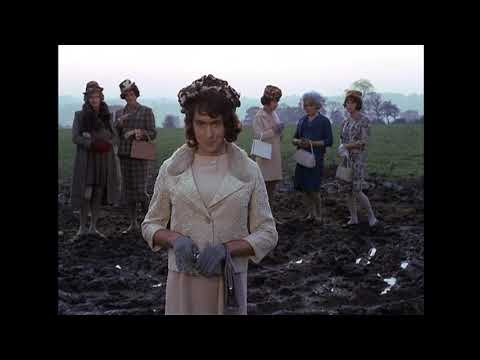 As soon as I saw the stop sign, I thought, “Oh that has to be an inside joke”. I was very glad to see it was.

What a great story of a guy who likes his job and is just doing his thing.

Best walking simulator put to film. The gimmick kind of wears thin after an hour.
Beneath Hill 60 is a good fairly recent one.

For your viewing convenience.

Amen. Subject matter aside, this is truly impressive.

I would love if this were the third Lego Movie.

Not I. But the movie is instructive because the abstraction of minifigs and Lego means we concentrate more on the details, such as the weapons used in the trenches, how fighting actually happened, the logistics involved in moving that many men into the meat grinder.

Even little details like the rattling of the artillery shells meant we as viewers felt the tension of hoping the supplies wouldn’t get hit and cook off behind the lines. Concentrating on one German officer let us feel tension, either hoping for him or (like me, I admit it) hoping the bastard would be cut down.