YOU ARE OBSOLETE (where YOU := digital video aspect ratios)

I’m creating this thread so I can keep from SHOUTING in so many other threads. [TODAY I AM VERY ENAMORED OF ALLCAPS; TOMORROW IT MIGHT BE SEMI;COLONS]

Continuing the discussion from Woman inhales anti-gravity vapors and floats up pole:

Most video is horizontal because our eyes are spaced out horizontally. It’s how we experience the world; we can take in more information looking side to side than up and down. That’s why square TV never caught on even though it actually predated wider aspect ratios.

I can’t find an online citation, but I rememeber Scott McCloud talking about the liberation of layout being of the advantages of digital comics (eg, super-wide, vertical, etc.). The aspect ratio of an image describes the proportional relationship between its width and its height. It is commonly expressed as two numbers separated by a colon, as in 16:9. For an x:y aspect ratio, no matter how big or small the image is, if the width is divided into x units of equal length and the height is measured using this same length unit, the height will be measured to be y units. In, for example, a group of images that all have an aspect ratio of 16:9, one image might be 16 inches wid...

I’m with OtherMichael on this. The argument that our world is experienced side to side only applies when you’re talking about displaying the world, for instance when you’re looking at a landscape. It’s different when you’re only showing off one part of the world.

To pick a purely random example: we have long looked at portraits of other people in a vertical fashion, and that leaves the problem that our eyes should be seeing what’s all around them and isn’t there, but somehow it never bothers anyone. Everyone accepts that images should change aspect ratio to match what they’re trying to display.

The explanation I would need, and have never seen, is why that should change when you add movement.

Because the process of reading is radically different to the experience of viewing images? With the possible exception of some “savants”, no-on “gestalt” reads, but rather needs to focus on a very small portion of their field of view and then rapidly move on in an easy flow, which recommends a very different process for limiting strain on the eyes than presenting an image to be taken in on the viewers terms.

An open book is usually horizontal. If you’re reading in one of the world’s most popular written languages you’re probably reading each line of text horizontally. And unless you’re the kind of person who skips straight to the playmate centerfold then you’re probably turning the pages horizontally too. Again, we just tend to experience the world laterally more often than vertically.

Which is not to say there is no place for vertical video—I happen to think it works pretty nicely for video chat since odds are good that the person you’re chatting with is taller than they are wide. (That’s why we call it “portrait mode.”) But the general preference for horizontal video has little to do with technical limitations.

Honestly, I think what bothers people is the black banding: you feel like there is all this detail missing, both outside the frame and maybe even in the frame if it wasn’t being shrunk to fit against the opposite aspect ratio of the screen.

I can see how that’s a problem if there is a lot moving off the edges, but I know I don’t feel that way when there is a subject that is plainly kept within a portrait frame. Again, it doesn’t seem to be any serious concern when people see still images that way, so I’m not sure why it becomes so different when you add a little movement.

I’m only posting in this one once, as you and I have had this conversation in the past. But books =/= live theatre (what film is trying to replicate).

Theatre has always been horizontal due to gravity, all the actors move horizontally and proscenium openings were always designed with a shorter/wider perspective. The eyes naturally create a wider viewing perspective due to their locations. Each eye sees in a circle, but the pair of them see in two circles mounted horizontally, what the brain then perceives as a horizontal view.

Film started with 4:3 and has now moved into 16:9, shorter than initially created. That’s just the way the genre has established the standard for moving pictures. It’s what the eye is looking for and what humanity has made its technology adapt to, like steering wheels in cars (why not two levers?!). Camera operators need to adopt, and if they do not, cellphones should just rotate the image automatically.

Why are books oriented vertically?

I’m going to guess that this is due to two things: portrait orientation books are generally easier to hold, and it is easier to take in a whole line at a glance.

I think 9x16 is a terrible aspect ratio. 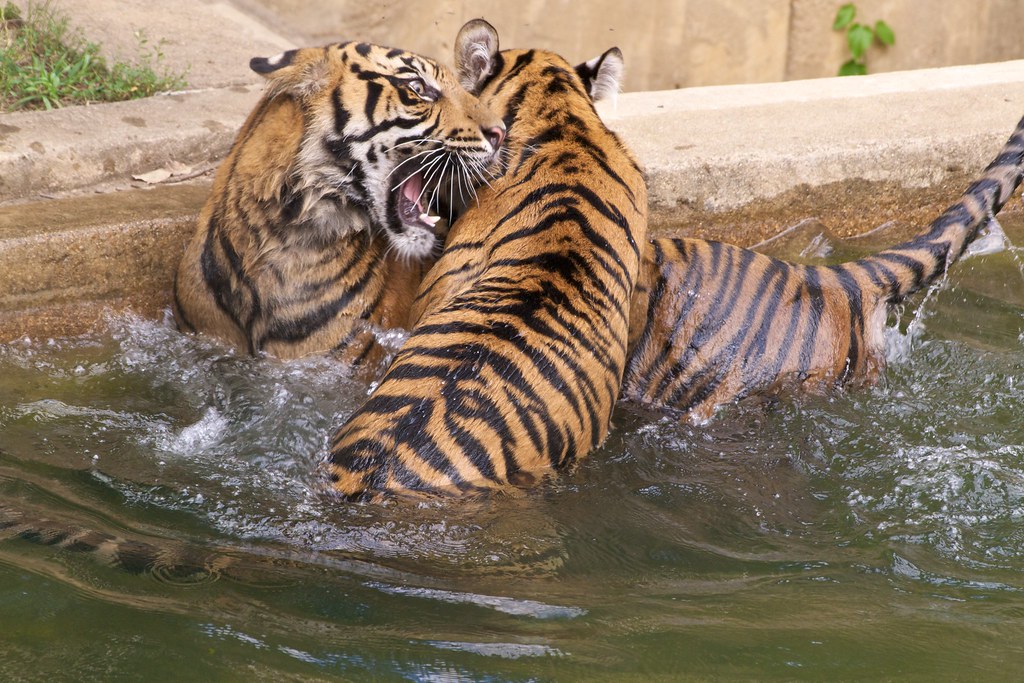 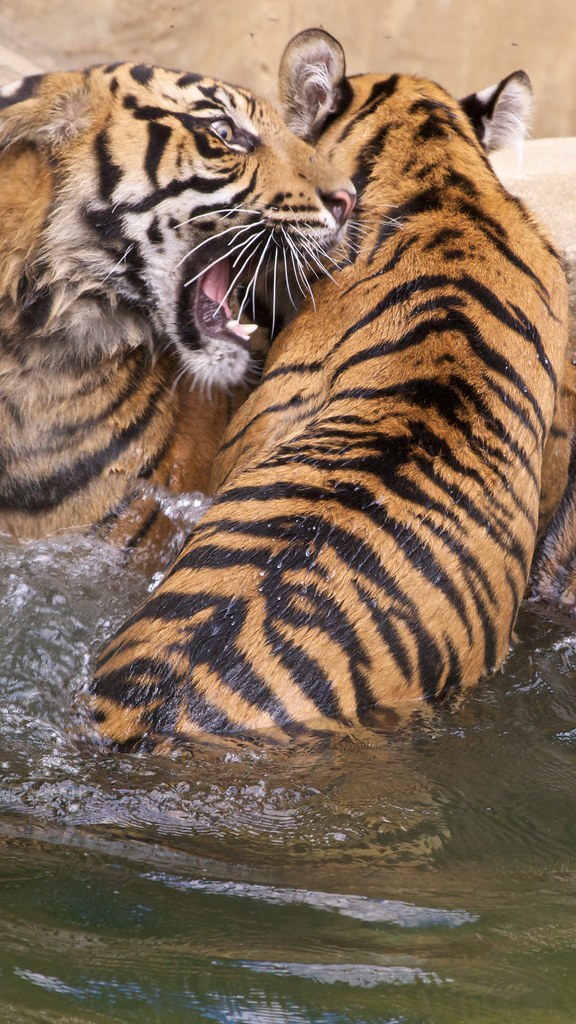 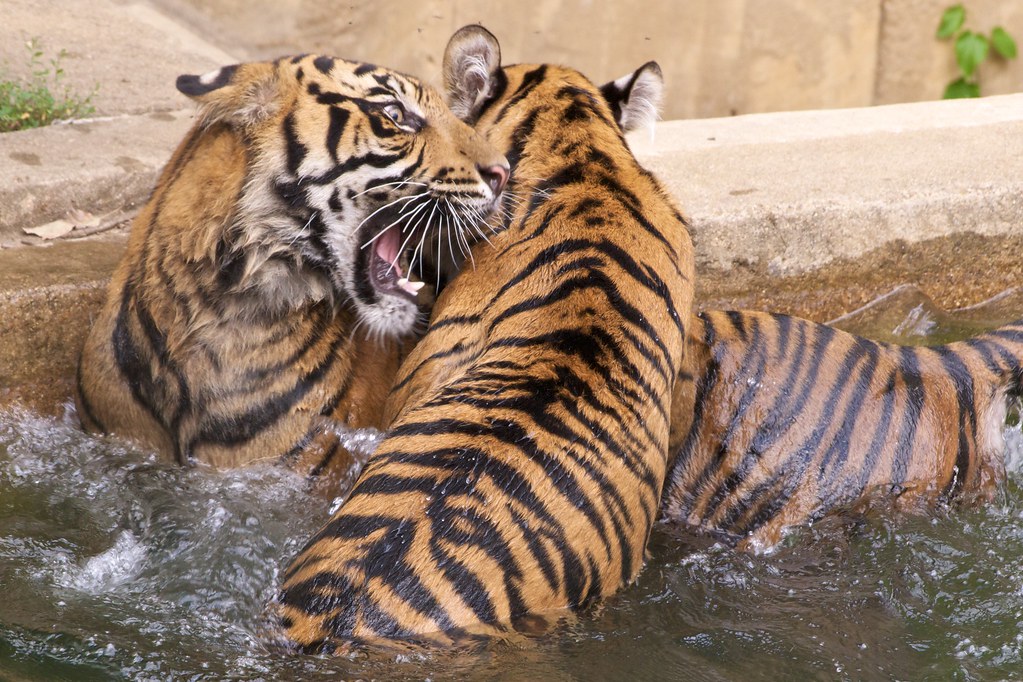 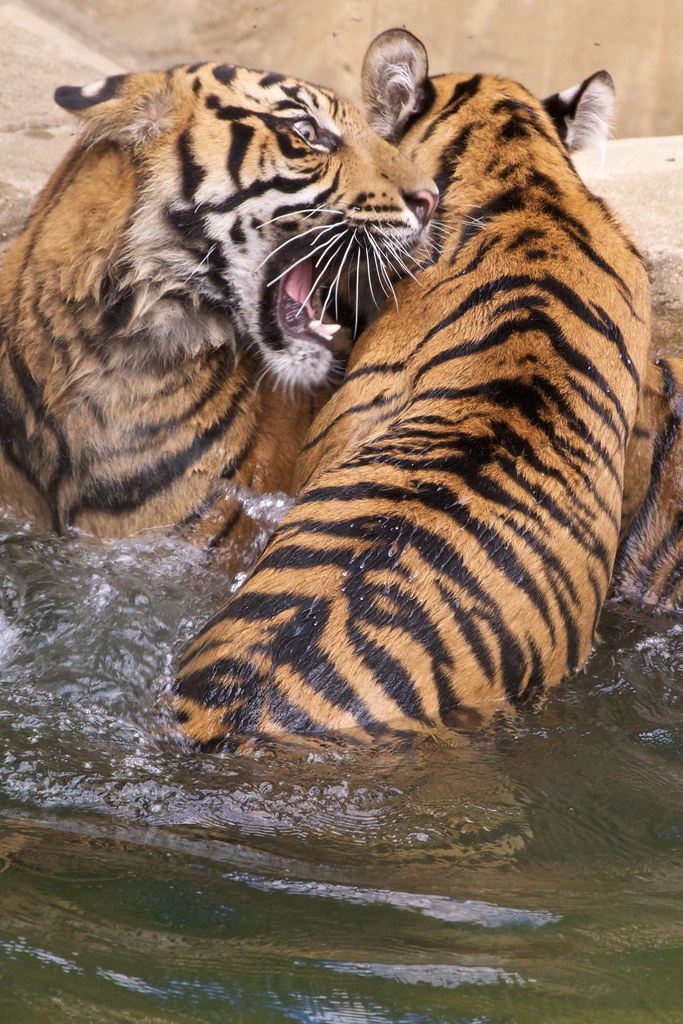 I think there should be a 16:9, a 9:16, as well as a 2:3 and 3:2. Now, all things considered, it’s not the sort of picture which lends itself to creative cropping, and I didn’t even pay attention to Aperture’s one-third guides. But while the 2:3 cropping is okay, the 9:16 ratio is cramped. If vertical video is, in fact, 9:16, there’s a good reason to despise it aside from the “black bars” problem.

live theatre (what film is trying to replicate).

Sorry, old timer, we’re talking digital. You might as well tell us our iPhones are trying to replicate the stories told by a shaman under the stars (“Siri, what’s that shadow on the moon?” “That’s a dragon, he’s going to eat the world unless you give the shamans more food.”)

Vertical vs. horizontal is a huge debate in the online community. Due to YouTube aspect ratios, most people believe all videos should be shot with your phone on its side, creating the familiar horizontal image like you’d see in a movie theater. If... 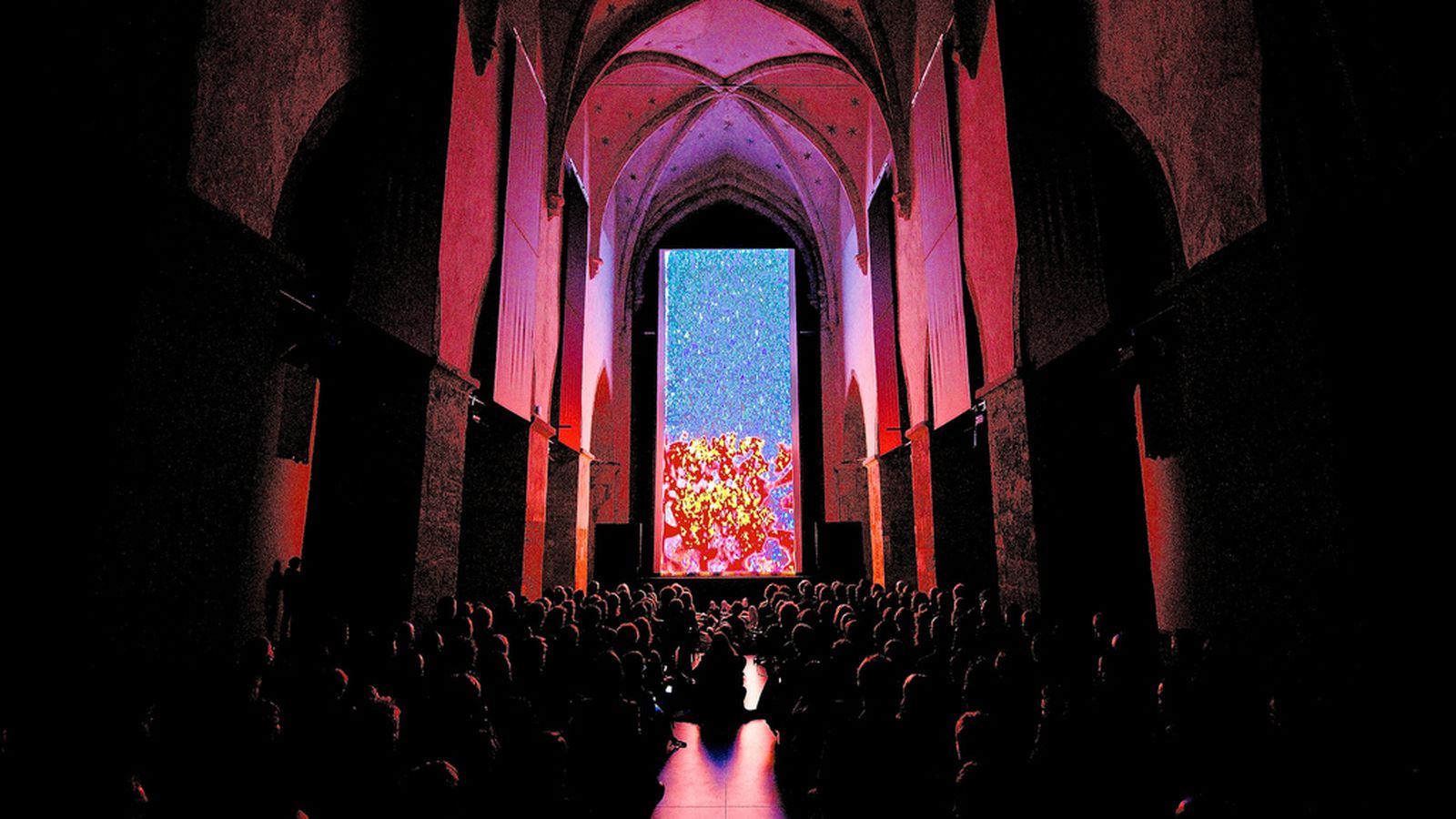 If portrait video is wrong, these artists don't want to be right

Portrait videos are a touchy subject. As the logic goes, our eyes are side by side, not stacked on top of one another, making tall and skinny videos something subconsciously unsettling. In a very...

What are you kids going to play it back on? Oh, a flatscreen TV that you Chromecast to? What’s that ratio, I wonder? Oh, you’re going to show it on a site-specific projector? How are you going… oh, I see, you’re USING FILM. 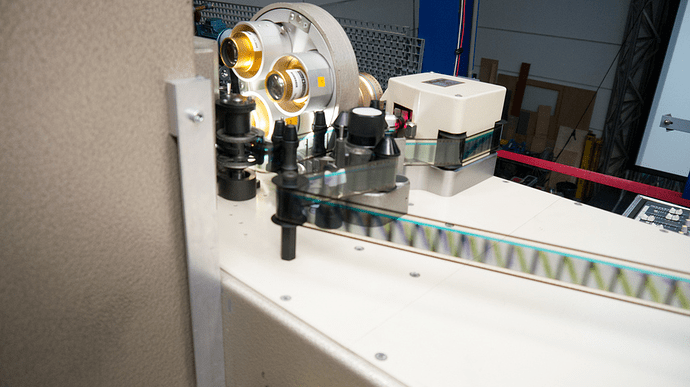 What is this “TV” thing? They sound cumbersome. Can they be folded up and taken with you?
And what does that have to do with moving images inside of my computer, anyway? I’m not really clear what point your trying to make. Something about watching movie on movie-screen and tv-screens, but… seriously, grampa. Nobody cares about the buggy-whip industry anymore. First you insist that all film is horizontal; when confronted with an alternative, you then insist that vertical things must be on film. While I admire a dynamic playing field, I’m not really clear on where the goalposts are right now.

And have you seen any of the films at vertical cinema? The excerpts seem very… conceptual.

while it should be possible to develop a cinematrographic vocabulary that takes advantage of a tall, narrow screen, I have not yet seen evidence of stories that take advantage of this constraint.

Would it be too vulgar to suggest that Chinese Landscapes would be a good place to start?

You can’t call film old-fashioned if the only vertical oriented project you cite actually uses film. If this was a true alternative you’d be able to find more than one project and have it use digital. But you’re taking what you get.

Cinema, digital or otherwise, has part of its joy in sharing the experience with others, restricting your viewing experience to a small screen that fits in your pocket is the dead end. Otherwise you’d get 20,000 people all straining to look at Goonies together on their own devices. 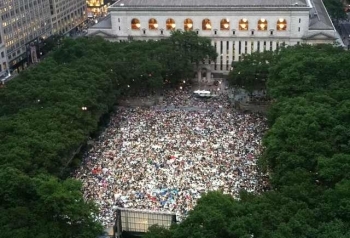 This vertical cinema project? Not on portable devices, a large shared screen, like a TV. And on film, that antiquated old flammable material. You keep disparaging old technology but that’s all they’re using to help you prove your point.

The trick is that video doesn’t mean cinema. The internet is full of videos meant to show a single object or event, including the one that spurred this thread. Not all of them need work the same way. To take the extreme case, animated GIFs are not confined to any particular aspect ratios, and work better because of it.

I agree most longer films should be some kind of landscape, because they are things that are meant to fill out our whole field of view. I also agree with Brainspore that video chat, which is meant to show one person in the field of view, should reasonably in portrait.

For different kinds of video, different presentations will work better. Now that we can view them in much the same way we do images, and many are only intended for that medium, is there any benefit in wanting to apply one or two ratios to them all?

I agree most longer films should be some kind of landscape, because they are things that are meant to fill out our whole field of view.

Still photographers have much more control over how their images will be displayed than video photographers-- you can shoot portrait video all you want, but vimeo or youtube will tend to pad it out to a 16:9 ratio, limiting how creative you can be.

Again, we just tend to experience the world laterally more often than vertically.

I had a college professor explain to me, 20 years ago, that automobile windshields were roughly 16:9 before movie screens were, and that 4:3 was more an artefact of technology, and 16:9 would be in our living rooms soon enough.

Once the world was seen from a windshield, that carried over.

Whether or not the general point is true, car windscreens are not that close to 16:9- my arbitrary sample from the Model A onwards suggests it’s more like 25:10.

Incidentally, the 160 x 135 degrees field of view of the human eye would correspond to an aspect ratio of 23:10.