You can cancel your cable subscription thanks to this antenna—just $15.99

Thanks to this antenna, and whatever service you use for Internet, which is of course, not cable.

Or, in true bOiNGbOiNG maker fashion, build your own for almost nothing! http://www.popsci.com/learn-defy-cable-company-diy-hdtv-antenna

Unless you enjoy watching live sports.
And assuming that you have some means of internet access apart from, um, cable.

Most of those type of Antenna are only good if you have ‘line of sight’ to a transmission tower.
If you’re a bit out of the city or have a mountain in the way, you’re going to need an outside antenna.

You can cancel your cable subscription thanks to this antenna—just $15.99

Thanks. This didn’t make sense at all. Is there anywhere in America where you can get internet service without getting basic cable bundled in?

I hope you live near the city center, because that is the only way these things work well.

I have one just like this at my current apartment which is near one such a city center, and even then I have to run it through an amp, mounted to my bike servicing rack, which then I have to turn at a ~45 degree angle to the wall which it ostensibly is designed to be mounted on.

All that said, works great! I get a ton of channels.

If you live a ways out (say, 35 miles from Chicago), don’t even bother with these silly indoor panel antennas–they are garbage. If you live on high ground, get a Terk indoor directional antenna: 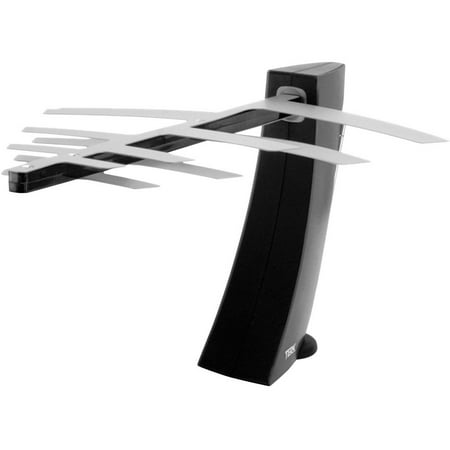 The single best thing you can do is get your antenna some height. If you have a roof mount, or better yet, a pole on which you can mount an antenna, by all means do so. Get a cheap Omni HD antenna like this one–I got a TON of channels without even using an amp: 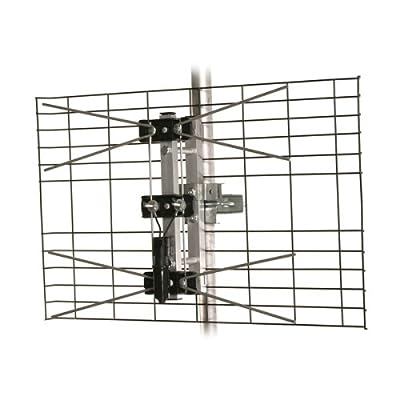 Item #: DB2ANTENNA. Although the DB2 was originally designed for outdoor use, it has quickly become one of the most popular indoor antennas due to its small size and extraordinary gain. The bowtie des ...

When my condo building tore down all the gear on the roof while I was out of town (annoyed still about that), I switched to using this mounted on the back, and it even comes with a nice amp: 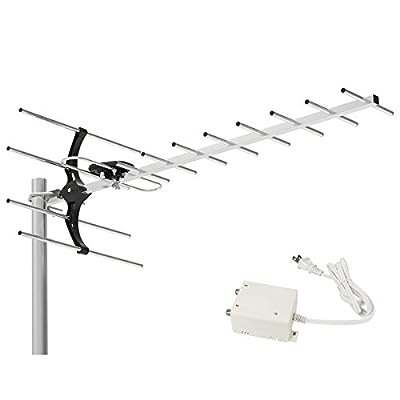 In closing, don’t believe the hype that you can buy a magic super flat panel antenna and have it just work…

There’s DSL, and other options in some areas. Satellite if you don’t mind the latency. Here it’s between DSL and cable, and the cable provider wins handily on speed and lack of downtime. (Now if only they didn’t want me to bundle channels with it.)

Right here in NJ. I pay about $45 a month for FIOS internet only. I could get cable and phone wrapped in for about $70 a month, but we’d never use the phone and cable would let the kids just plop down and watch whatever was on versus us having some control over their Netflix/Hulu/Roku content. They have to plan to watch something for a certain time period, not just turn it on and stay.

Unless you enjoy watching live sports.

Which would be… live?

Or do you mean televised sports? Like bowling? I do loves me some TV Bowling!

We get internet from Comcast and don’t pay for TV with it (although it might be the case that it would be cheaper if we did, perhaps - certainly they’ve offered temporary discounts for signing up for basic cable in the past…)

Been on my to do list for a while

There are an awful lot of live sports available on the internet. So many soldiers or expats scattered around the world that a whole subset of sites have cropped up to support them. I used to get cable for the World Cup but I haven’t had to do so since 2012.

This is true, and in most cases these are even legitimate streams. They do require one to actually have internet access, however, which can be tough for many U.S. households without resorting to the local cable provider. DSL just does not cut it for bandwidth intensive viewing, and fiber is a pipe (pun intended) dream for most of the population. 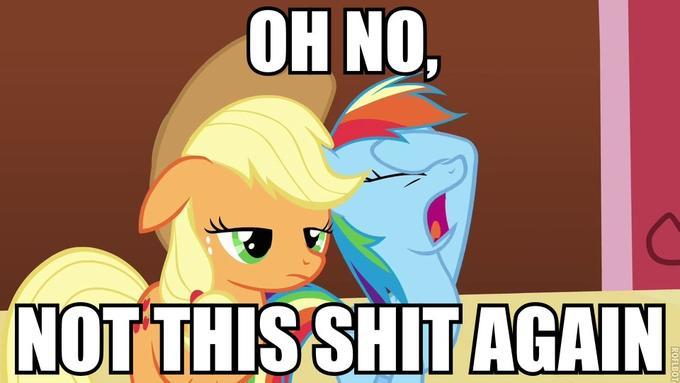 We lost everything but the local CBS and ABC stations (but gained a few line Antenna TV) after the switch to HD broadcasts. We live right outside DC, but at the bottom of a hill, on the opposite side from the transmitters. Before HD the reception was crappy but we could usually pick up the other stations.

ETA: I put an aerial antenna in the attic – no way I’d get on the roof – which helped, but again that was pre-HD. Doesn’t help that we’re surrounded by trees.

DSL just does not cut it for bandwidth intensive viewing

I have 50mbps on my DSL (bundled with phone service for around $40/month before fees). It handles the viewing OK.