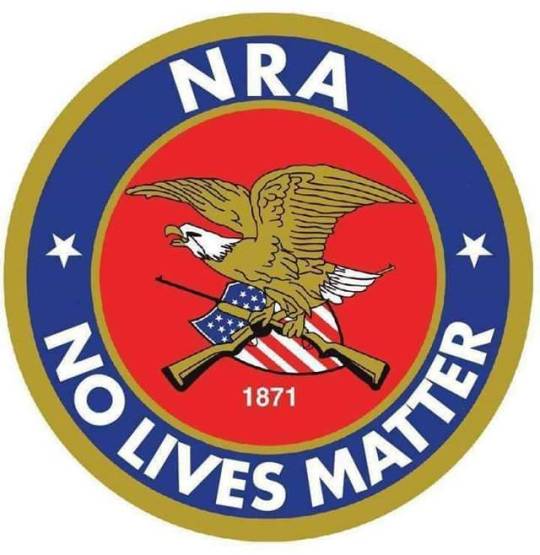 Well, come on now - the NRA knows that the lives of their top donors - the jetsetters living between Manhattan, London, and their Mediterranean yachts in port at Monoco who own the ~4 private equity groups that own 95% of all gun companies in the world sure do matter…

I’ve been playing wack a mole on my FB feed for anyone dense enough to post some of the memes out there. “Just asking questions.” doesn’t work when you refuse to listen to the answers.

Can we call that progress?

Yup. The real problem is that people believe this junk not because it’s convincing, but because they want to believe it. For example: they really want the killer to be a liberal, and not a conservative.

Well when people realize that actually a lot of white people really do look very similar making it less likely that the same young woman was “posed” in multiple “fake” tragedies and more likely that three young white women with squarish jaws, long brown hair, and a look of distress were seen at three separate very real tragedies… that would definitely be progress!

Can you blame them? Just like every Muslim wants it to be a non-Muslim.

It is a little more sinister than that. If it turns out to be a liberal, they will feel like it validates their ideology and use it to fling poop. Muslims, not so much when there are non-muslim terror attacks.

“Actively promoting” is misleading, because it sounds like YouTube is personally endorsing Vegas conspiracy silliness. It is not. It is merely publishing searchable content like it is set up to do. I suspect survivors and victims’ families have other things on their mind right now than searching YouTube for videos to relive this tragic event, regardless of whether they agree with the angle of the content or not.

Google is already filtering out the content of sites like AlterNet and wsws.org. Presumably those calling for Google to filter Vegas conspiracy BS on YouTube are fine with that too, because you can’t really have it both ways. Freedom of speech applies to all, not just for content you agree with.

If they start editing and choosing content actively that would open the doors to their content being heavily influenced by the editors beliefs and mindset. I prefer them being neutral.

Fake news is a real issue. But solutions are hard. What fair standard do you apply that will take down these BS stories but leave real journalism alive? It wouldn’t be hard to end up in a place where the only “news” was government (read: Trump) sanctioned propaganda.

That’s all I’ve got.

Damn, I can’t hotlink the images!

Freedom of speech applies to all, not just for content you agree with.

There is no freedom of speech on YouTube, or any other private platform. There never will be, and there never can be, because no private company is in a position to guarantee it. They will always be subject to pressures, from media to management, from business to unexamined bias, that make any promises to embody or guarantee freedom of speech a lie.

But YouTube has never even promised it. Everything there is there because it wants it to be there, and if you put something they don’t want there, it will be removed. They even have an internal content flagging system that they use to make sure the stuff that could get them in trouble is immediately detected and removed.

Believing that you can situate your free expression with private companies (or the sad belief they can accommodate it, or the far sadder attempt to force them to) is like sharecropping: it’s not your land, and it’s not your voice, and the underlying power will prevail against you sooner or later.

Given all this, the most reasonable thing to do is to try and get YouTube to adopt and enforce policies, and to be transparent about where they begin and end when it comes to (among other things) free expression.

I should make them shareable, shouldn’t I? Or would that just be a terrible mistake

As usual be careful when people say ‘google is promoting’ because search results are so personalized (though maybe they’ve changed the algorithm to down rank since the author took that image, can’t tell when it was taken from the post). 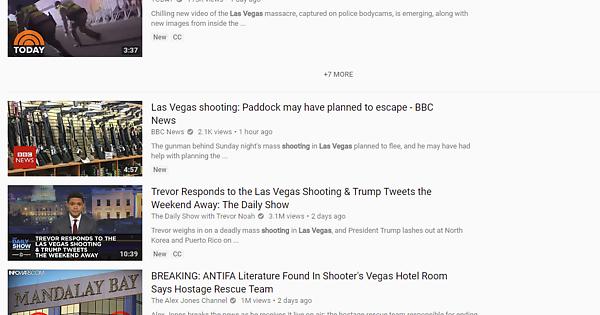 There is no freedom of speech on YouTube, or any other private platform. There never will be, and there never can be, because no private company is in a position to guarantee it.

Well… they could. The phone company guarantees your freedom of speech, because it’s a common carrier. As bandwidth gets cheaper, maybe the Sanders administration will nationalize the bankrupt Youtube. Then Nazis can say what they want… just like real life!

It is a sewer, the search results a fatberg of fake news and fury.

Rob’s wordsmithing is among my top reasons for visiting BB. I am never disappointed.