I had a catalytic converter shield and it didn’t slow down the thieves on the third and fourth theft.

What will stop all this vandalism and theft is to arrest those who are doing it and go after the people who are buying the stolen cat converters.

Time to get an EV folks!

One sad thing is that a lot of Toyota Priuses have been hit in my neighborhood because apparently the cat is more expensive and accessible on those than on many of the less fuel-efficient vehicles. 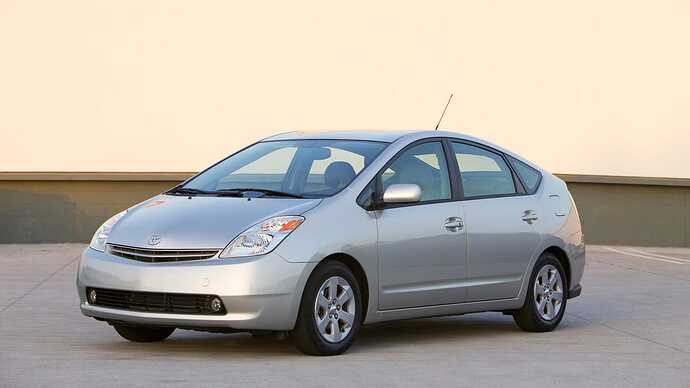 Thieves are stealing the catalytic converters from old Toyota Prius models in record numbers, for a possible $1,000 payout.

From an Investigation in Houston, it appears that these are not going to scrap yards piece by piece. There is an organized effort to stockpile them and then stuff them in containers to be sent overseas. The price of Rhodium went insane during the pandemic as mines shut down.

I had the catalytic converter on my Prius replaced due to old age (17 yrs). It was only about $600 at an independent shop vs $2000 at dealer. My take is it’s not worth spending hundreds to secure, but if I had some rebar and a welding kit laying around…

it appears that these are not going to scrap yards piece by piece. There is an organized effort to stockpile them and then stuff them in containers to be sent overseas.

Interesting. If it’s a big organized effort then sting operations that target the leaders should be even more effective to shut it down. Using some bait vehicles with tracking devices installed in the cats would be fun but you’d think that law enforcement could also just make deals with the few folks they do catch to find out who they’re selling to and just work their way up the organization.

it is a combination of things, not just one type of buyer. Until Houston passed this ordinance, possession of a “used” catalytic converter was not illegal. So you could have a whole car full, or storage locker or container full of them, they were just considered scrap metal in the eyes of the law even though EVERYONE “knows” where they came from, there were no laws broken and certainly no way to link them back to their owners.

Criminalizing POSSESSION of them seems to be the only legal tool that may work at this time but it also means lots and lots of accountability by legitimate scrap dealers and body shops.

The only problem with the ordinance is that Republicans seem to think it puts an unnecessary “burden” on small business in terms of paperwork and compliance. So much for the party of “law and order”.

Plusses: no emissions test required, and the wiring diagram fits on one page!

The cost being the health of the planet we rely on for life.

“Because they know in Harris County it’s a property crime and they’re not going to get any jail time, they’re only going to get a PR [personal recognizance] bond if they don’t have a weapon. And they all know this because they’re all convicted felons.”

I recognize some of that argumentation from the big scare over “organized retail theft” in Walgreens.

The video claims about 70 thousand catalytic converters were reported stolen nationwide last year. If every one was worth $1000, that’s $70 million dollars worth of theft.

While it’s impossible to tell how much Trump personally stole from the U.S. Treasury, I’ve read that his golf outings alone reportedly cost 65 million taxpayer dollars. There’s little arguing that arresting one specific idiot would have stopped those millions in theft. Yet here we are, worried about these tiny thefts as if the rest of that money wasn’t ours.

How the heck did they pull that off? Drill out the proprietary-head bolts?

They conclude the video with the point that a simple welded cage made of rebar or an aftermarket steel plate is the best protection.

Came to say the same. All these “clever” gadgets are way more complicated and expensive than a piece of 3/16” steel plate welded over the area. That would take you an hour to get through that with an angle grinder and nobody is going to bother. It’s what I’d do if I lived in an area where this was a high risk.

They used a sawzall and cut right through it.

This also gives me pause, because what about heat transfer (or lack of it) in an exhaust system?

An air gap around the cat would suffice.

What material was the shield made of?

It’s a rhetorical device to draw attention to a characteristic, a form of reduplication.

There’s nothing in principle making it any worse than litotes, to say “not bad” when you mean “good”, or simile, or any other comprehensible turn of phrase.

I don’t know that there’s technical term for this construction, because it’s only become consciously popular relatively recently. But, linguistically speaking, this uncontroversial rhetorical device is uncontroversial.

I’m still seeing this post on the top of the blog page. Anyone else?