The Zuck can do no wrong.

by the fact one of them was Donald Trump.

Hmm, in this case, Trump was only the rubber mask being pushed forward by the players behind him. They would have been just as happy with Ted Cruz as their chaotic idiot.

That’s what running a platform for all ideas looks like.

Facebook isn’t a platform for all ideas, it’s a platform for Zuckerberg et al to make money off people who unwittingly give up their personal info and content for nothing valuable (or, at least, nothing of equivalent or greater value) in return. As Richard Stallman says: Facebook users aren’t really users, they’re useds.

There already exists a platform for all ideas: it’s anywhere in the world where free speech is protected. Facebook isn’t a replacement for free and open public discourse, despite what Zuckerberg’s head-up-ass believes.

Zuckerberg and company (other technolibertarians) fail to realize or refuse to admit that the marketplace of ideas isn’t neutral as it always has built in assumptions which drive discussions ever rightward.

To expand on that, Facebook makes its profits in large part by keeping its costs down. That means baked-in bias created by a programmer in their algorithms is generally fine to let live, because keeping the status quo is cheap. Constantly checking for bias is a problem, because that is going to create complexity and take programming resources that will cost Facebook money. Human intervention such as fact checking is a cost center, and again that costs Facebook money, especially if it’s done well by highly trained employees and not by workers in Slovakia being paid a few bucks who have a mediocre grasp of English.

Facebook also has a baked-in bias against weeding out fake accounts. When a bad actor creates 10,000 or 100,000 accounts, Facebook benefits from the bump in user numbers. There is a cost in cleaning up bad data associated with those accounts.There is a cost when humans are required to verify that accounts identified as fake are actually fake. It’s more profitable to let large numbers of bad accounts stay alive.

Neutrality is a code word for cheap.

This comment isn’t very brilliant, I’m in need of some tea and a good meal. But I just am so happy to be done with Facebook and I hope more and more people start to realize what a toxic cesspool it really is. Whatever platform he has enabled, it’s less a platform of neutral ideas and more a platform of awful behavior where basically your front door and entryway become the battleground where non ending unpaid moderation begins. Eventually either they get in and sack your place or you keep your address well away from facebook, unless you just happen to enjoy doing that instead of living any part of your life that you could be using that time for. May his dream and all of its profits die a meaningful death that society learns from… that would literally be the best facebook could do for human society… to become defunct and then be dissected carefully for analysis. Neutral doesn’t mean we keep the really bad ideas because we don’t want to improve anything, the bad ideas just keep pulling you further into muck. But… hey where there’s muck there’s money, right Mr. Zuckerberg? I guess some people really enjoy making sure an eruption of intellectual sewage is always immanent. 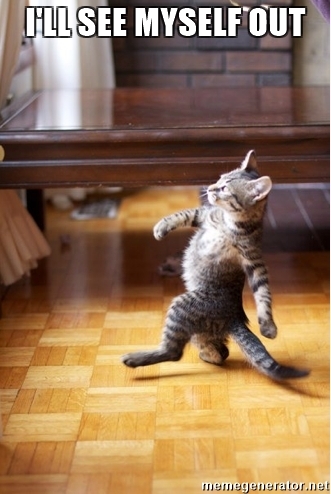 This is just wrong. Facebook didn’t create “structural forces” to make people try to get all their news and ideas from a single commercial entity. Those structural forces are “human stupidity,” and Facebook merely capitalizes (literally) on them.

Played by Trump, Played by Putin - those are the “both sides” sonny.

Zuckerberg and company (other technolibertarians)…

The techno-libertarians who didn’t die in childbirth with the creation of the internet all committed suicide when they realized what the platform was ultimately going to be used for (I’m looking at you, FB)…

If you want to understand techno-libertarianism, it would be better to look at John Perry Barlow, founder of the EFF, and doing damn good work IMO.

People hear the term and think Ayn Rand, when they should be thinking JPB.

I’ll have to disagree with you since I use to be a techno-libertarian (and then an ancap afterwards). Zuckerberg is the end result of techno-libertarianism. In fact, everything we see going on in the Valley is the end result. Which means techno-libertarians own the fruits of their labor. Techno-libertarianism has leaned too heavily on the proposition that good ideas will dominate markets when in reality it’s that markets will be dominated by whomever or whatever can garner the most profit. If it’s crappy spyware ridden applications and silo’d networks then that’s what’s going to win. Good ideas only flourish if the productive abilities are accessible to all. And I do mean all. From grandma who wants to make a website cataloging her recipes to some young kid who wants to create some weird art project or game that ability to create something on the Internet needs to be accessible to everyone. And relying on corporations to see that end is a failure to grasp what capitalism is and what it isn’t. So, you’ll always get The Zuck regardless of how good the intentions you have as a techno-libertarian.

This is why I think most techno-libertarians cease subscribing to that philosophy will lean hard left (like me) with flavors of mutualism and syndicalism in their rhetoric or hard right and turn into weirdo proto-fascists that have no sense of history (IMO Craig Brittain is a great example of this). I’ve yet to see a technolib go centrist, might be a thing but I’m unsure.

I was going to ask if you were a fascist yet - and pleased to see you had a damascene moment. What sent you the other way?

Life experiences with dead end jobs in a factory town. That and 19th century individualist anarchism (Tucker and company).

If only there was a resource that addressed how flawed perception and reasoning goes unnoticed because we are all so unwittingly overconfident. Then again upon hearing the title Zuc might respond “Yes I am” and not listen to David McRaney’s podcast.

Both sides are upset about ideas and content they don’t like. That’s what running a platform for all ideas looks like.
– Zuckerberg
… knows in his heart that if everyone is mad, he must have done something right.

This again? When’s this kind of argument finally going to be laughed off the planet? 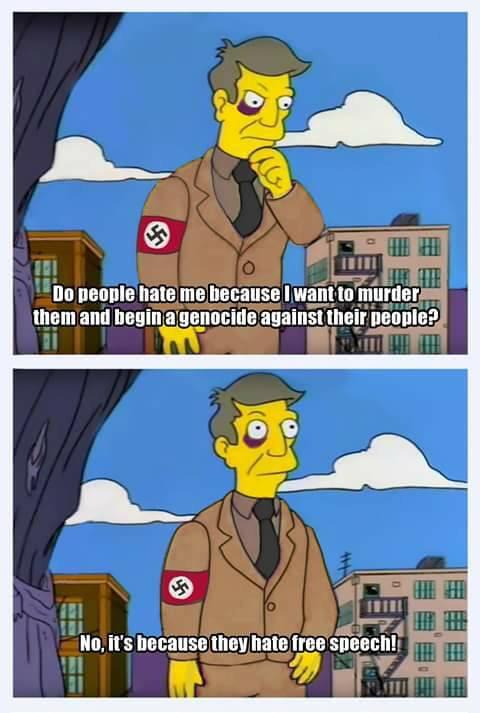 (Strangely, I had written a response, but it evaporated in the aether…)

I’m afraid we’re going to have to disagree. There is the left-libertarianism of the likes that built the EFF, the FSF, and other (IMO) good things. There is also right-libertarianism (that is sometimes associated with the likes of Silicon Valley, and tends to be kind of douchbaggy). Mark Z, IMO, is neither. He’s just greedy and doesn’t want to be regulated.

Zuck would never risk a reciprocal ban from txt.fyi.