100 of the coolest buildings in Los Angeles

There’s some very cool ones in here I’d never seen before! Like the Herald-Examiner building, Hale House and Chemosphere* - and Pann’s truly is a great type specimen of Googie.

As for the Gehry buildings… well, let me quote someone who put it better than I could: “Frank Gehry is a great sculptor, unfortunately working in the medium of architecture”. I would hate to have to live within sight of any of his works.

Anything Greene and Greene is fine by me.

One thing I like about the Bradbury building is that it’s a powerful example of how big a difference lighting and set dressing can make for TV and film. In Blade Runner it’s a freaktastically spooky setting for the final showdown, but in Pushing Daisies it’s almost cartoonishly cheerful.

been a while, but was really into the creative build aspect of Minecraft. Not always the best medium for highly modern, more minimal constructs, but I have made some forays into 20th cent. stuff such as a tribute to Sullivan’s National Farmer’s bank. May be a few LA edifices worth voxelizing, too.

I made a pretty nice Fallingwater once.

I read this earlier today. I can’t imagine. I’m trying to make a floating island with a castle on top and it’s taking forever. 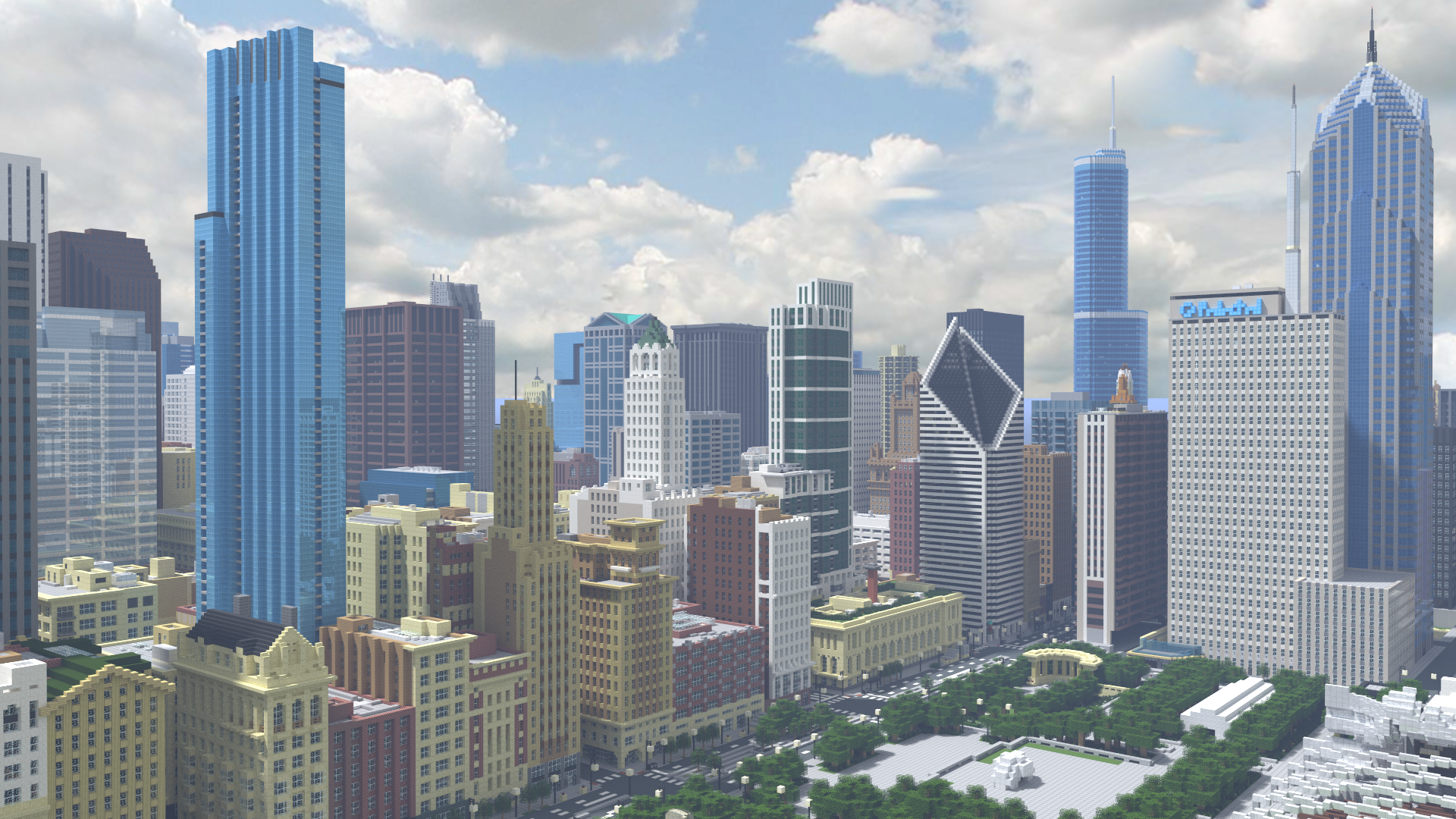 From trees to towers, this Minecraft model of Chicago is incredibly detailed

After spending four years building Chicago out of virtual blocks, an 18-year-old from the north suburbs has unveiled an intricate Minecraft map of downtown.

The Fantastic Journey is an American science fiction television series that was originally aired on NBC from February 3 through June 17, 1977. Lost in the Devil's Triangle, trapped in a dimension with beings from the future and from other worlds, a party of adventurers journeys through zones of time back to their own time. Varian, a man from the 23rd century, possessing awesome powers. From 1977, Fred, a young doctor just out of medical school. Scott Jordan, the 13-year-old son of a famous scie...

I got it confused with https://en.wikipedia.org/wiki/Renaissance_Center
in Detriot.
And it’s been slightly annoying me for years what the heck that series was called…because I tried to look at Renaissance Center instead of Bonaventure.