13 hospitalized in San Diego after overdose of synthetic drug Spice

“can cause blood pressure spikes, vomiting, seizures, and other serious conditions.”

Weed costs are ridiculously cheap here in san Diego, why in the world would a person ingest this shit?

May I politely direct you to the last paragraph of the post?

“Synthetic cannabinoids have been illegal since 2013, but some people favor them over weed because they can use them and pass a urine test and keep their job or not violate probation.”

Oh, risk of permanent bodily damage is totally worth it, great argument, and thanks for the clarification.

In a toss-up between that vs losing your job and/or going back to prison? I can understand why people might think it’s worth the risk. File it with the many many things that the drug war has achieved that are the opposite of harm reduction

No one said it’s a great argument. And, in fact, it’s a terrible argument. However, there’s plenty of people who would love to get high - because, I think, it’s sort of a natural predisposition in us what with the vast array of alternants we’ve had available to ourselves since… whenever - but those people also, perhaps, have too much riding on their job. They don’t want to lose it.

Or they are on parole but would love to have a buzz because buzzes are a nice side effect of being human but they are going to be drug tested and don’t want to risk violating their parole.

Or it’s the trusting kid in the head shop and the guy behind the counter who is Older and WIser says ‘yeah, this’ll get you high.’ and the kid says ‘how much?’ cause kids want to get high and usually will try whatever is available. trust me, i know, i was a kid! (A kid before this crap came on the market, thank god)

Granted, there’s a certain kind of person who buys this stuff because they are the ones at risk to drug testing. And those lower classes tend to read the big bold THIS WILL GET YOU HIGH before the fine print or news articles or anything else.

I mean… how about this:

"Tobacco has been legal since all time, but some people favor it… because [it feels good to them] even though it has been shown to cause cancer, emphysema “and other serious conditions.”

Sounds like a shitty trade-off!
This is what we get from the War on Drugs.

This is why you should only use Spice that has been officially verified to be 100% organically harvested from the sandworms of Arrakis.

Do you think the governments would tolerate a substance that could allow their subjects to see the probable futures?

That’s an interesting analysis considering the situation here in Anchorage where it’s the homeless who have been disproportionately affected by spice. I would hazard a guess that only a small number of the affected were concerned about passing a urine test or not violating probation.

Or at least some more badass synthetic drug with skulls and shit on the logo. None of that dorky vapey vibe.

Never mind I didn’t catch your other comment further down.

Oh, risk of permanent bodily damage is totally worth it, great argument, and thanks for the clarification.

Have you heard of Krokodil? Turns out people will do a lot worse to themselves to get high. (CNN hyperbole aside, this stuff actually causes necrosis at injection sites) 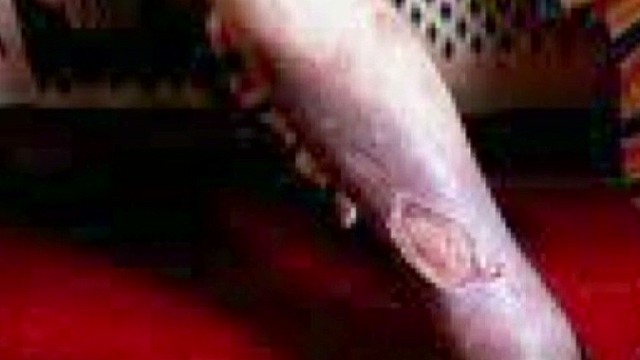 Krokodil: Flesh-eating 'zombie' drug may be in U.S. - CNN

A flesh-eating drug that turns people into zombie-like creatures seems to have made its way to the United States.

The spice must flow.

Reminds me of all the stories of what people did during Prohibition to try to get drunk. When you make practical (and less harmful) substances illegal and/or expensive to find and consume, people will find and consume worse shit.

As long as I’m not shooting-up in my eyeballs, who the f**k cares?

“Synthetic cannabinoids have been illegal since 2013, but some people favor them over weed because they can use them and pass a urine test and keep their job or not violate probation.”

The blue-on-blue eyes are still a big giveaway though.

One course of sub cuticle Krokodile injections have been ordered. Please komply by Tuesday.

You gotta get a curved needle and shoot up behind the eyeballs.