323 reindeer died from a single lighting strike in Norway

Santa is SOL this year.

The government doesn’t want you to know the real truth:

You know what I love about BB comments? Nobody (until right now, I guess) has suggested this was a death ray test. Which it obviously was.
There. Now I’ve ruined it for everyone.

They said they’d prove HAARP wasn’t a mind control device, but they never said it wasn’t a death ray.

Apparently there are some people suggesting it was aliens or “Russian anthrax” because deer were missing heads (??).

Anyone else catch the pilot for that new adaptation of “The Tick”? 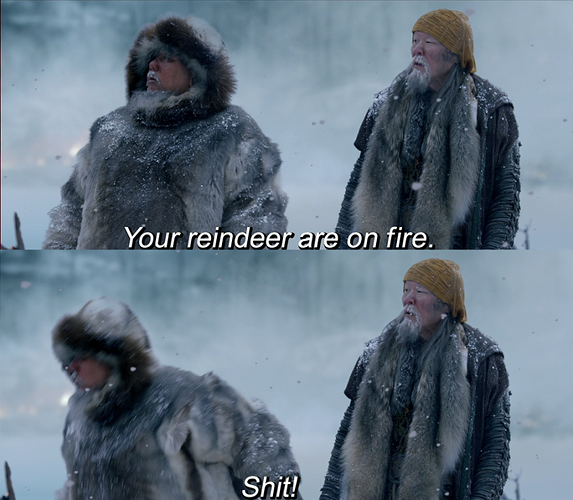 Was the lightning claim made by Finn Haugen, head of the Norwegian Wildlife Board? Guess that they couldn’t blame this case on a bear.

It has been a bad year for reindeer, including those Russian ones.

Shame about the deer, but that make for one hell of a good Heavy Metal album cover

It was Friday night that the mass death of reindeer …

Does Thor know Freia’s playing fast and loose with his equipment?

She really hated those cows, man.

Yes! Did no one else see that?

Santa,
Who is the reason for the season now?
Sincerely,
God

That is the best thing I’ve seen all week. Thank you.

Obvious the work of a Shaman getting carried away whilst trying out his new lightning bolt spell.

Wait 'til you see a Blitzen Party!