Now just wait until Boris actually does anything…

It’s time to man the lifeboat.

Re-Take that poll after a year of Boris the f@ckwit, bet you anything you’ll have some more that want to leave the UK.

I’m disinclined to support separatist movements in the West seeing as how they often pander to the most chauvinistic forms of nationalism and (these days) how they benefit bad actors like Putin. In the context of Brexit, though, I support this effort. If BoJo the Clown manages to crash the UK out of the EU the numbers in favour of a Scexit are only going to increase.

and will we learn what’s under the Union Jack when all the UK overlays are removed? (“a blond bulldog with its back turned”)

There’s a distinct thread of non-chauvinistic autonomism within European politics, that finds its application here.

In the Brussels declaration of 2000 the EFA codified its political principles. The EFA stands for "a Europe of Free Peoples based on the principle of subsidiarity, which believe in solidarity with each other and the peoples of the world." The EFA sees itself as an alliance of stateless peoples, striving towards recognition, autonomy, independence or wanting a proper voice in Europe. It supports European integration on basis of the subsidiarity-principle. It believes also that Europe should mo The...

A Europe of small countries who know they have to cooperate, and reject the post-imperial hangups of larger nations is very different to the ethnic exclusivity that usually gets attached to the word “nationalism”.

I don’t think the term of Boris will last a year. Either he leaves the EU in October without a deal and the whole economy will come crashing down, and he heads for the hills. Or he will disappoint his base by not leaving the EU, and they will replace him.

You always were the positive thinker in the bunch…

An independent Scotland, a united Ireland, all two very possible things thanks to this Brexit shenanigans. I mean, how could the UK say no to these ideas, when their leaders have been pushing the idea of sovereignty so hard. If that happens the pound would tank, and the UK (would as a mostly ironic name, now) would be the least powerful it has been in centuries. It’s economic bargaining would be so much worse. On top of that, I could see Scotland and Ireland remaining with the EU, and the fall out would be less, I would think.

Not only that, but I believe there is a strong majority of Scots who would want Scotland to not only leave the UK, but re-join the EU. How sweet would that be?

I wonder if this version of Braveheart will be more historically accurate than the Mel Gibson one.

and the UK (would as a mostly ironic name, now)

The kingdoms that are united are England and Scotland (neither Wales nor N.Ireland are kingdoms), so technically, no Scotland, no UK.

That’s not something I’d regret.

I believe there is a strong majority of Scots who would want Scotland to not only leave the UK, but re-join the EU.

Oh, definitely. In the 2016 referendum, Scotland strongly voted to remain (62%); not a single voting area returned a ‘leave’ result.

I’m hoping an independent Scotland (that’s independent of England, but within the EU) will offer the same citizenship qualification as Ireland, as I’d qualify.

I don’t think the term of Boris will last a year. Either he leaves the EU in October without a deal and the whole economy will come crashing down, and he heads for the hills. Or he will disappoint his base by not leaving the EU, and they will replace him.

Or he calls an electon before 31/10 and wins - which he will. And then we are all dooooomed, dooooomed, I tell you.

and wins - which he will.

Yep. I can’t see any other result.

But then the Tories and Labour will (thankfully) implode, and - I hope - the middle ground will be repopulated by the adults.

Are there any current polls to support that? If it really happens, I’d hope that voter turnout would be much better than at the referendum in 2016, because this would be as close to a second one the UK would ever get - if every party would get a clear stance on leave or remain. Have the Dems Has Labour finally made up their minds, or are they still divided on that issue?

edited for confusing parties and countries…

The Dems? The LibDems never needed to “make up their minds” they have always been remainers (“Bollocks to Brexit”).
Turnout may not increase hugely. This, today, partly explains why, in passing (it is not its main point but worth reading anyway): 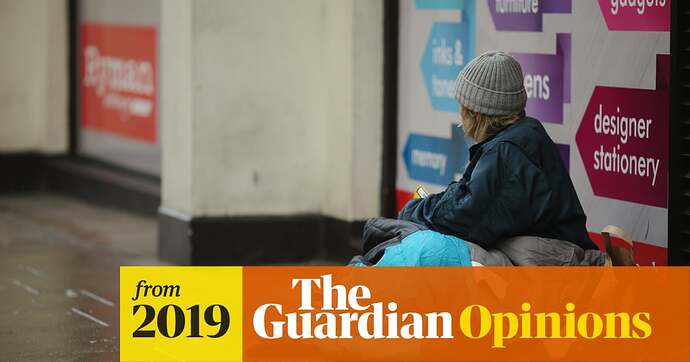 Blame the scroungers. Blame the migrants. How Britain fell for austerity |...

We do not need polls to know that Corbyn is unelectable and Boris will charm the socks off enough dumb fucks to scrape by and in any case will garner many Brexit party votes. At best, and only if electoral pacts are done to stop remain candidates from different parties standing against each other, the LibDems may hold the balance of power in a hung parliament. But if Brexit party voters go to Boris, it’s all over.

ETA and while we are having an election, the probability is 31/10 will pass and we will be out anyway. 31/10 is a Thursday - traditional polling days in UK so I’m betting that’s when the election will happen.

ETFA ref @Jorn_C’s update: Labour have not officially made their mind up yet, but many, many noises indicate they may stand with at least a referendum position - but Corbyn is a fixed Brexiteer and will have to be dragged to any new position inch by inch. I fear some of the noises may be wishfu thinking. There are enough Labour MPs who want a clear position of this kind that they may overcome his objection. In 'normal 'circs they may force a leadership election, but there is no time for that (it involves the whole party membership and takes weeks/months)

This from a couple of weeks ago may help you understand what is going on in Labour. 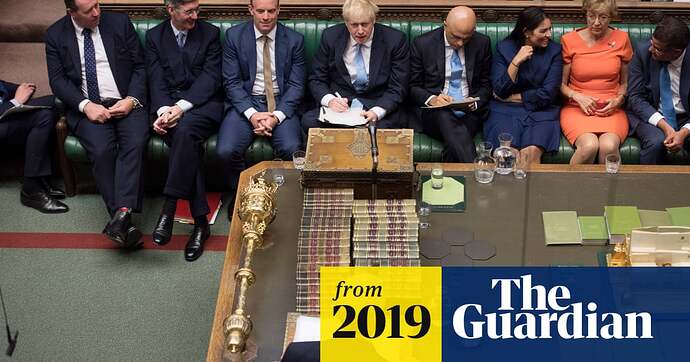 (And I probably should have added a “Don’t Panic” clip from Dad’s Army, too.)

The kingdoms that are united are England and Scotland (neither Wales nor N.Ireland are kingdoms)

You could make an argument that NI is the rump of the pre-1801 Kingdom of Ireland, I suppose …

I’m hoping an independent Scotland (that’s independent of England, but within the EU) will offer the same citizenship qualification as Ireland, as I’d qualify.

The SNP’s position is (or was):

Yeah, it seems all the arguments for getting UK out of Europe apply even more so for out of the UK: “No more over-zealous bureaucrats in Brussels incompetent clowns in London overriding local controoooooooooooool”