MAGAts are the same arseholes who constantly complain about “woke” teachers bringing politics into the classroom. As always with the modern American right, it’s projection wherever one looks.

Schools are definitely allowed to impose dress codes on students, why not on teachers. This includes a lot of free speech issues like shirts with words on them that are exactly equivalent to wearing a maga hat. 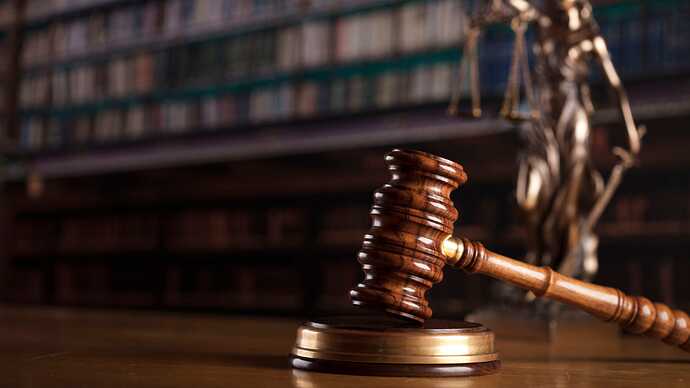 Settlement reached in 'rainbow cake' photo lawsuit against a Louisville...

Parents sued Whitefield Academy and a writer in 2020, claiming their daughter was expelled for celebrating her birthday with a rainbow-themed cake.

I’m sure he would have no problem with a BLM shirt in his classes, then. Right?

The MAGA fool was wearing his hat at a teacher-only training session, which the 9th Circuit points out presents a different set of concerns (and protections) than speech presented by teachers in a classroom. I have no idea of there was actually any retaliation by the principal for this fool’s protected speech, but the court is on pretty solid ground in holding “Because the undisputed facts demonstrate that Dodge’s MAGA hat conveyed a message of public concern and he was acting as a private citizen in expressing that message, we conclude that Dodge was engaged in speech protected by the First Amendment.”

We can’t have it both ways. If they won’t ban hats supporting Biden, they can’t ban the MAGA hat, despite its many negative and bigoted connotations.

As long as it’s only men wearing them. If women start wearing a form of clothing more traditional for the opposite gender, it could lead to impressionable children being groomed into alternative lifestyles. /s

If they won’t ban hats supporting Biden, they can’t ban the MAGA hat, despite its many negative and bigoted connotations.

Except many schools ban BLM, LGBTQ and other “statement” articles of clothing. As usual “free speech” is something applied to the right wing and no one else.

For what it’s worth, this was not a case where in-class speech, whether from students or from teachers, was at issue, which makes a meaningful difference (the in-class speech has a “disruptive” element that is slippery, but generally it requires more than just being unpopular).

There are pretty limited and well-defined types of speech that schools can ban in the classroom, most of which have their reasoning rooted in Tinker v. Des Moines.

Of course, that’s not to say that some schools don’t disregard the law and seek to punish unpopular views anyway, but this opinion adheres to a pretty reasonable standard that would be dangerous to toy with, in my opinion.

I agree totally, and whenever I read stuff like this I’m reminded of many arguments with my kids and their ‘it’s all about me’ logic applied.

Well…it is. We cannot forget the 1st amendment just because of the magafacists

I don’t think, as other posts elaborate, first amendment is the point, it’s that these nuts only apply it when it suits.

As a public school teacher, Dodge is a representative of the government, not a citizen. He is well within his rights to wear his MAGA hat to the grocery store or ball game, but he should not be allowed to wear it to school functions. If this is unclear, imagine a Klan hood instead. This seems like too clear a case for the 9th Circuit to screw up, so I suspect there are more details to the case not covered in this article.

I think it’s a perfectly reasonable restriction that teachers, as representatives of the public school, should not display partisan swag at school functions, regardless of the ideology behind them. As has been pointed out elsewhere, displays of liberal icons have already been banned in many school districts. This looks like a case of “rules for thee, but not for me.”

Agreed I will always err on the side of the stated intent of the 1st but as someone said he was present as a teach in the employ of the govt. that is worth a debat

I think it’s a perfectly reasonable restriction that teachers, as representatives of the public school, should not display partisan swag at school functions, regardless of the ideology behind them.

The opinion addresses that issue:

It would be one thing if Principal Garrett was enforcing a generally applicable policy that banned all political expression. A government employer can categorically prohibit political speech as a valid administrative interest such that the prohibition does not favor or disfavor any particular view. See Hudson v. Craven, 403 F.3d 691, 70001 (9th Cir. 2005). But that is not what happened here. Although the District has a policy prohibiting all political messaging in school now, the District’s counsel admitted at oral argument that this policy was issued after Dodge filed his HIB complaint. There was no general prohibition on political speech when Principal Garrett told Dodge he could not bring his MAGA hat to school.

Even more troublesome, Principal Garrett openly admitted and defended her allowance of other political symbols and speech at Wy’east, including a Black Lives Matter poster hanging in the school library and a Bernie Sanders bumper sticker displayed on her own car. And this speech was not without its own controversies; when another teacher, married to a police officer, “expressed concerns about a Black Lives [Matter] poster” directly to Principal Garrett, she took no action and testified that she could not understand why the teacher “felt like [the poster] was disrespectful of police.” Principal Garrett’s explanation for her differing reactions boils down to her viewpoint preference[.]

Fucking hell. From the article:

Jacobson wrote in his email to Alford that the picture "demonstrates a posture of morality and cultural acceptance contrary to that of Whitefield Academy’s beliefs” and, alluding to allegations of bad behavior in school on the part of her daughter, said it followed two years of “lifestyle violations.”

At least they’re honest that they don’t support morality and acceptance, I suppose.