The Oxford/AstraZeneca vaccine is the only one currently made in the UK, and outpiut is probaly only enough to meet UK demand.

Will AstraZeneca dispatch extra doses to Europe from its vaccine production sites in the UK?
This looks unlikely or very difficult. AstraZeneca has committed to delivering 2m doses a week to the UK as part of its order for 100m doses in total. That is pushing capacity fairly hard and depends on no unforeseen issues arising, such as poor yield as in Belgium or other issues such as batch quality. 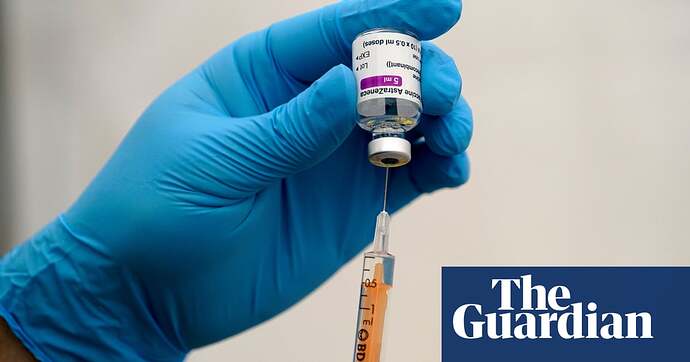 Why has AstraZeneca reduced promised vaccine supply to EU and is UK affected?

In fact, the UK was importing extra stock from India until the Indian government suspended all exports. 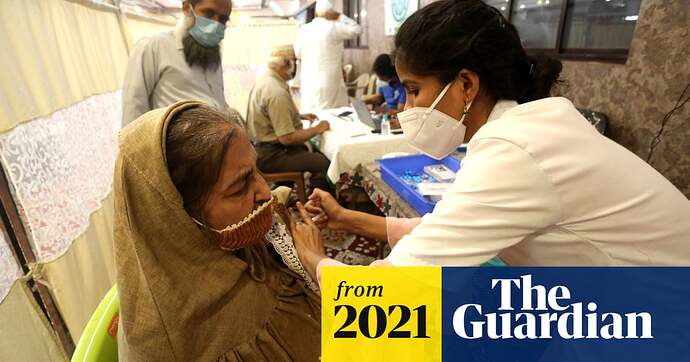 Exactly what I am saying. The outcry is about the EU considering doing the same thing the UK has been doing all along. Currently EU production doesn’t cover local demand either and they are still exporting.

But it would be crazy to export stock from the UK while importing stock of the same vaccine at the same time to cover a shortfall that would exist even if nothing was exported.

I don’t know what you want me to say. I’m not contending that the UK is necessarily wrong in what they’re doing, only that they are condemning the EU for doing exactly the same.

Even granting all the claims being made about the AstraZeneca vaccine (which I don’t), it’s pretty clear that no one is doing anything like a comparative risk assessment of complications from vaccine vs. risk of getting covid and complications from it (which do include increased risk of blood clots).

It’s even more clear that regulators and other government agencies have been really incompetent this whole past year at anticipating the second-order impact of statements like this, in terms of people deciding not to get other vaccines, people ignoring good advice and taking silly advice on what’s important for reducing risk of getting sick, and so on.

However, that statement only made waves in the UK

That is not what friends and colleagues in France and Spain have told me. At least three have separately told me that they and their families are confused and hesitant of accepting any kind of vaccine thanks to conflicting messages coming from their leadership and media. On the one hand they are seeing blocks put on OAZ for certain age groups (only for those to be lifted) and on the other they are seeing the EU demanding more OAZ or stopping exports of it. And who can blame them?

This is not a skewed perspective it is one that wants worldwide vaccination as quickly as possible, especially on the doorstep.

The EU made the mistake 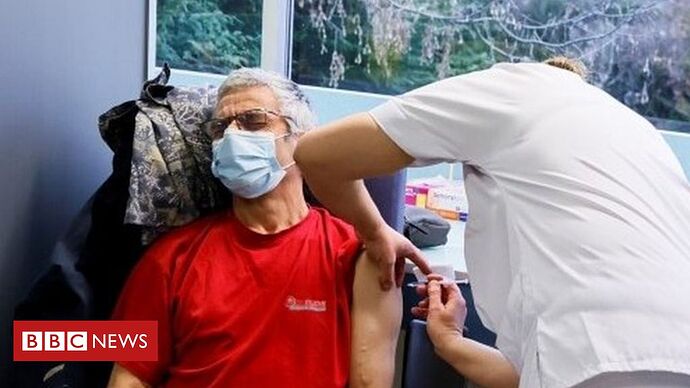 Ursula von der Leyen tells the Brussels Parliament "we're still not where we want to be". 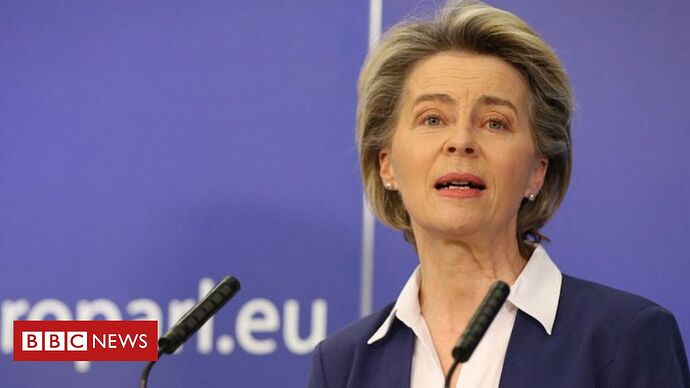 Ursula von der Leyen admits mistakes were made in the EU's vaccine strategy as Germans question the rollout.

The DSRU at Southampton University looked at cases of thrombosis (blood clotting inside the arteries) linked to thrombocytopenia (a reduction in blood platelets that usually causes bleeding but in rare cases results in clotting) and concluded that they were linked to the AstraZeneca vaccine.

Maybe it’s pedantic, but if you are going to report on sciency health stuff, at least get you terminology correct.

Ok, pedantic rant over. Carry on.

Yeah, seems to be this condition specifically

Thrombotic thrombocytopenic purpura. This is a rare condition that occurs when small blood clots suddenly form throughout your body, using up large numbers of platelets.

Are you sure it’s the same vaccine? Also, we don’t know, but we will find out precisely what shithousery the Tories were up to. They don’t care enough to hide their tracks and there will never be any consequences at home. We do know that AstraZeneca (which I Will take if and when it’s offered to me, and which would have quite likely been very soon only for the English not exporting it) have not delivered despite signing contracts to do so. They export from lots of factories except their UK ones. This may not be government interference, but being honest, I’d want that proved to me. In any situation where Tory lies and dishonesty are possible explanations, you really would need to have no grasp of centuries of history to assume good faith. Anything they say to a foreigner is worthless.

Let’s look beyond the headlines here. Quoting from your second article:

But international headlines of anti-EU outrage in Germany are exaggerated. Much of the German criticism of Ursula von der Leyen has come from long-standing left-wing adversaries or right-wing rivals.

The most ferocious critics of her and of the EU’s vaccine strategy have come from the UK and the US.

This is, again, exactly what I have been talking about.

Ironically, I’m the first to happily criticise von der Leyen. She’s been one of the worst defense ministers Germany has ever had (and that’s saying something) and she has no place bringing her upper class cronyism brand of incompetence to the EU. She’s the epitome of the CDU’s smarmy conservative type of patronising governing style. But that said please note what it is she had to apologise for:

The EU was late to authorise Covid-19 vaccines and “still not where we want to be”, European Commission President Ursula von der Leyen has said.

She also acknowledged the EU had been overconfident about production targets being met amid delays at factories.

Neither of these the Commission had any control over. The former is in the hands of the EMA, the latter in those of the vaccine manufacturers.

Are you sure it’s the same vaccine?

Serum Institute of India makes the Oxford/AstraZeneca vaccine under licence, and five million does made in India have been exported to the UK. 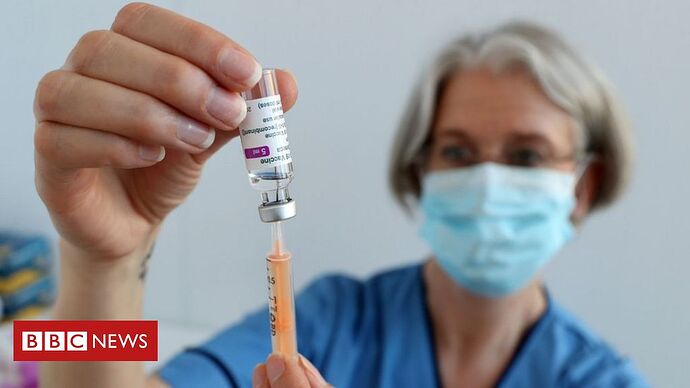 It is understood a shipment of five million AstraZeneca doses to the UK has been held up by four weeks.

No, all the imports to the UK? I assume all of the imports aren’t AstraZeneca from Belgium though some are. I assume BioNTech forms some part of that.

I do know that AstraZeneca was the primary supplier for Ireland but that BioNTech has delivered four times as much as AZ, and yes, I do blame the English government for part of that. It would be crazy not to. They haven’t exported any, they have imported from the EU, and we have a land border with no customs barriers. They would be part of our normal supply chain except for English government interference.

How about it? It mostly raises points that have already been discussed in this thread and I agree with its conclusions.

I assume you are alluding to this passage?

An obvious question is – can’t people just take other vaccines that don’t have this risk? Again, in normal times that might be the case, but not in the middle of a pandemic. In Europe COVID is experiencing another surge, likely caused in part by the emergence of new variants, and perhaps also by prematurely relaxing preventive measures and pandemic fatigue. The AstraZeneca vaccine is a critical part of Europe’s strategy to vaccinate its population as quickly as possible. It is also cheaper and easier to administer than other vaccines, and so is critically important to poorer countries. You can also argue that worldwide we are in a race against the emergence of new and deadlier variants, and any delay in vaccination can have significant repercussions. A global risk vs benefit approach is needed here.

I honestly don’t know. All the messaging so far from countries that have restricted AZ to higher age groups has been that they can compensate with other vaccines so the overall vaccination tempo doesn’t change. This author says otherwise but without providing any sources or calculations.

I think you’re remarkably naïve to think that politics doesn’t come into it and that the fuss being made over AZ by the EU presidency in the last few weeks isn’t going to apply pressure overt or covert to the EMA. These institutions aren’t run by scientists, they are run by political appointees and anyone who’s seen the inside of any EU institution will know just how political these places are. I suspect the scientists within the EMA are as appalled as I am when all the ‘evidence’ available when these pronouncements were being made was that the incidence of thrombosis among the vaccinated was the same as, or slightly lower, then would be expected in the general population. Still, let’s not let the scientific facts get in the way of a good argument.

As it is, Europe’s reaction through the delay of the vaccine and more importantly the massive increase in vaccine hesitancy will probably kill 100x more than would perish through the vaccine and will condemn a 1000x that to long, costly illnesses with possible permanent side-effects.

“Do no harm” indeed. More like “protect myself because allowing thousands to die by inaction is preferable to being actively involved in the death of dozens.”

I always saw it as “look, there are concerns, so we’re going to look into it. Hopefully it will convince you that the vaccine is safe.” And a huge, huge dose of hack rag reporters smelling blood and going into a feeding frenzy. Scandal addiction at work.

That’s a pretty detailed breakdown of the degree of uncertainty and number of uncontrolled variables in play here. If AZ is your only option, it is pretty clear that the best option is to get it. If you get to choose between mRNA and AZ, yeah, choose mRNA, but that is a choice lots of folks do not get to make. It would be great to have all the answers, and eventually that will be the case, but we need to deal with the now. In medicine we almost always need to make decisions based on incomplete and contradictory data, and we are pretty good at it. Not perfect, but pretty damned good. I would rest on that for now.

AZ is a Swiss company

A merger of a British and a Swedish company , actually. No Swiss people involved. You may be thinking of Novartis or Roche?

The spat is between the EU presidency and AZ, it’s got nothing to do with Britain try as some people might to make it about that.

That is exactly what I am saying! The ones that have been making the connection are the British press. The problem is that a lot of the world is being informed about European matters by the British press, for obvious linguistic and geographic reasons. Which means the British perspective is becoming the dominant one for outside observers and setting the record straight becomes a tedious affair.

I put in a request for an appointment to get my AZ shot. It’s through a pharmacy chain’s system, so I have no idea of what their availability and backlog are like.

If a York Region Pfizer/Moderna slot should open up before they get back to me with an appointment, I’ll take that and cancel/decline the AZ one. (And their system will immediately move on to the next person, nothing lost.)