A Course in Miracles

Does anyone know much about this whole thing? I have a friend who is way, way into it - he goes and listens to Rajpaul:

and something about it all just doesn’t pass the sniff test for me, but I can’t quite figure out the angle. Does anyone have info on this? Is it a scam of some sort? Is it just some New Age trend that’s caught on?

Well it’s not a scam, just a book. There’s nothing to “join.” And it never caught on in a big way, it’s been around since the 70s.

It’s a whole lot like Christian Science, updated to the 20th century. Vaguely Christian language, but definitely not mainstream-orthodox. There’s a story about how an angelic voice dictated it to a psychotherapist in the 70’s, but the more time passes, the more it sounds like it was written by a psychotherapist in the 70’s. Kind of like how the Book of Mormon sounds a whole lot like a preacher’s son wrote it in the 19th century.

No, I think it is in in a big way, at least according to these book sales: 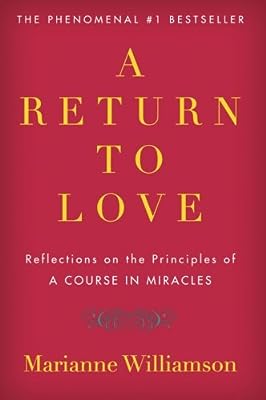 A Return to Love: Reflections on the Principles of "A Course in Miracles"

Back by popular demand -- and newly updated by the author -- the mega-bestselling spiritual guide in which Marianne Williamson shares her reflections on A Course in Miracles and her insights on the ap ...

What a surprise - back east It seemed like nobody had ever heard of it. Maybe geographical, who knows?

Oprah put the Marianne Williamson book on her list.

Never heard of it, but do any religions pass the sniff test?

As far as I can tell, the book was “channeled” by some Jewish lady who was channeling Jesus, or rather, Raj who is channeling Jesus. She started writing it down, using automatic writing. It reads like someone really poorly trying to imitate the King James Bible but with way worse grammar, which as we all know is how Jesus talks.

Nowadays, there is another person who is channeling Raj, a dude.

This topic was automatically closed after 703 days. New replies are no longer allowed.