Tunnels go both ways, too.

I’m wondering if someone will one day hijack a TBM and use it to drill out a tunnel that’s a couple of miles long and several hundred feet deep between buildings that aren’t even close to the border.

I know they use geophones to detect tunnels being dug, but someone could do it in a relatively unpopulated area that’s not covered.

Sure it does!
We have a whole sector of the economy dedicated to the War On {Some] Drugs…
Masses of private prisons, prosecutors, cops, attorneys, etc, would all be thrown out of work if the WO[S]D ended tomorrow, with severe repercussions on the economy.
Whole towns depend on the employment that the local prison brings.

Of course, Prohibition doesn’t prevent the availability of whatever is being Prohibited… makes it more expensive, though, & there ya go. There are palms to be greased, etc. to make sure those sweet sweet payouts never end.

ETA:
Bill Hicks said it best, paraphrasing:
“Making pot illegal is like saying that God made a mistake.”

Thank you for pointing out this obvious fact which often gets lost in the discussion of border security. “They’ll just use tunnels.” No, they won’t, for the reasons you said. 80kg of immigrant is worth only $5k to $15k, and immigrants talk, unlike cocaine. For comparison, 80kg of cocaine is worth very approximately $1,500,000, which is 100x to 200x as much as the equivalent weight of migrant, so no, they’re not going to be sending migrants through these tunnels.

Sure. That is true. And the War on Drugs is the impetus for so many laws that strip of us civil liberties. It is the thing that hinges on cops having a reason to do - well - basically everything they do. It is never just a simple traffic ticket, they are looking for something more.

It is never just a simple traffic ticket, they are looking for something more.

Ever wonder why simple traffic stops sometimes seem to result in a massive drug bust?

I would bet money they knew about the shipment due to illegal surveillance & use the traffic stop as a convenient [and legal] excuse to make the bust.

“There is no more light at the end of this narco-tunnel,” said Randy Grossman, U.S. attorney for the Southern District of California.

I would bet money they knew about the shipment due to illegal surveillance & use the traffic stop as a convenient [and legal ] excuse to make the bust.

I honestly think most cops are too inept for that shit.Even at the federal level.

There literally is so much drugs being moved around, everyone once in awhile they catch someone smuggling them, they act super nervous, and then they bring the drug dogs out.

You’re right you can’t drive for more than 5 min with out violating, even briefly, some traffic law.

I know they use geophones to detect tunnels being dug, but someone could do it in a relatively unpopulated area that’s not covered.

If you’re in an unpopulated area why invest in that kind of infrastructure when lobbing it over with a trebuchet would do the trick? 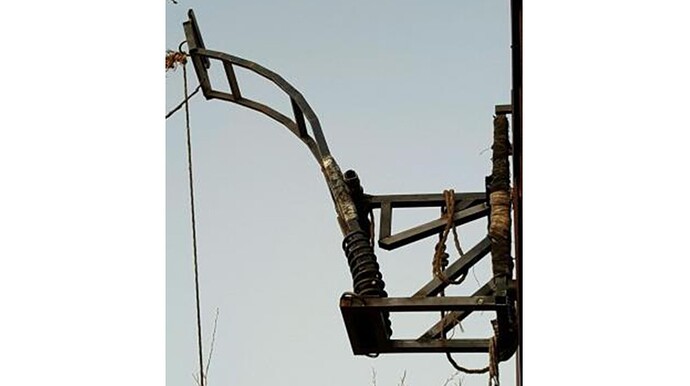 Someone Built a Giant Drug Catapult on the US-Mexico Border

When border agents swept the surrounding area, they found two bags of marijuana weighing in at just over 47 pounds.

Last week a surveillance camera caught traffickers launching marijuana over the border fence south of Bisbee, Ariz. See how they did it.