I always wanted one of those. They just look so cool.

Looks like a deformed baby of a propane tank.

I wanted one so much as a kid… probably. Might have been an earlier but equally cool model. I probably would have used it once or twice a year.

I’ve had one for almost 30 years. Camping, cold, kids. It’s basically bulletproof (in addition to looking awesome and being incredibly easy to use).

One of my favorite trips used to be going to the Edmund store in central NJ: half scientific curiosities, half industry/army surplus.

I love that telescope. I got one from my grandma in 1977, when I was 9. Still have it. It’s covered in Burning Man stickers and playa dust now…wonder if it’s possible to take it apart and give it a good cleaning.

Do not attempt to use it as a water pipe.

Drooled over these in the catalog every year growing up. Might have to engage in some middle age childhood wish fulfillment.

If “astronomy buffs” screeched at the thought of actually using it to view the skies, they aren’t very good astronomy buffs. The Astroscan is one of the legendary “grab-and-go” scopes that take no setup time, and offer a rich, wide field for viewing. You don’t need a tripod; you can actually cradle it in your arms to view, although a tripod makes the view more stable. Absolutely a classic, both in design and function.

The Astroscan is one of the legendary “grab-and-go” scopes that take no setup time,

This is what appeals to me. I had a regular refractor telescope for a while, but eventually gave it away because it was such an unwieldy PIA to store, set up, take in the car, etc.

I’m curious if anyone has any other recommendations for this kind of “grab-and-go” form factor.

Exactly. Scopes like this can turn newbies on to astronomy, and even more experienced viewers may want something simple and quick from time to time.

I also have a small orphan telescope that I love. I was looking for a scope that I could also use as a spotting scope here on earth and photograph with too.
Here is an island in Mendocino, and a photo of sea lions on the rocks, to the right of the first Island. 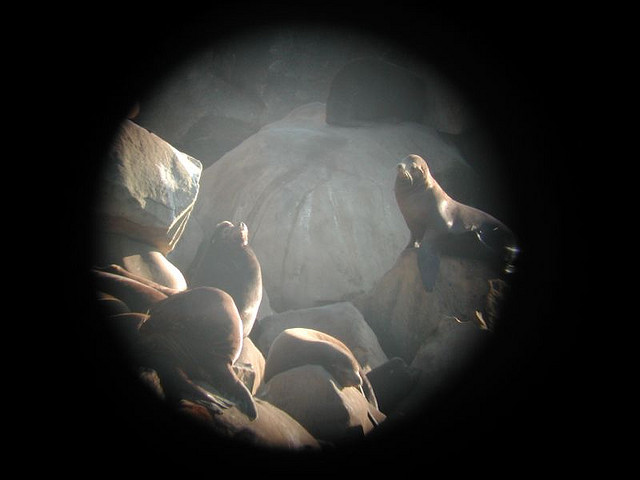 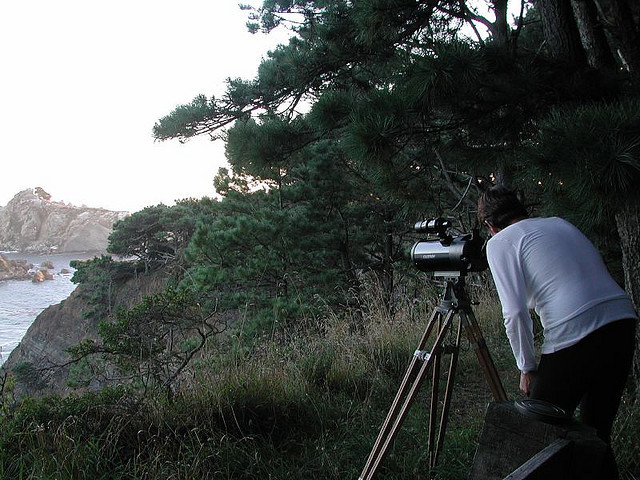 ing scope here on earth and photograph through.
Celestron C130mm

I was thinking about getting a telescope for Jr (and us) this Christmas.

I’d heard good things about the Celestron FirstScope but I do like the look of this. Any idea which is better for absolute beginners?

The Astroscan is a better bet.

I would suggest looking on eBay for an early model made in USA Astroscan. If it comes with the original 28mm RKE eyepiece (newer models come with a 28mm Plossl instead) all the better.

Thanks!! I have an only-once-used Astroscan in the garage right now, in the original box! I used it once and made myself dizzy and to be honest… I got lazy and packed it away. It’s often foggy at my house, but I have no excuse but laziness. Huge thanks for reminding me about my Astroscan. (I bought it after I read, The Rift by Walter Jon Williams).

Thanks!! I have an only-once-used Astroscan in the garage right now

I have a Celestron that I picked up at a yard sale for $40. All it needed was an eyepiece.

My shame is that it’s seen about 30m of sky since I bought it.

My shame is that it’s seen about 30m of sky since I bought it.

Pan-tilt mount, camera on the eyepiece, permanent site on the roof. Then you can watch stuff from the warm bed, or even script the automated image acquisition of objects to be done while you sleep.