Unsurprisingly, libraries share information about book challenges, often including the exact wording of the complaint. (The personally identifying information about the person making the complaint is not shared, of course.) It’s very telling to see the exact same phrases repeated word for word in these challenges. Beyond that, you’ll see the same text used in Amazon and Good Reads reviews, often failing to omit the parts about “having this material on the shelves in the library.” (I’ve caught several Amazon reviews that leave that wording intact.) 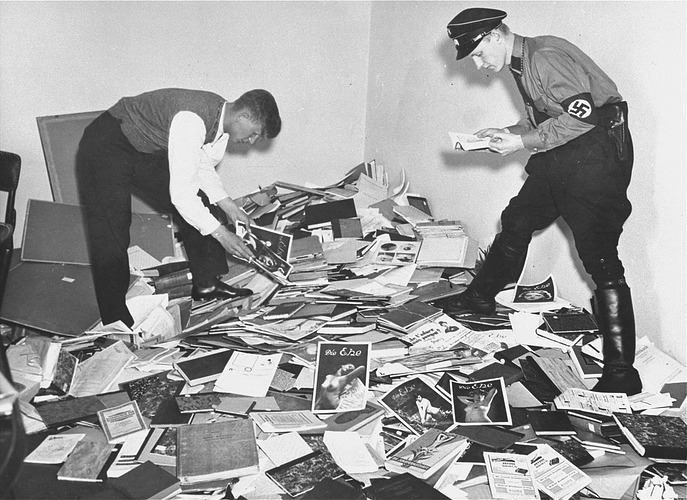 Shortly after the Nazis took power, May 1933. NEVER FORGET!

They’re doing so by capturing local offices: school board seats, county commission seats, town councils. This is one of those instances where progressives and liberals can and often do stop the fascists.

Conservative political groups seeking to block books with storylines about minorities and LBGTQA+ folks are mounting more organized and more frequent attacks on our freedoms.

From the NPR story: “According to the report, Texas ranked first among states with the most bans.”

Again my home state shames me. It’s been worse and worse since the damn republican carpetbaggers started taking over in the 80’s from the yellow dog democrats, and finally defeated one of our most colorful governors, Ann Richards in 1994. (“Poor George [Bush], he can’t help it. He was born with a silver foot in his mouth.”)

It’s been an increasing shitshow ever since.

The only counterpoint I can suggest is that, since Texas is probably the largest of the Red states, it has far more total school districts to be taken over.than most. (It’s mostly school libraries where the bans are taking place.)

Just watched this, and it contains good information on combatting these efforts at the local level:

I’m also hoping that some of the parents caught up in these movements get the message that they are also harming their children’s ability to compete in the workplace (if developmental, social, and moral arguments fail). Keeping kids in a bubble not only won’t prepare them for real life, it’s also likely to cause them to fail state assessment and/or college entrance exams. Maybe the thought of having to support their children and grandchildren because of it might get them to rethink their actions. 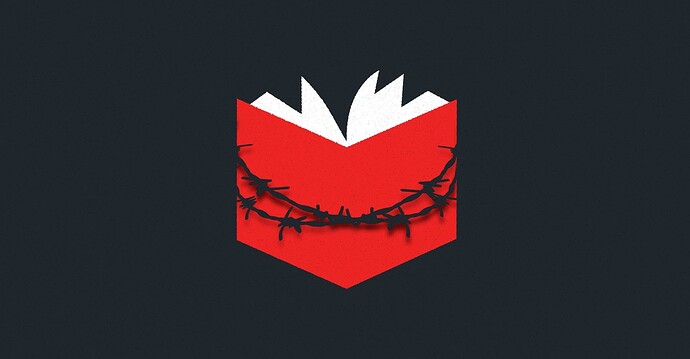 The Banned Books You Haven’t Heard About

When a book gets censured, it feels good to assume its sales will increase. But that’s not the whole story.

Lots of conservatives using false equivalencies and outright lies to play the “both sides” card. For example, “liberals banned the Bible in public schools!” (no they didn’t, but the non-establishment clause of the First Amendment means it can’t be used as part of a public-school curriculum outside of an appropriate context like a religious studies class) or “liberals even banned Dr. Seuss!” (no they didn’t, but Seuss’ publisher chose to withdraw two books from further publication due to very dated racial stereotypes).