On the banning and burning of books

A place to discuss and post stories about the upsurge in book banning. We’ve had several news related threads, but not one for what is becoming only too common.

A librarian in Texas has lost her job for refusing to remove books from the library.

Baker said she was given the warning to remove books by her boss, but she did not comply.

And a general source for book banning

-Banned Books Week is an annual event celebrating the freedom to read. Typically held during the last week of September, it spotlights current and historical attempts to censor books in libraries and schools. Banned Books Week brings together the...

Do people not take these actions as seriously as in the past because of the availability of digital copies? As a long time advocate for libraries in general I find any law limiting access to information scary, but it is much harder to actually remove a book from access these days. Maus was being offered for free online within hours of that Tennessee ban being reported. This would connect to laws being proposed that would make doing something anywhere if you reside in a place where the law is valid a crime-here’s looking at you, Idaho!-if you can get medications over the internet then making dispensing them at the drugstore illegal won’t have the same effect.

A librarian in Texas has lost her job for refusing to remove books from the library.

Her boss told her to remove the book, she refused, he fired her.

Does he now order another librarian to remove the book and fire that person if they don’t?

How far down the chain does he go before removing the book himself?

Get a backbone and do your own dirty work.

It isn’t as much access as availability that is important with many of these books, particularly the LGBTQIA books. Those need to be on the shelf, available for any student to pick up. Sure, if the kid knows the book exists, they could go find a copy unless their parents are particularly difficult. But they have to know it exists to even look. From what I have read and listened to from student advocates, randomly running across these books was a pivotal moment for many of them. They didn’t even have the vocabulary to express their own feelings, much less go looking for books containing characters with those feelings. And, as always, we must consider the most vulnerable among them. The ones with christofacist parents watching everything they do outside of school. The ones with no money, home, or internet access outside school. For those kids, the school library, both physical and digital, is their only point of access.

Public libraries are a crucial part of any functional society. I just suspect that many people are more likely to shrug off these actions with the thought that “they can just find that online anyway”. It’s a thoughtless comment, but many people don’t bother to give much thought to any issue. I think this line of thinking means we have to be more vigilant and more forceful in protecting public libraries and access to them for everyone.

they have to know it exists to even look.

Having grown up in the UK in the 80s where such literature was deliberately kept from kids… yeah. Kids need to learn that differences are OK and sometimes glorious, not growing up ashamed of themselves or forced into hiding.
Librarians are heroes and need celebrating, the ones that look out for the queer kids even more so.

Kids need to learn that differences are OK and sometimes glorious, not growing up ashamed of themselves or forced into hiding.

This is so important. As a child of the 80’s and 90’s, I grew up observing how society treated people who were different. As a result, I kept my differences hidden away for far far too long. Had books like these been available, accepting myself would have been less of a struggle. And yes, librarians are heroes.

Do people not take these actions as seriously as in the past because of the availability of digital copies?

that maybe be part of it, but honestly, I think most people who are not directly targeted by the right wing dismiss it as a relic of the past that we’ve moved past and they think that “private” individuals doing it (such as that pastor in TN) or school boards banning books is not the same thing as the “government” doing it. They also believe that it can’t happen here in America, when it have and very much can.

We should also remember that there is very much uneven access to the the internet.

Public libraries are a crucial part of any functional society.

And many conservatives have very much questioned the necessity of libraries and would gladly gut them or eliminate them entirely.

It’s a thoughtless comment, but many people don’t bother to give much thought to any issue.

Do people not take these actions as seriously as in the past because of the availability of digital copies?

Maybe, but in addition to what others have said in reply to that idea, i think it’s also that most of the people in the U.S. who don’t think books should be banned let alone burned see these current examples as all that common.

They don’t see the organized, deep-pocketed political force behind it, and so they when they do hear of examples, they dismiss them as something whacky, fringe, and supposedly harmless, like bible thumpers who hang out at abortion clinics, or people who dance in backwoods churches with handfuls of poisonous snakes.

They don’t see the organized, deep-pocketed political force behind it

This. It’s the more covert part of the culture wars…

They don’t see the organized, deep-pocketed political force behind it,

Moms for liberty is a big force behind this. They claim they are grassroots, but have serious funding. https://www.google.com/amp/s/amp.theguardian.com/us-news/2022/jan/24/us-conservatives-campaign-books-ban-schools

All I get is a favicon? 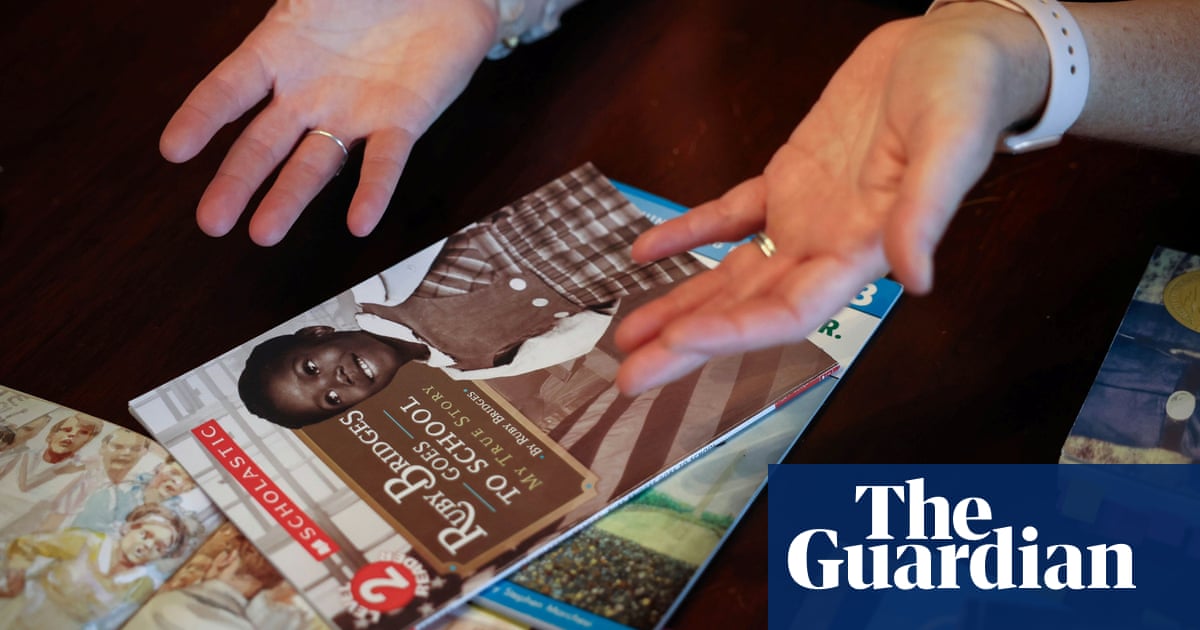 Are you having trouble seeing the link?
Maybe an imbed will work Article

And a more recent take from NPR

A conservative campaign to ban certain books from schools is prompting other parents to push back. The issue is often framed as the latest "culture war" battle, but some see democracy itself at stake.

Also John Birch Society might be insane, but it’s got money behind it.

[image] Granbury ISD Superintendent Jeremy Glenn, pictured at a school board meeting on March 21, was recorded telling district librarians in January that students don’t need to have access to books on sexuality and transgender people: "There’s no place for it in our libraries,” he said.Shelby Tauber for ProPublica, The Texas Tribune, NBC News

as much as it pains me to admit, as I graduted that high school, along with fewer than 100 classmates, so many, many years ago. i still have a smattering of family there in Hood County, but I do not recognize the cesspool it has become.
may Rio Brazos scrub that place back down to the rotten limestone it was built upon.

Definitely one of the shit shows of Texas. We have so many. I’m glad the ACLU is on it and I hope those LGBTQ students keep safe. This state can’t turn purple fast enough. We’ve let these right wing assholes propagate and entrench themselves for way too long.

As a long time advocate for libraries in general I find any law limiting access to information scary, but it is much harder to actually remove a book from access these days.

Speaking as someone who works in a library I’m glad others have mentioned the value of browsing but I’d also like to emphasize the fact that not everything is available online. I know you know that but it might surprise you how much material that’s theoretically online isn’t. Granted I’m mostly talking about academic publications where the older issues have mostly been digitized, but there are often gaps, or, depending on the nature of the technology, the digitized copy may be unreadable.

There are also a lot of online resources that libraries provide that are only available with a library card. Getting a card should be easy, and most of the time it is, but if someone, for any reason, can’t, or if they’re, understandably, concerned about privacy, print books are the ideal way to read anonymously.